Deal is reached for lifesaving cystic fibrosis drugs on NHS

A deal has been reached to provide lifesaving cystic fibrosis drugs on the NHS which could help thousands of sufferers. 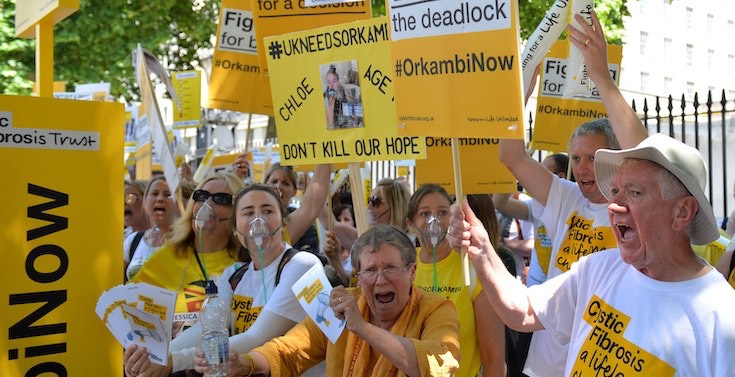 5,000 patients now have access to drugs through NHS England

A “long hoped-for” deal has been reached to provide lifesaving cystic fibrosis drugs on the NHS which could help thousands of sufferers.

Around 5,000 NHS patients will now have full access to Orkambi, Symkevi and Kalydeco, following an agreement between Vertex Pharmaceuticals and NHS England.

Vertex said patients will be able to access the drugs on prescription within 30 days.

The breakthrough follows a row which dragged on for more than three years between the pharmaceutical firm and the NHS over the cost of Orkambi.

The drug is said to slow decline in lung function – the most common cause of death for people with cystic fibrosis.

Health Secretary Matt Hancock tweeted: “I know personally how important this is – and I’ve met many sufferers. Things like this are the reason I do this job.

“For those who say the system doesn’t work, this proves them wrong. We can get lifesaving drugs at a fair price, thanks to Nice and the NHS. We should all reject calls to undermine that.”

The Prime Minister said: “This is fantastic news for those suffering from this terrible disease.

“I pay tribute to those who have campaigned so passionately and tirelessly on this issue – your efforts have made all the difference.

Labour leader Jeremy Corbyn said it was a victory for campaigners who “stand together and take on the powerful”. 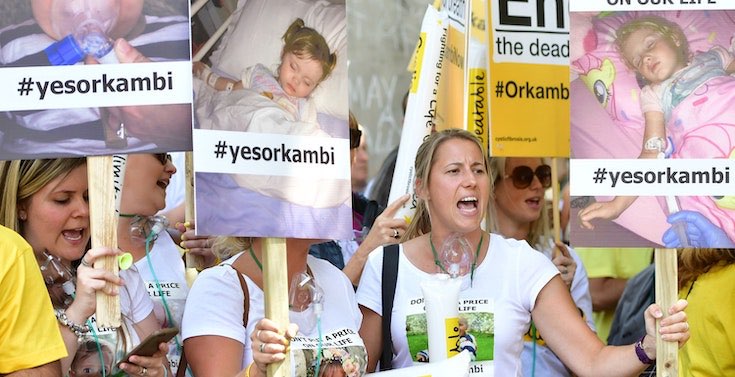 NHS England said the deal was made possible by the company agreeing confidential commercial terms that constitute good value for British taxpayers.

The National Institute for Health and Care Excellence (Nice) has backed the agreement, and Vertex will submit its drugs in due course for their appraisal.

Mr Stevens said: “The UK has the second highest prevalence of cystic fibrosis of any country in the world, so today is an important and long hoped-for moment for children and adults living with cystic fibrosis.

“That fact also means that any drug company wanting to succeed commercially in this field needs to work constructively with the NHS.

“I’m pleased that Vertex has now agreed a deal that is good for our patients and fair to British taxpayers.”

Mr Corbyn tweeted: “This is life changing for everyone with cystic fibrosis in our country, they’ve waited years for this drug.

“A victory for all the campaigners who have taken on big pharmaceutical companies’ greed and Government inaction. “When we stand together and take on the powerful, we win.”

The Cystic Fibrosis Trust also welcomed the deal, but said that although 4,387 people in England will benefit, Wales and Northern Ireland remain without a deal.

Chief executive David Ramsden said: “This is a very special day and I want to thank people with cystic fibrosis, their families and everyone who has been part of this campaign for their persistence and determination to keep on fighting.

“We know it doesn’t end here – we will continue to fight for similar access in Wales and Northern Ireland so that all people with cystic fibrosis in the UK are able to benefit from these life-saving drugs.

Dr Caroline Elston, chair of the UK Cystic Fibrosis Medical Association, said: “We welcome this amazing progress in England, and look forward to receiving further details on how this will be rolled out by NHS England, and what this means for people with CF in Northern Ireland and Wales.”

• Cystic fibrosis patients in Scotland get access to life-extending drug