Advancing our health: prevention in the 2020s was published by the Department of Health and Social Care and the Cabinet Office. 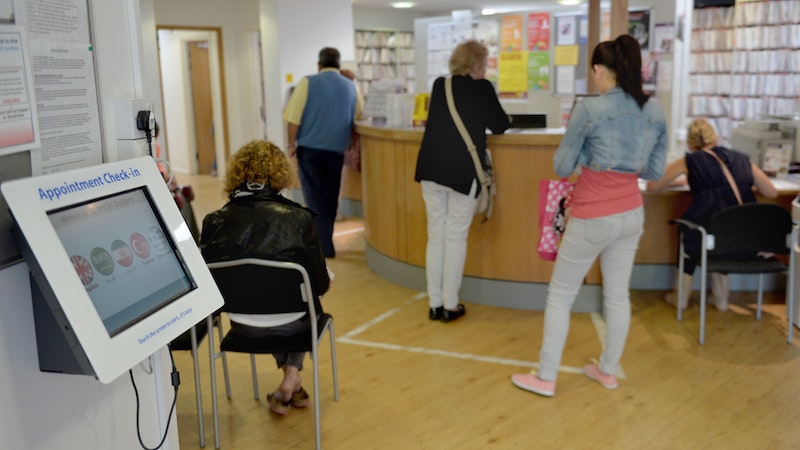 The Government has published a consultation into proposals for tackling the causes of preventable ill-health in England.

The green paper - Advancing our health: prevention in the 2020s - was published by the Department of Health and Social Care and the Cabinet Office on Monday.

• Government aims to end smoking in England by 2030

It outlines a range of proposals aimed at improving the country's health, including pledging to ban the sale of energy drinks to children under 16 and ambition for England to go smoke-free by 2030.

But the Government was accused of "slipping" the paper out and trying to "bury it in the dying days" of the current administration. 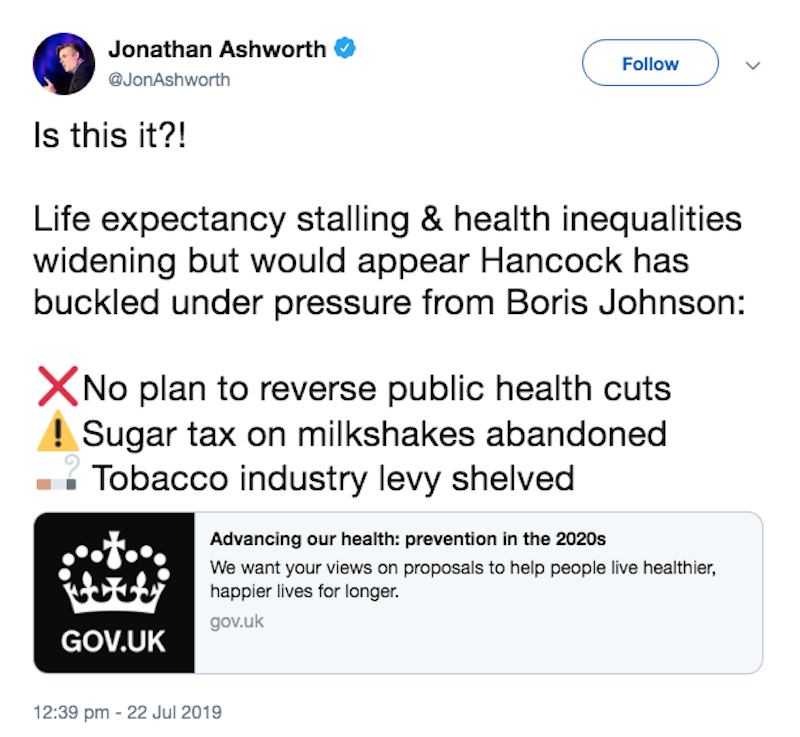 He accused Health Secretary Matt Hancock of shelving plans to extend the sugar tax to milkshakes and also an expected levy on tobacco firms to fund smoking cessation services.

He added: "There are serious questions for Matt Hancock to answer on why he has slipped this important green paper out at this time.

"It looks like he is trying to bury the bad news that he buckled under pressure from Boris Johnson and the corporate lobbyists running his campaign.

"The Tories have imposed £800 million worth of cuts to public local health services and there is no indication these cuts will be reversed.

"In healthcare, our goal is to think of a person's wellbeing over an entire lifetime, not just in the short term. It's once again disappointing that short-sighted Government policy still doesn't reflect this" - Helen Donovan, RCN

"Sadly this green paper is a missed opportunity, raises disturbing questions about the role of lobbyists in watering it down, and isn't worth the paper it's written on."

The Royal College of Nursing's professional lead for public health Helen Donovan said the plans appeared to have been "buried in the dying days of the current Government".

She added: "One way to earn the faith of healthcare professionals would be to urgently pledge to restore cuts to the public health grant which local authorities rely on to deliver essential preventative services such as sexual health and smoking cessation services.

"In addition, the community nursing workforce is unprepared with widespread vacancies and staffing shortages.

"In healthcare, our goal is to think of a person's wellbeing over an entire lifetime, not just in the short term. it's once again disappointing that short-sighted Government policy still doesn't reflect this."

The green paper said the proposals formed part of the Government's goal to "ensure that people can enjoy at least five extra healthy, independent years of life by 2035 while narrowing the gap between the experience of the richest and poorest".

Other proposals in the green paper

• reviewing the evidence on sleep and health

• commissioning an evidence-based review of the NHS Health Checks programme

It said disability-free life expectancy of 62 years for women and 63 for men will need to rise to 67 and 68 respectively by 2035.

But it admitted the green paper will not deliver this on its own, with further details promised in the Government's response to the paper.

It said: "These commitments will help us towards our mission of 'five more years of healthy, independent life by 2035 while reducing the gap between the richest and poorest'.

"However, we've been clear that they won't deliver the whole five years, and that further action will be needed."

The consultation sets the ambition of England going smoke-free by 2030 by smokers kicking the habit or moving to "reduced-risk" products like e-cigarettes.

It said the Government will end the sale of energy drinks to children under the age of 16, with the full policy to be set out "shortly".

It also said that if the evidence shows the soft drinks industry has not made enough progress on reducing sugar, it will extend the Soft Drinks Industry Levy to milkshakes.

The paper also said the Government will be publishing chapter three of the childhood obesity strategy, launching a mental health prevention package and setting out a new vaccination strategy.

Other proposals include reducing salt intake by 7g a day, reviewing the evidence on sleep and health with view to "informing the case for clear national guidance on the daily recommended hours of sleep", publishing a national genomics healthcare strategy, and commissioning an evidence-based review of the NHS Health Checks programme.

The consultation runs until October 14, with the Government's response expected by next spring.