Covid In Kenya: UK Nurse’s Experiences Of Life In Africa During The Covid Pandemic 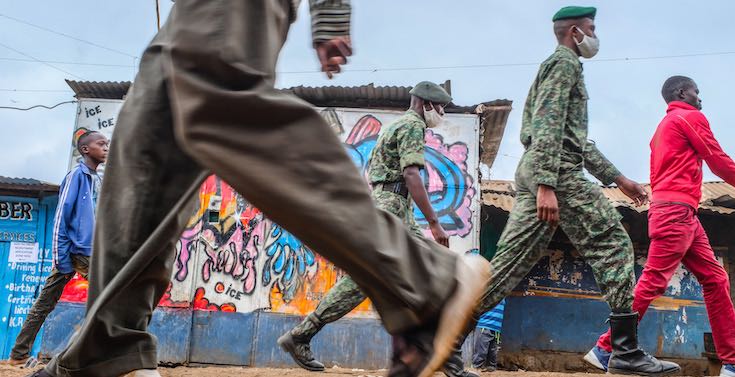 "In some places, out of the city centre, such as salons, road-side stalls, mask-wearing seemed it was a personal choice, not a must."

Veteran Nurse, Julia Orege, paints a picture of how the current pandemic has impacted Kenya, highlighting how health-workers have adapted to combat another viral outbreak.

Requirements For Flying To Kenya

After weighing up the pros and cons of traveling to Kenya in Covid 19 times, and looking at statistics of Covid19 cases and deaths, Kenyan figures were considerably less than those in The UK.

I have visited Kenya many times in the past.

My knowledge of tropical diseases had been helped by my Tropical Disease Diploma, albeit several years ago.

As international flights to and from Kenya restarted on August 1st, my travel plans were viable.

I chose Kisumu in Kenya as my husband and family are there now.

Kisumu is the third-largest city in Kenya and is situated next to Lake Victoria.

Requirements For Flying to Kenya

You will need the following:

Traveler's Surveillance form in order to obtain a QR code.

Fit to Travel Certificate £150 - issued following a consultation and a Negative PCR test within 96 hours of flying.

On the three flights I took, from Norwich to Amsterdam to JKIA in Nairobi, the same Covid precautions were advised;

- Only allowed to leave one's seat to go to the W.C.

- Wear masks-apart from when taking refreshments.

Passengers traveling in the two rows surrounding a person displaying Covid positive symptoms would be traced and required to quarantine for 14 days.

We had to complete a track and trace form. 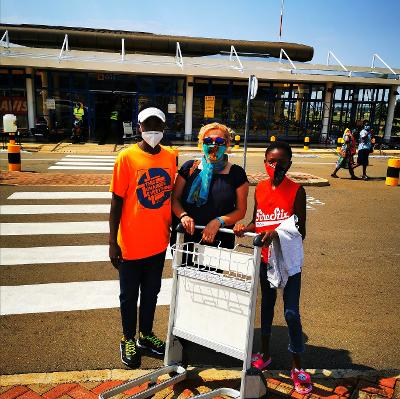 Leaving JKIA airport in Nairobi to check into overnight accommodation, was not an option I was prepared to take, in case a taxi driver would not feel safe conveying a Westerner.

So spent a safe, uneventful night in a restaurant within the airport grounds, ready for my morning flight.

Police patrolled the streets to ensure this was adhered to, with arrests or fines as necessary.

There were tales of money changing hands, to sweet talk a police officer.

All supermarkets and shopping malls we visited, routinely did our thermal checks and gave us antibacterial hand spray.

Masks were a must in these areas, but in some places, out of the city centre, such as salons, road-side stalls, mask-wearing seemed it was a personal choice, not a must. 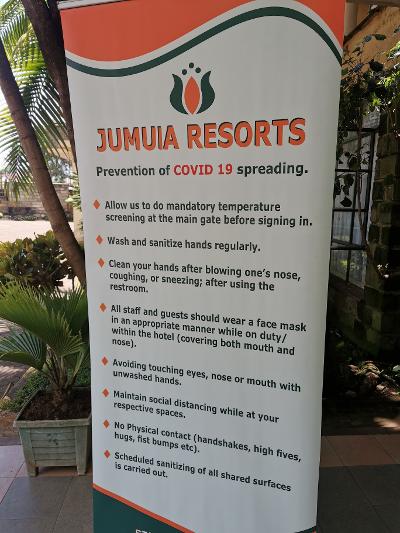 Several of the big hotels in Kisumu with conference centres were closed due in Covid.

Hotels that were open, had strict entry restrictions.

Our attraction to Jumuia Hotel was the swimming pool, which was sparsely attended.

As Kenyans, often eat with their hands, they are already practising good hand hygiene.

Even in non-Covid times in Kenya, in restaurants and home settings jugs of water and soap are brought around for everyone before and after their meals. 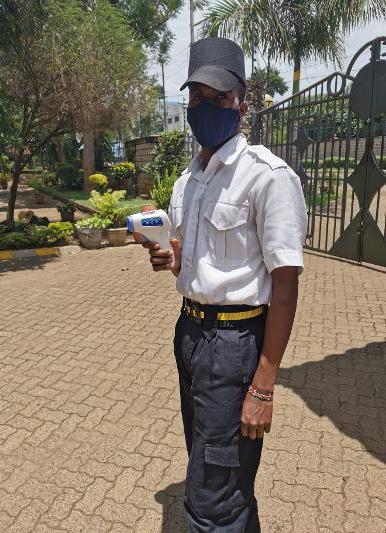 At outdoor or eating areas around the shores of Lake Victoria with a gentle breeze, mask-wearing was not insisted upon.

Whilst I was in Kenya, I was interested in this article written for QUARTZ by Science Reporter, Olivia Goldhill on 9th September 2020.

Considering the Kenyan healthcare infrastructure not being as robust as in some other place, the coronavirus infection rate has been lower than expected.

This hospital was opened in 1995, fundamentally for the provision of outpatient services, now having an emergency department and inpatients.

All people passing through the hospital gate are Covid screened.

I chatted to Nurse Otieno, who explained that any out-patients who are deemed Covid positive, are sent home and told to self-isolate. 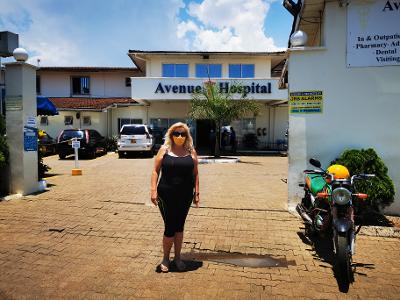 Those admitted with Covid symptoms are sent to the isolation wing.

Staff purely care for these patients, have changing rooms and meal facilities there.

Regarding cost, Otieno said that a patient may attend the hospital with a minor ailment or injury, then end up getting admitted due to Covid symptoms, which some people cannot afford.

Self-discharge is ill-advised due to Public Health concerns.

If a patient with Covid, but no means to pay, could not be transferred to a public hospital, then apparently, The Avenues Hospital Account Manager and Administrator can discuss waiving fees for a patient struggling to raise fees.

Otieno said, "We are about the patient's welfare first.. then money."

Established in 1920, this hospital has also been fondly known as The People's Hospital.

With its stand-alone wards and grassed areas, one could easily imagine how it would have looked like in its advent in British Colonial times.

I managed to converse with trainee laboratory student, Kennedy, who took the time to share more about the hospital.

He explained that The Government is rolling out a pilot project in four counties including Kisumu County's, called The Universal Health Service.

Fees will be minimal or non-existent.

If this pilot project works, it will be rolled out nationally.

Kennedy shared that since Covid 19 hit Kenya, he noticed that there was a reduction of inpatient, outpatient and maternity attendance, including deliveries.

He felt it was due to fear of Covid, plus fare costs to the hospital, linked to the reduced family income. 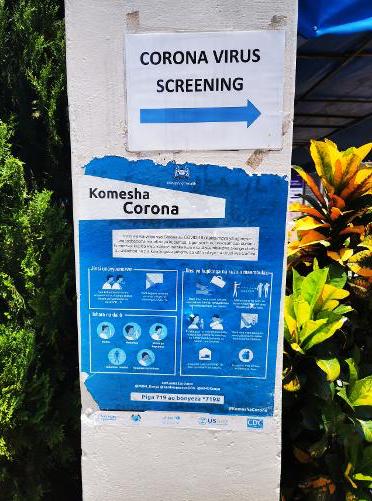 Apparently, some people were not keen to attend hospital due to ignorance and fear of how a Covid test was done.

Then Kennedy went into more depth, sharing with me some stark facts that menstruating girls, feel they cannot ask their parents for comparatively costly sanitary wear or other essential items in Covid, due to limited family income.

Some of these girls feel forced to have sex for money with earning men who have piki-pikis (taxi-motorbikes).

Not only do girls risk contracting STDs or HIV, but pregnancy can also result.

Then these girls, once again cannot go to their parents for help, especially during the Covid related hardships, plus it would shame the family.

So girls may conceal pregnancies or visit private clinics.

Due to fare costs, some girls may access back street abortions, leading to possible infertility, infection, excess bleeding or death.

Kennedy shared, that some of these cases have then arrived at this hospital recently. 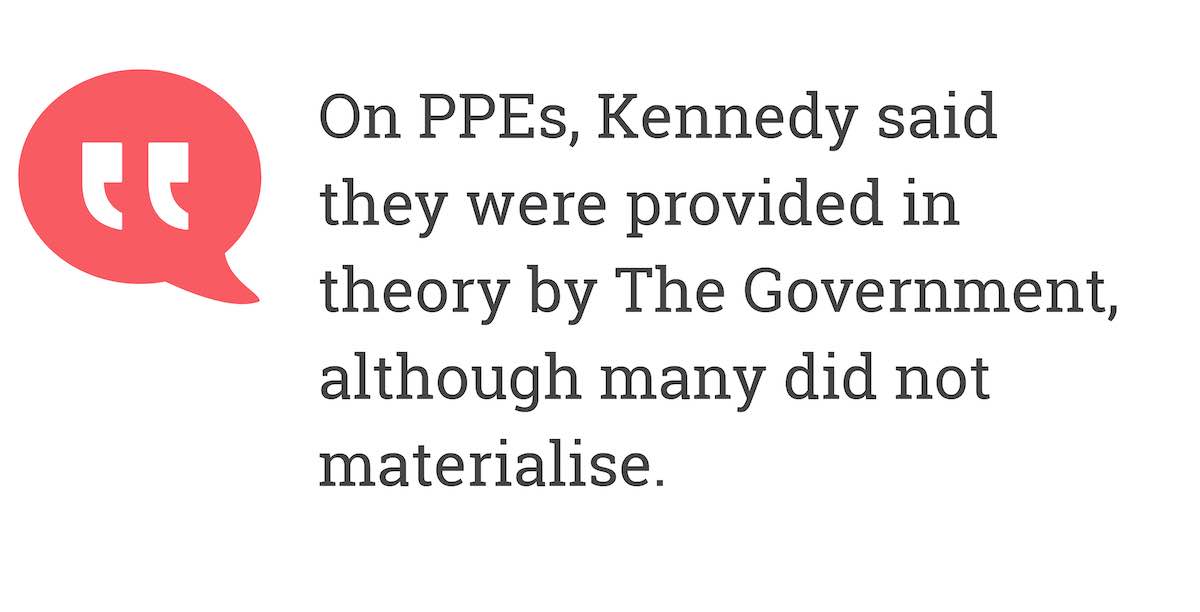 On PPEs, Kennedy said they were provided in theory by The Government, although many did not materialise.

I asked Kennedy if Ebola in West Africa had prepared Kenya for a future health crisis.

He gave the impression that Kenya, like some other African countries, acts in a reactive manner to a crisis, not proactively.

He had observed that as people did not seem to take Covid seriously as often it was asymptomatic, unlike the debilitating symptoms of Ebola.

I met Eunice, who works at an NGO called LVTC (Liverpool Voluntary Testing Centre) in Kisumu.

She said that Kenya had approximately 1.5 million confirmed cases of HIV/AIDS, out of a population of 54 million.

Those who have registered on a free national help-programme are said to to be 'on care' and many are sex-workers.

These clients are expected to attend clinics every month for health reviews, blood tests, ARV drugs and condoms.

However, Eunice explained that at the start of Covid, the clinics gave out three-month supplies of drugs and condoms.

Unfortunately, three months on, the attendance numbers at the clinics were lower than expected.

This was as many clients had returned to their and villages to join their larger families, and could not afford fares to the clinics. 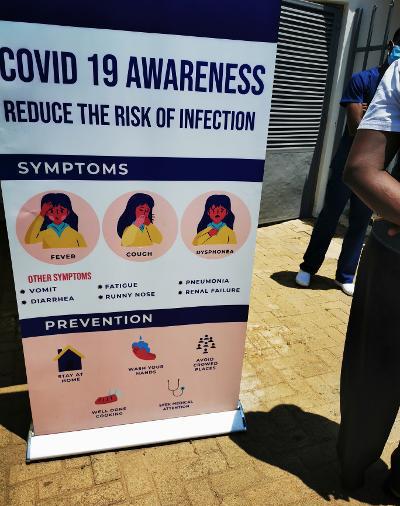 Eunice said that others had taken chances of finding lucrative work in the sex-worker industry in bigger cities.

Some sex workers had sent their families home to the villages, whilst they used their city home for gainful sex-work/home-working.

Red-light areas still had a supply and demand business in Kenya's cities.

Eunice explained that some HIV patients were fearful of being Covid tested as the symptoms are similar to those of TB, which has a high incidence in HIV patients.

Those 'on care', are entitled to free TB treatment, but would not automatically receive free treatment for a Covid related admission, so would invariably shy away from a clinic or hospital.

In turn, Covid could then be spread around the community, unless they were sensible enough to self isolate.

Eunice said it was also helpful to know that ARV and TB drugs do provide some protection against Covid 19.

On asking Eunice how she thought The Pandemic was affecting children, she said having schools closed from March was difficult.

There was resulting hunger, boredom, domestic violence, youth crime, plus young children were left alone whilst parents tried to earn a living, as no State benefits nor Furlough pay.

Eunice explained it was predicted that not all school-age children would return to school if they were to re-open in the next few weeks or months as;

- Some older children were using initiative in starting small businesses earning to help their family.

- The rise in teenage pregnancy, due to boredom/lack of parental supervision

- Parents with many mouths to feed have been known to exchange their eldest daughter (school age) for money or cows.

- Many parents on lower than usual incomes will not be able to afford school costs.

Just for the record, there are a number of other hospitals and clinics in Kisumu, both public and private.

There is a Central Government Covid Management Centre at Russia Public Hospital, which apparently has not yet reached full capacity.

There are approximately 42 tribes in Kenya, with Kikuyu being the biggest.

In Kisumu, around Lake Victoria, The Luo tribe dominate numbers.

However, many Masaai warriors can be seen in Kisumu, where they often work in security or selling their crafts.

They were often seen in the city wearing not only their traditional red or purple cloths, but often donned face masks.

Let me know in the comments your thoughts on the pandemic and what I've said about my time in Kenya - let's chat there!

I'm Julia, and I have had an interesting, varied career as an RGN, spanning 35 years, so far. I am currently a Branch Nurse at Prestige Nursing & Care in Norwich.

I'm Julia, and I have had an interesting, varied career as an RGN, spanning 35 years, so far. I am currently a Branch Nurse at Prestige Nursing & Care in Norwich.