Corbyn warns NHS up for grabs in pre-Christmas general election

Jeremy Corbyn accused the Tories of putting the NHS “up for grabs” as he clashed with Boris Johnson in the final Prime Minister’s Questions before the general election. 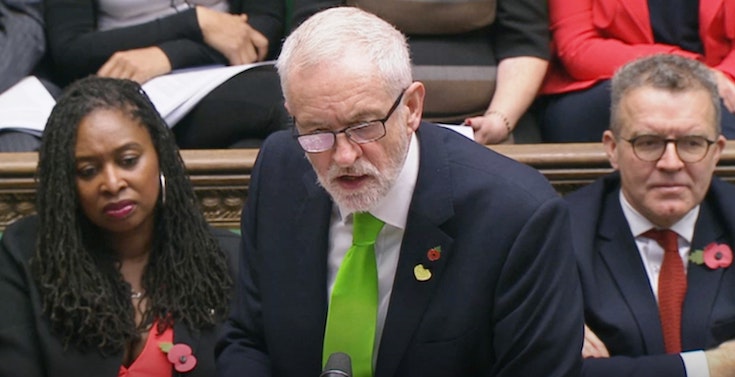 Boris Johnson and Jeremy Corbyn used their encounter over the Commons despatch box to draw the battle lines for the forthcoming campaign, with the future of healthcare set to be a key issue.

Amid noisy scenes, the Prime Minister warned that a Labour government would result in an “economic catastrophe”, ruining the country’s ability to fund the NHS.

He also vowed to end the “dither and delay” over Brexit, delivering a “fantastic deal” to take Britain out of the EU. 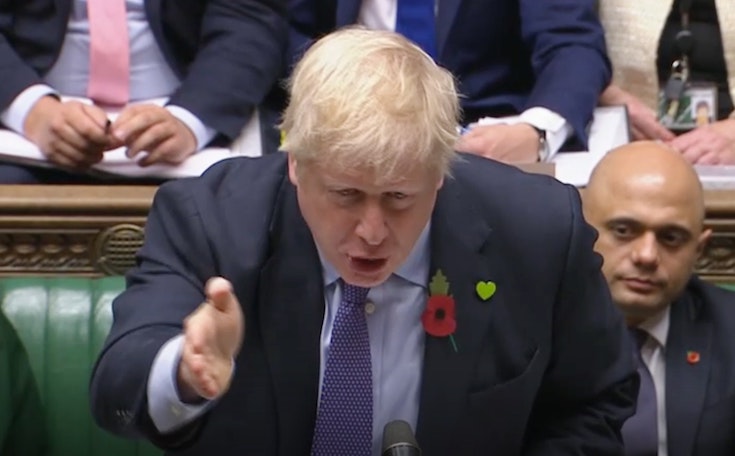 The clash came as the House of Lords prepared to consider the one-page Bill passed on Tuesday by the Commons, enabling the election to take place on Thursday December 12.

Once it receives its royal assent, it will pave the way for Parliament to be dissolved on November 6, leading to the first December poll in almost a century.

Secret talks between NHS officials and US Pharma companies

In the Commons, Mr Corbyn sought to go on the offensive over the NHS, accusing the Conservatives of imposing the “longest spending squeeze ever in its history”.

He seized on reports that NHS officials had been in secret talks with American pharmaceutical companies in preparation for a post-Brexit trade deal with the US.

“This election is a once-in-a-generation chance to end privatisation in our NHS, give it the funding it needs,” he said.

“Our NHS is up for grabs by US corporations in a Trump trade deal. This Government is preparing to sell out our NHS. Our health service is in more danger than at any time in its glorious history.”

Mr Johnson, however, insisted that it was Labour’s economic policies which posed the real threat to the service.

“He would ruin this economy and ruin our ability to fund the NHS, and that is the reality,” the PM said.

Dismissing the Labour leader as an “Islingtonian protester”, he said it was essential the election gave the country a clear way forward.

“It means getting Brexit done and ending the dither and the delay,” Mr Johnson said.

“The time for protest is over. It is time for leadership, and that is what this Government provides.”

Johnson ahead in the polls

The Conservatives go into the election – which Mr Johnson finally secured at the fourth time of asking – well ahead in the polls. 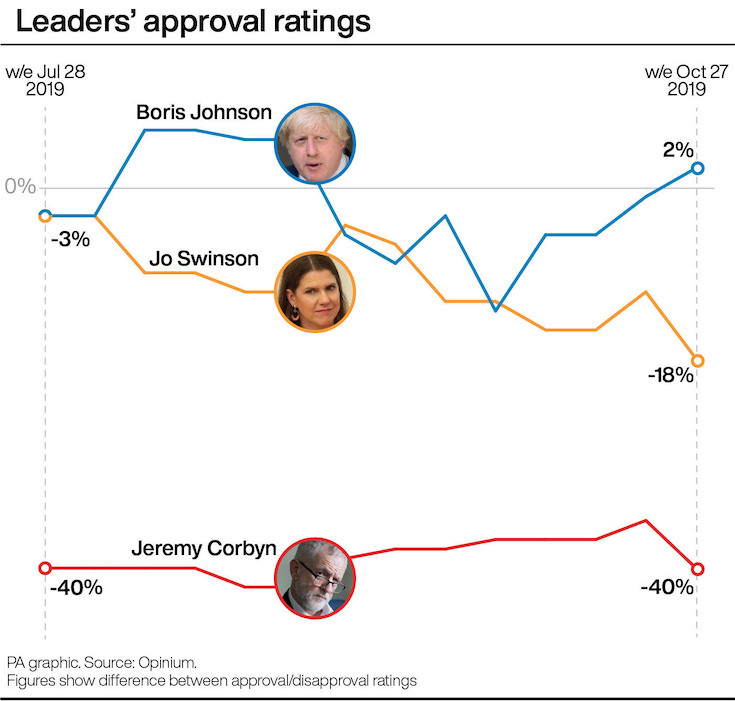 Approval ratings for all three leaders

Nevertheless the Prime Minister cautioned against any complacency when he addressed his MPs on Tuesday evening, saying they faced a “tough” election battle.

The Tories can expect to come under pressure in Leave-supporting constituencies from Nigel Farage’s Brexit Party over Mr Johnson’s failure to deliver on his “do or die” promise to take Britain out of the EU by October 31.

At the same time they face a challenge from the resurgent Liberal Democrats – who are promising to stop Brexit altogether – in pro-Remain areas.

Party leader Jo Swinson said the Lib Dem message was resonating with voters, arguing neither Mr Johnson nor Mr Corbyn was fit to be prime minister. 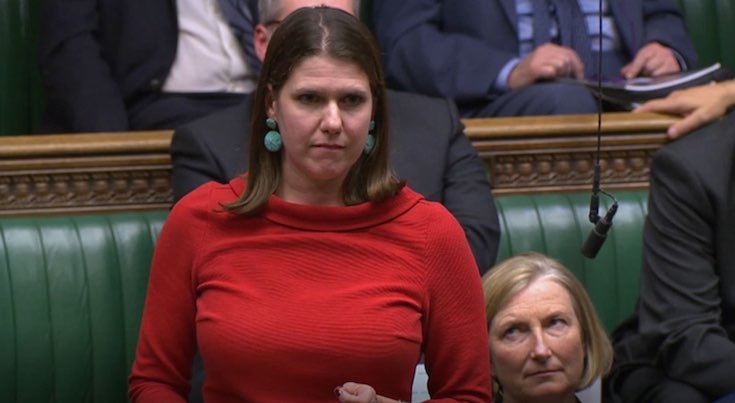 Swinson: "voters deserve a better choice" than Johnson or Corbyn

“Our country deserves a better choice, and I am standing as candidate to be prime minister,” she said.

In contrast many Labour MPs are deeply unhappy at the prospect of the election, with an unpopular leader and uncertainty among voters about its stance on Brexit.

Barely half the party’s MPs voted for the election Bill while more than 50 signed an amendment calling for the poll to be delayed until May 2020.

However shadow chancellor John McDonnell insisted the campaign offered a real opportunity for them to secure the keys to Downing Street and get a Labour government.

“We’re going to have a real go at this and I think we’ll win,” he said.

“I think we’ll have a majority government by Christmas, so I can’t think of a better Christmas present basically.”