A private donor paid for the surgery to separate Safa and Marwah Ullah, from Pakistan. 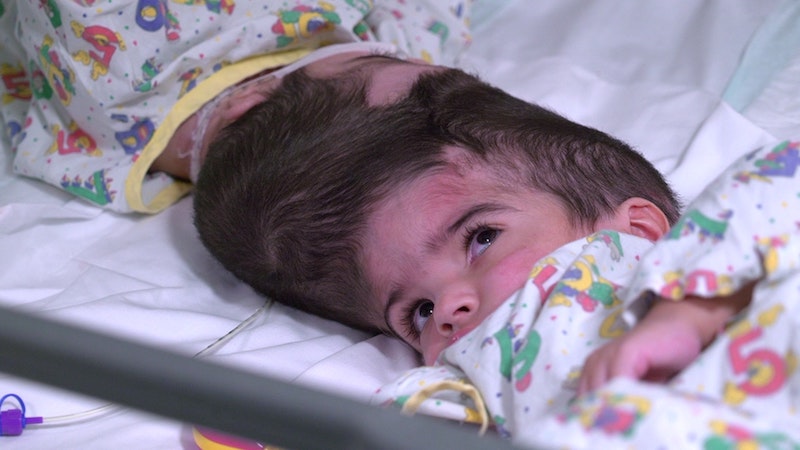 Rare conjoined twins have been separated at a world-leading hospital in London, surgeons have announced.

The first operation took place in October 2018, when the girls were 19 months old.

The last operation, which saw them finally separated, was carried out on February 11 this year.

The girls. who were born by Caesarian section, were craniopagus twins, with their skulls and blood vessels fused together.

GOSH has previously successfully separated craniopagus twins in 2006 and 2011.

In order to ensure the operations went smoothly, experts used virtual reality to create an exact replica of the girls' anatomy.

This enabled surgeons to visualise the complex structure of their skulls as well as the positioning of their brains and blood vessels.

A team also used 3D printing to create plastic models of the structures that could be used for practice. 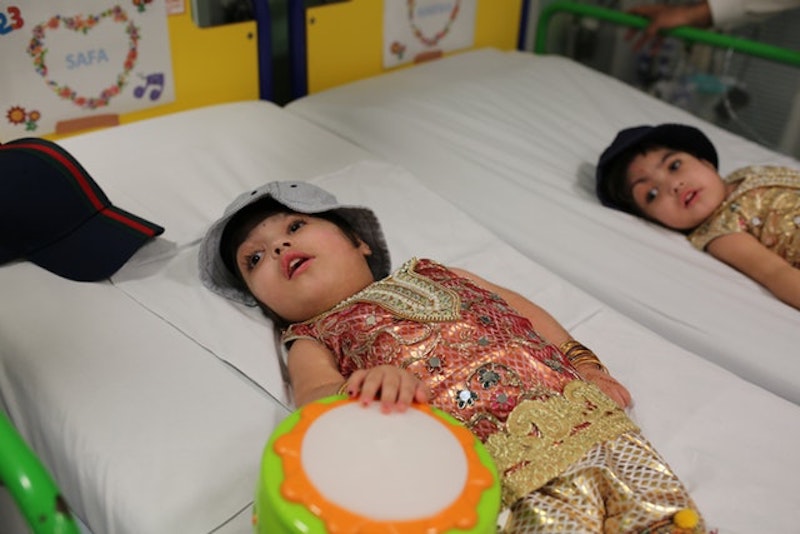 Cutting guides were created so that surgeons could work more precisely.

During the surgery, doctors first worked to separate the girls' blood vessels and then inserted a piece of plastic into their heads to keep the brains and blood vessels apart.

Scans had shown that the girls have two distinct brains but these are misshapen, which the plastic and an accompanying pulley system helped to correct.

During further surgery, the girls started to bleed after clots formed in Safa's neck veins and she began to shunt blood into her twin.

Doctors feared they would lose Marwa during the operation after her heart rate fell.

As a result of her complications, they gave her a key vein that the twins shared.

But this had an impact on Safa, who suffered a stroke less than 12 hours later due to the loss of the vein.

50 - hours of surgery time needed to separate the girls

They also used tissue expanders to ensure the girls' own skin would stretch over the top of each of their heads.

The surgery, which was paid for by Pakistani businessman Murtaza Lakhani, has been followed by several smaller procedures to enable the girls to live independent lives.

The operations added up to more than 50 hours of surgery time and involved 100 members of staff from Great Ormand Street.

The girls' mother, Zainab Bibi, 34, who has previously had seven children, said: "We are indebted to the hospital and to the staff, and we would like to thank them for everything they have done.

"We are extremely excited about the future."

The girls, whose father died of a heart attack while their mother was pregnant with them, were discharged from GOSH on July 1 and moved to a London address with their mother, grandfather Mohammad Sadat Hussain, 57, and uncle. Mohammad Idrees.

The twins are now undergoing daily physiotherapy as part of their ongoing rehabilitation.

Mr Jeelani, a neurosurgeon at GOSH, and Professor Dunaway, head of the hospital's craniofacial unit, said in a statement: "We are delighted we have been able to help Safa and Marwa and their family.

"It has been a long and complex journey for them, and for the clinical team looking after them.

"From our personal point of view, it has been great to get to know the girls and their family.

Their faith and determination have been so important in getting them through the challenges they have faced. We are incredibly proud of them.

"We are also incredibly proud of the GOSH team responsible for their treatment and care over the past 10 months. 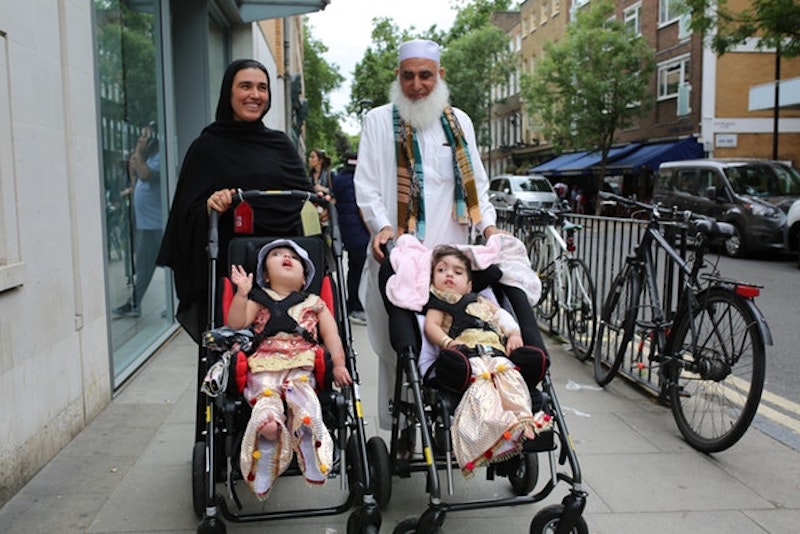 "From the surgical teams, scientists and engineers who helped us plan and perform the operations to the paediatricians, nursing staff, physiotherapists and occupational therapists, it has been a huge team effort and every single person has played a key part in helping Safa and Marwa.

"GOSH really is one of the few hospitals in the world with the infrastructure and expertise to carry out a separation like this successfully."

Cecelia Carney, team leader of GOSH's neurosurgery theatre, said: "The intricacies of the series of surgical procedures were planned meticulously as a team."

Conjoined twins are very rare - affecting only about one in every 2.5 million births.