The study looked at the combined impact of two pollutants - particulate matter and nitrogen dioxide. 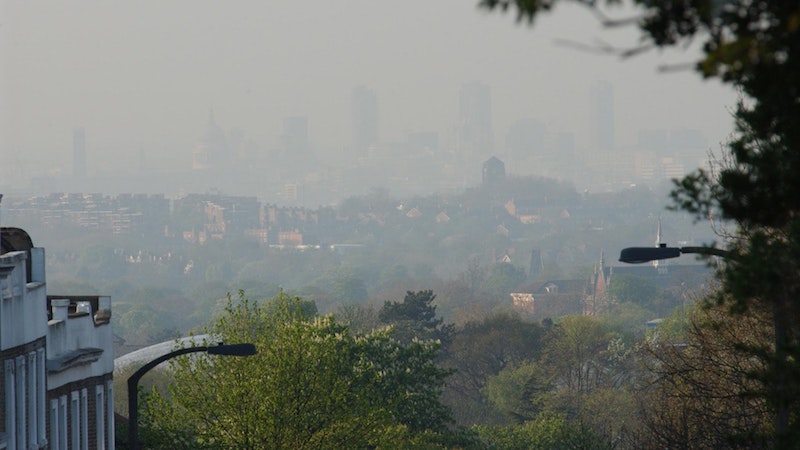 Air pollution could shorten a child's life by up to seven months, a study on one of the largest UK cities has suggested.

An eight-year-old child born in 2011 may die between two to seven months early is exposed over their lifetime to projected future pollution concentrations, King's College London researchers studying Birmingham have found.

It is the first time new Government guidance on "mortality burdens" of air pollution has been applied in practice in a large city area.

The study looked at the combined impact of two pollutants - particulate matter and nitrogen dioxide - two of the leading causes of poor health from air pollution.

It looked at the effect of air pollution on deaths and loss of life-expectancy but did not include non-fatal health conditions such as asthma.

The impact was considered to be worse than some other major cities in the UK - with the report finding a higher loss of life expectancy in Birmingham than Manchester.

It calculated the annual health cost of air pollution in Birmingham as between £190 million to £470 million per year.

These are not actual costs but a measure of the amount of money society believes it would be reasonable to spend on policies to reduce air pollution, the authors said.

A network of local leaders is calling for clean air zones to be established in major cities across the country.

Polly Billington, director of the UK100 network, which commissioned the research, said: "This report should be a wake-up call to policymakers not just in Birmingham but across the country.

"We need to tackle this invisible killer, which is cutting the lives of children and causing health misery for thousands of adults.

"By working together, local councils and central government can put in place ambitious and inclusive clean air zones to tackle the most polluting sources of dirty air and let us breathe freely."

The excess mortality cost to the UK of air pollution has been estimated at between £8.5 billion and £20.2 billion a year.

Sue Huyton, the coordinator of the Clean Air Parents' Network, said: "It's awful that children living in the UK are breathing air that may shorten their lives.

"As a parent, you want to do everything you can for your children, but when it comes to air pollution you can feel helpless - that's why those in power must step up. 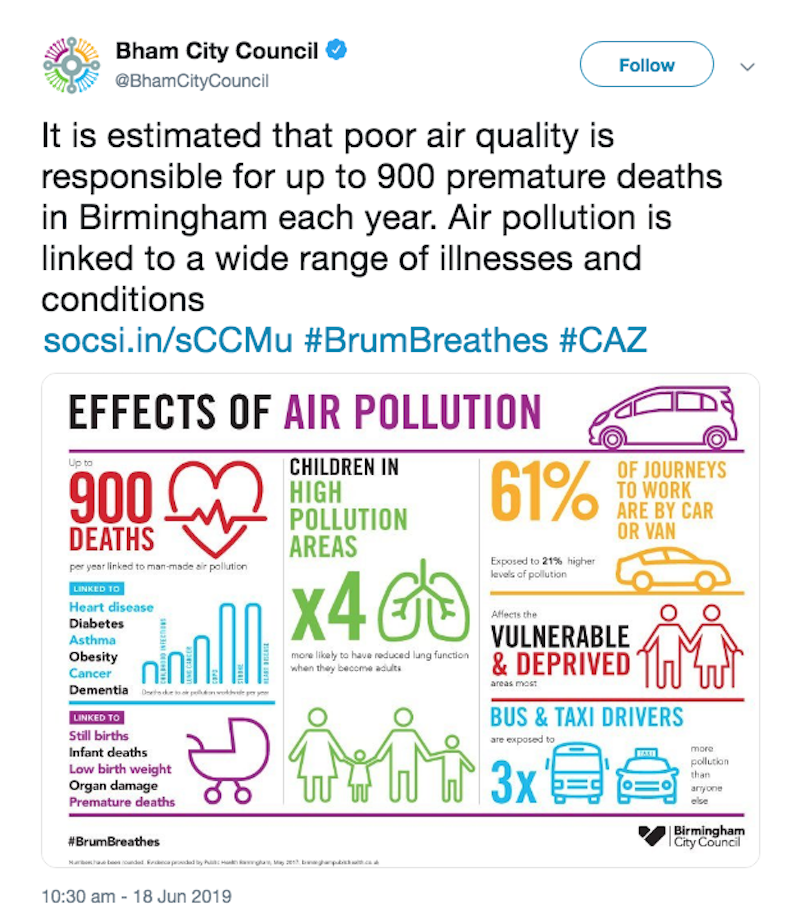 "We need the Government and Birmingham City Council to take ambitious action to tackle the toxic air in this city, and we need them to do it now."

A spokeswoman for the Department for Environment, Food and Rural Affairs said: "Air quality has improved significantly in recent years, but air pollution continues to shorten lives which is why we are taking concerted action to tackle it.

"We are working hard to reduce transport emissions and are already investing £3.5 billion to clean up our air, while our Clean Air Strategy has been commended by the World Health Organisation as an 'example for the rest of the world to follow'.

"In the Strategy, we committed to setting an ambitious long-term air quality target and we are examining action needed to meet the WHO annual guidelines to significantly reduce PM2.5 levels.

"Our Environment Bill will give legal force to that strategy and put environmental accountability at the heart of government."

Simon Stevens, chief executive of NHS England said: "2.6 million children in England are breathing in toxic fumes every day and now there is clear and frightening evidence that this could also shorten their lives.

"The NHS is taking practical steps to reduce our effect on the environment, as well as treating those suffering the consequences of air pollution, yet we cannot win this fight alone and the growing consensus on the need for wider action across society is welcome."