David Cameron misspoke as he tried to tell hosts Phillip Schofield and Holly Willoughby that he ‘shouted at the TV’ in reaction to the claim that £350m per week could be paid to the NHS. 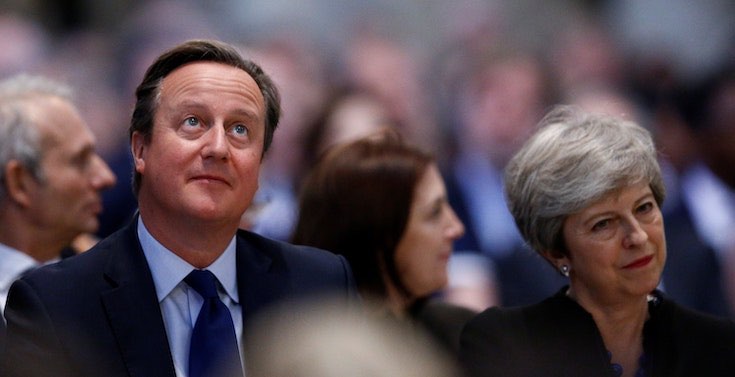 David Cameron left This Morning hosts Phillip Schofield and Holly Willoughby giggling after mistakenly saying he “shat” at the television during the EU referendum campaign.

The former prime minister apologised for having “broken a new boundary” on daytime TV after he misspoke when asked about the Leave campaign’s controversial red bus. 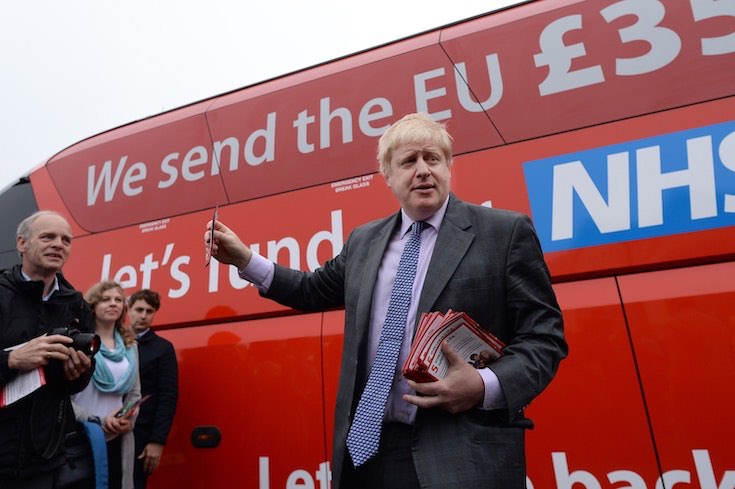 That bus... the one that made Cameron 'shat' at the TV

In 2016, Boris Johnson and other senior Vote Leave figures toured the country in a bus which claimed £350 million a week was given to the EU which could be spent on the NHS.

Mr Cameron was told people would have been “spitting at the TV” because of the bus, and replied on the ITV programme: “Believe me I did more than… I shat at the, shouted at the TV.”

Mr Schofield joked: “Did you? We all did and have done ever since.”

Mr Cameron added: “Sorry, I shouted at the TV, it was incredibly frustrating.”

At this point the hosts cracked up as Mr Cameron tried to continue his answer, noting: “Yes we do give money to Brussels but nothing like what was on the side of the bus.

Mr Schofield added: “You never said that on Newsnight, that’s for sure.”

Mr Cameron appeared alongside his wife Samantha, who recalled their swift departure from Number 10 after the referendum.

She said: “I was packing up the house and I was dancing round our kitchen. I’d had a beer and a few rollies. It was the weekend and we had no children there.

“It was like a three-day marathon of packing with a couple of friends. Theresa (May) came up to have a look around the flat and we had a very nice exchange.”