Deaths from the disease hit a record high in 1989, when around 15,600 women lost their lives to breast cancer. 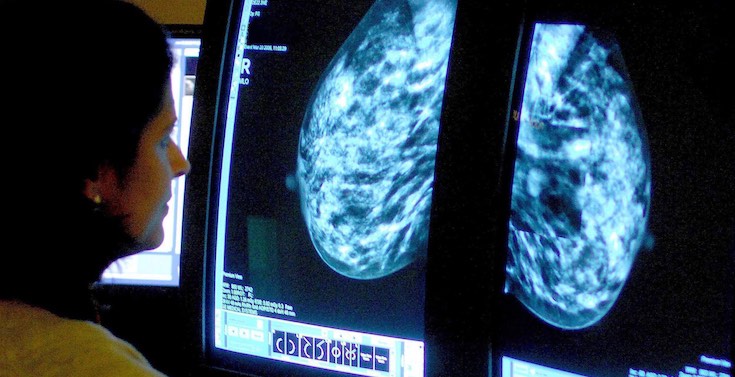 The death rate for women with breast cancer has plunged 44% in nearly 30 years, according to new figures.

Analysis by Cancer Research UK suggests that more than 130,000 UK breast cancer deaths have been avoided in the last three decades.

Deaths from the disease hit a record high in 1989, when around 15,600 women lost their lives to breast cancer.

But better tests and treatment, and increasing awareness of the disease, means the death rate for women has since fallen by 44%.

Cancer Research UK said improvements in cancer screening, surgery, radiotherapy and new drugs have all had an impact, plus more cancers were being picked up earlier.

Around a quarter of breast cancer cases are diagnosed through the NHS breast screening programme. 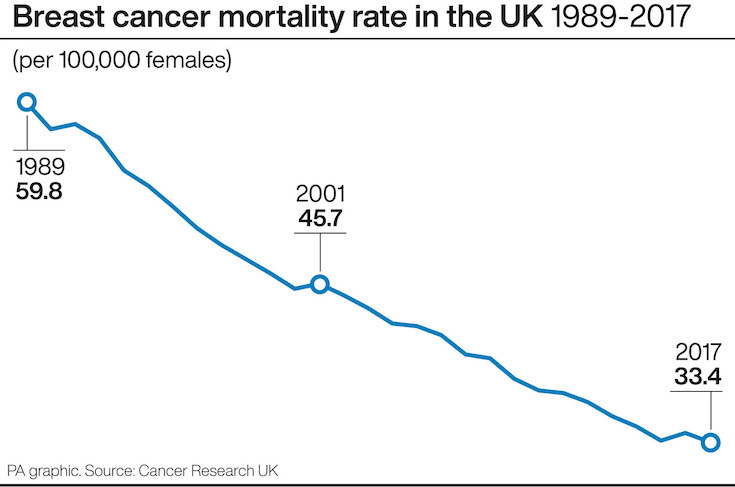 Cancer Research UK’s chief executive Michelle Mitchell said: “These numbers show that research is working, and we should celebrate the considerable progress that’s been made – but while lives are still being lost, our work is not done yet.

“Our ongoing research into the biology of breast cancer is vital. With this increased understanding, we’re developing new life-saving treatments; making them kinder, more effective, and more personalised to individual people.

“Diagnosing cancer early can save lives. If you get to know what’s normal for your body, you’re more likely to notice if something changes and can raise any concerns with your doctor.”

Early signs of breast cancer include a lump or thickening in the breast, but some people experience skin changes, breast pain and nipples changing position or leaking fluid.

Mother-of-two Deborah Huggons, 62, from Devon, was diagnosed with breast cancer in 2007 after she felt a lump in her breast.

She had a mastectomy followed by chemotherapy and went on the drug tamoxifen to reduce the risk of her cancer coming back.

“I had no history of breast cancer in the family and my diagnosis had such an effect on me, my friends and family,” she said. “I did not find chemotherapy easy, but I didn’t let it beat me. Early diagnosis is key.”