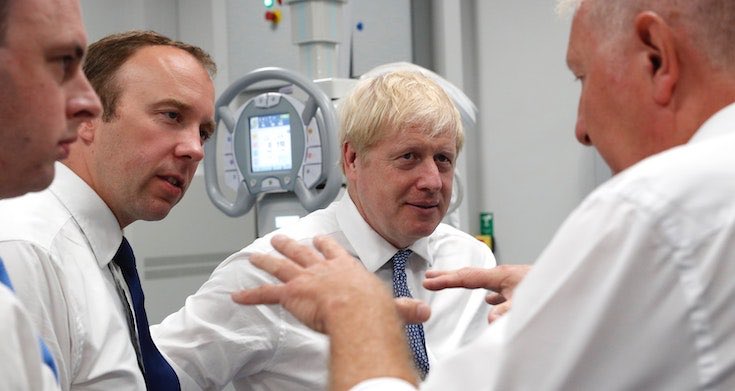 Boris Johnson has vowed to produce a plan for solving the social care crisis within the next 12 months.

The Conservative Party’s manifesto had promised only “cross-party” talks on how to fund care for the elderly in the long term, while also boosting care budgets by £1 billion per year.

But the Prime Minister said his election victory would allow him to produce a plan within the next 12 months and have the changes introduced by 2025.

Mr Johnson had been coy on over committing to social care pledges after seeing his predecessor Theresa May’s 2017 election campaign derailed by claims that she was about to introduce a “dementia tax”.

In an interview on Tuesday, he reiterated his campaign pledge that those entering old age would not have to sell their home to pay for care.

Speaking to BBC Breakfast, Mr Johnson said: “This has been shirked by governments for about 30 years.

“Now we have the majority we need, we are going to get on with this so people can get the care they need in their old age but don’t have to sell their home.”

The Tory leader said the changes would be put in front of MPs this year and enacted “within this Parliament” – giving the Government a five-year deadline.

He said there were “complex” and “moral” questions to answer as part of coming up with a solution.

“We will bring forward a plan this year and we will get it done within this Parliament,” the PM vowed.

“This is a big, big thing. I mean, this is a potentially massive change in the way we fund social care, and we’ve got to get it right.

“We have got to think very carefully about how we do it because there are lots of quite important moral and social issues contained in it.

“You know, should taxpayers be paying for people who might be able to afford it? What is the relationship between families that you want to encourage, should families be looking after their elderly relatives (and) to what extent?

“All these are very complex questions. The key thing is that everybody must have safety and security in their old age, nobody should sell their home to pay for the cost of that care. We will do that.”

The Local Government Association (LGA) said it hoped for more money to be made available in the Budget in March while the PM was working on a long-term social care plan.

Councillor Ian Hudspeth, chairman of the LGA’s community wellbeing board, said: “Every pound invested by the Government in council-run services such as social care helps to relieve pressure on other essential services, like the NHS, keeping people out of hospital and improving their lives for the better.

“The forthcoming Budget is also an important opportunity to address this crucial issue of funding while looking ahead to finding a longer-term, cross-party solution to adult social care, which we at the LGA are happy to play our part in.”