Billboards take aim at Nigel Farage's position on the NHS

Posters put up around the UK claim to use quotes from the politician on subjects such as the NHS. 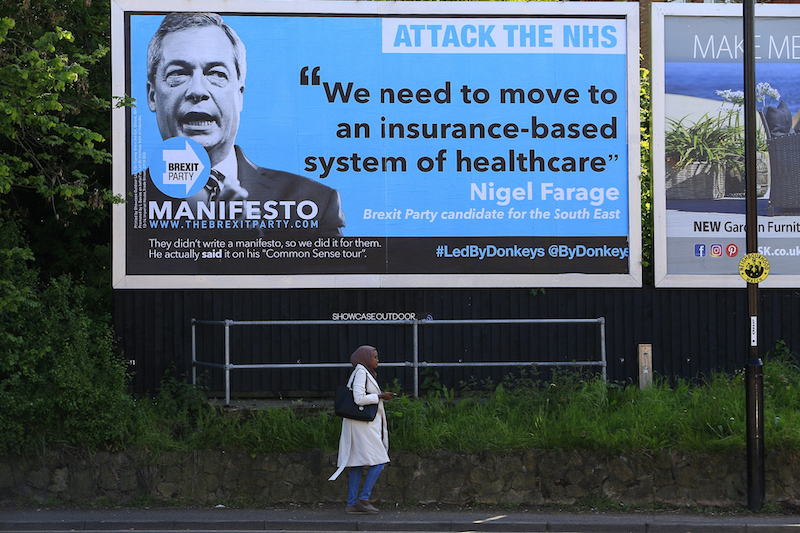 Anti-Brexit campaigners have put up a series of billboards taking aim at Nigel Farage and the Brexit Party by highlighting past statements he and his candidates have made.

Photos show the billboards in place at locations including Taunton in Somerset, Coventry, and Neath in South Wales, with slogans such as “attack the NHS” and “less maternity pay” next to comments attributed to Brexit Party members.

• Oxford Hospital set to close due to NHS staffing crisis

The billboard in Coventry cites a quote Mr Farage gave during a speech where he said: “We need to move to an insurance-based system of healthcare.” 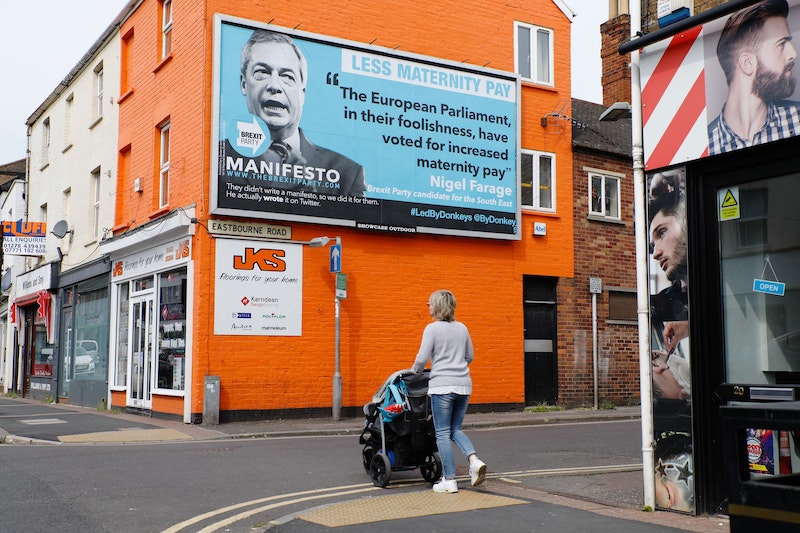 A billboard in Taunton takes aim at Nigel Farage and the Brexit Party.

They all feature the Brexit Party branding and logo.

The group Led by Donkeys wrote on Twitter: “Brexit Party leader Nigel Farage hasn’t written a manifesto so we’ve done it for him, based on statements by him and his candidates.

“Billboards going up across the country this week.”

Mr Farage has said his party does not plan to publish a manifesto until after the European election. 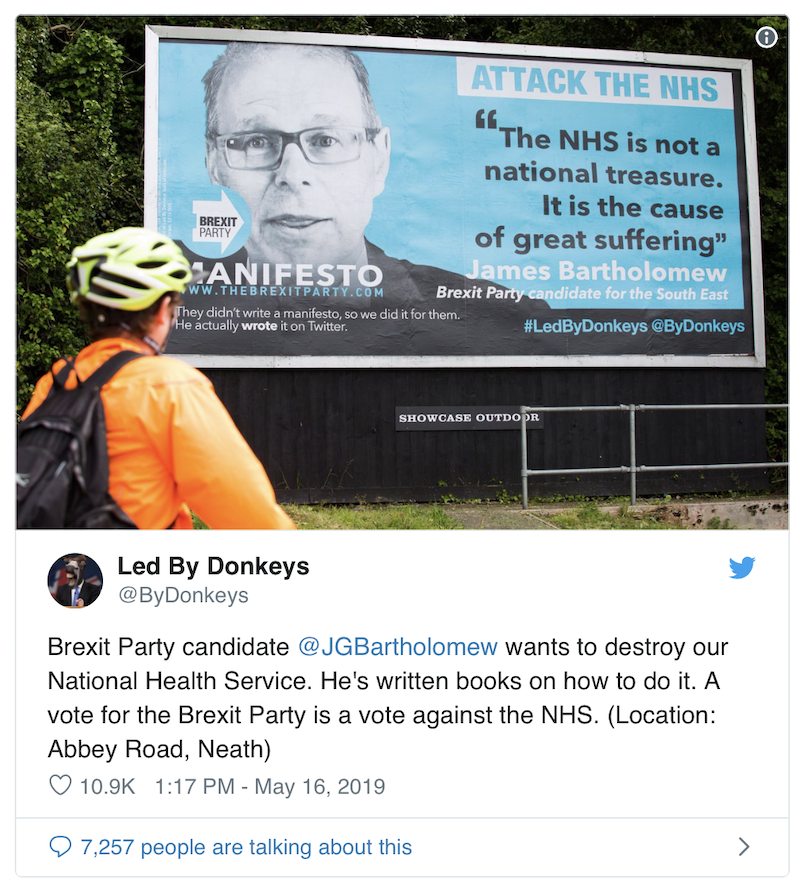 In an appearance on BBC One’s The Andrew Marr Show on Sunday, Mr Farage reacted angrily to questions about his past comments on NHS privatisation, his admiration for Russian President Vladimir Putin, and his denial of the facts about climate change.

He told broadcaster Marr: “All you want to do is go back to stuff from years ago, why don’t we talk about now in British politics?”

He commented further during a campaign visit on Monday, describing the line of questioning as “a whole series of quotes and misquotes from things I’d said up to 10 years ago that were utterly unrelated to what is happening on Thursday week (the day of the European election)”.

Mr Farage visited an Essex nightclub favoured by the cast of TV show The Only Way Is Essex during a campaign stop on Thursday.

He was welcomed by Mick Norcross, owner of the Sugar Hut nightclub in Brentwood, and boxer Dereck Chisora came to show his support.

Mr Farage told a crowded room: “The only way is Brexit.”

He said at the event: “I thought if we won the Brexit battle our politicians would simply have to deliver it. 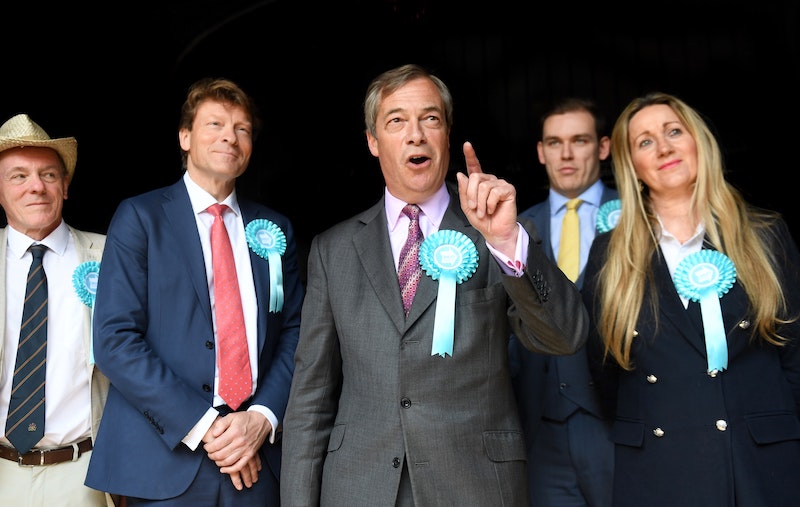 Mr Farage during a campaign stop at the Sugar Hut in Brentwood, Essex

“We used to be an admired country.

“This Prime Minister and our Parliament have turned us into a laughing stock.”

Asked by a journalist whether he thought the top rate of tax should be 45% or if that is too high, he said: “We’ll deal with that in our manifesto when we’ve won the European elections on the issues of trust and democracy.”

The Brexit Party has been approached for comment about the billboards.