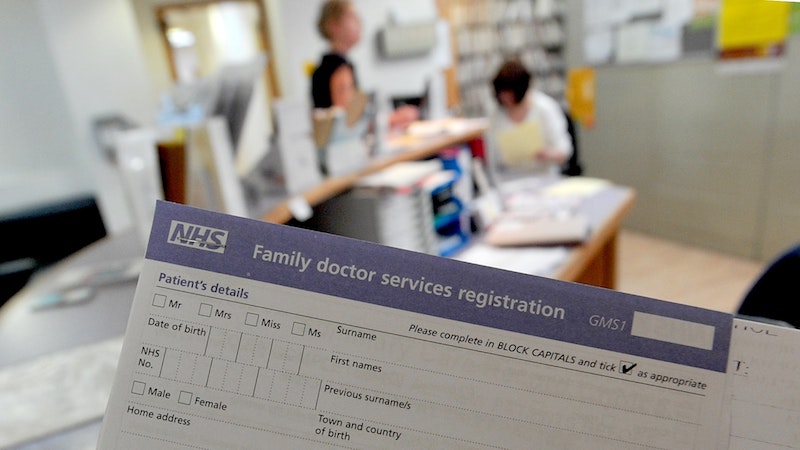 The average waiting time for a routine GP appointment has reached more than two weeks for the first time ever, according to a new survey.

A poll of UK doctrs conducted by Pulse, a publication forr GPs, found that the average waiting time for patients is now almost 15 days.

Out of the 901 GPs responding to the annual survey, 22% said the wait for a routine appointment was more than three weeks, while 6% said it was longer than four weeks.

The survey also found that over 30% of responding GPs said their practice's average appointment wait time was between two and three weeks, with only 20% saying the average wait was less than a week. 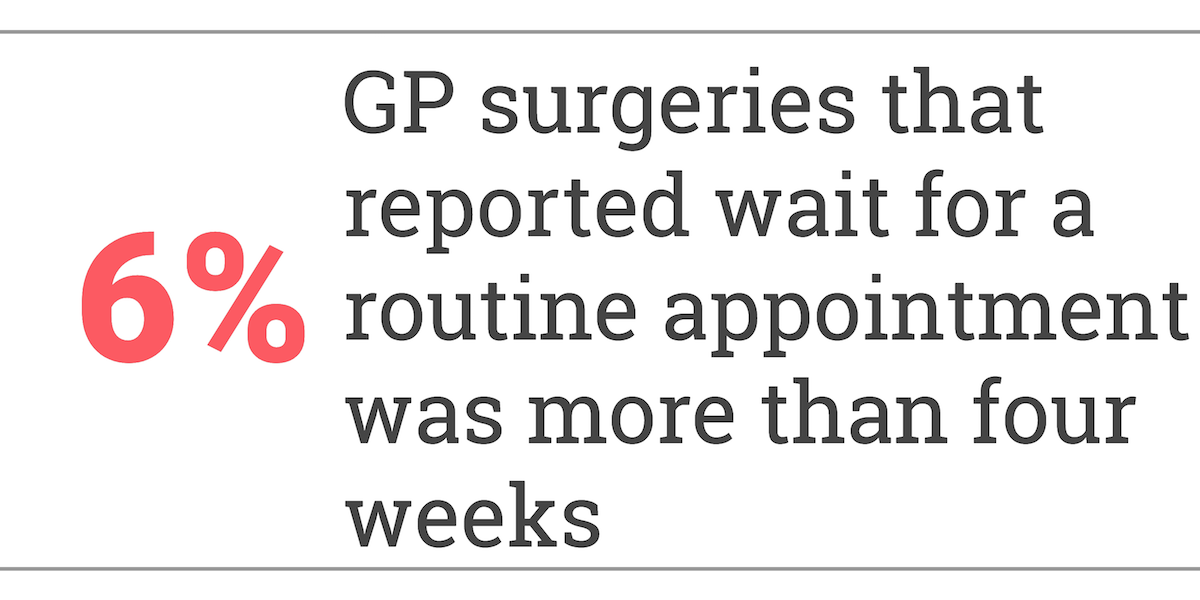 Labour branded the findings as "shocking, but unsurprising", blaming the figures on "years of Tory cuts and falling GP numbers".

The Government said the poll represented a "small fraction" of GPs and pointed to NHS data showing two in three appointments take place within seven days of booking.

NHS figures, published for the first time last year, showed that one in 10 patients was waiting at least three weeks to see a GP.

Data released by NHS Digital revealed that in October, 2.8 million people were not seeing a doctor until at least 21 days after they had booked an appointment.

However, four in 10 patients were able to book a same-day appointment, while more than two-thirds were seen within a week.

Experts said the figures included patients who needed regular appointments and were likely to book ahead. 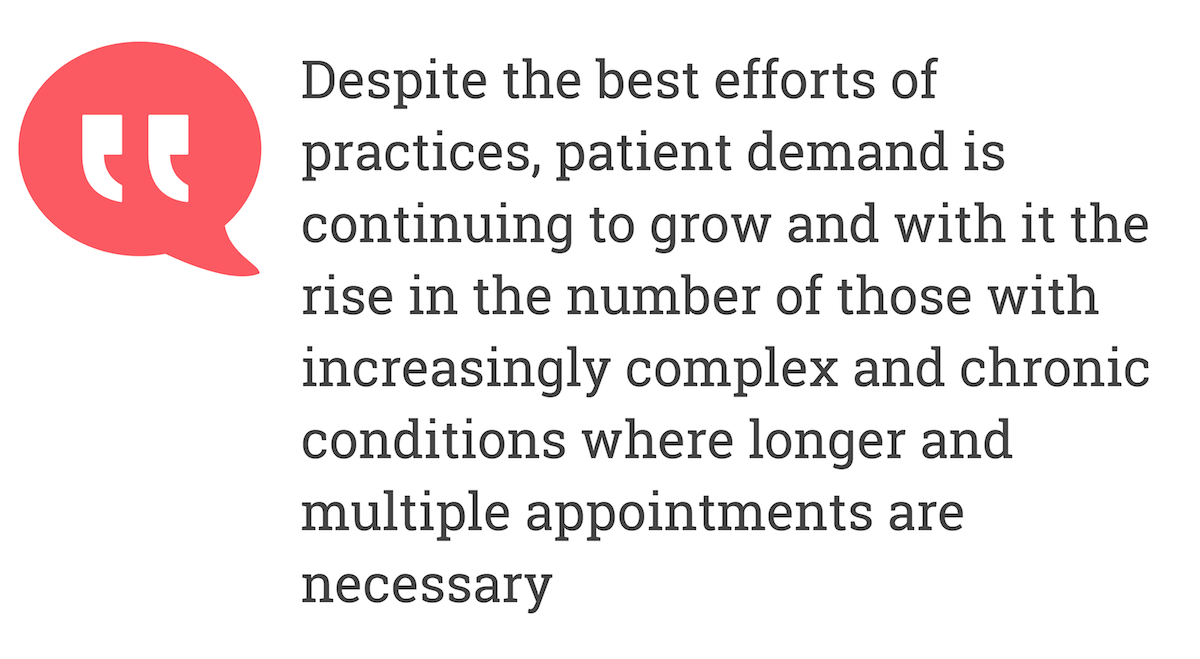 Dr Richard Vautrey, GP committee chair at the British Medical Association (BMA) - a doctors' union, said the new survey figures highlighted "the reality of the capacity issues that many GP practices across the country are facing".

He added: "GPs' number one priority is treating their patients and they work incredibly hard to do so, often outside of their contracted hours in practices that are understaffed.

"What is clear however, is that despite the best efforts of practices, patient demand is continuing to grow and with it the rise in the number of those with increasingly complex and chronic conditions where longer and multiple appointments are necessary."

Dr Vautrey said health sector was not seeing the "much-needed" rise in GP numbers the Government had committed to deliver.

But he welcomed a commitment of new funding to employ further healthcare staff to work alongside GP's in practices as a "positive step forward".

If action isn't taken, GP shortages is expected to triple within the next 5 years

Earlier this year, NHS England said additional funding from the five-year GP Contract agreed with the BMA at the end of January included £1.8 billion to fund the recruitment of 20,000 more specialist health care staff to support general practices.

Dr Vautrey said: "Indeed, the delivery of 20,000 healthcare staff over the next four years as part of this package of reform will see a welcome expansion of the workforce and will increasingly free up GP's to do what they do best - care for patients."

In February this year, a study from the University of Warwick revealed that four in 10 doctors wanted to leave the profession because of large workloads and feelings of demoralisation.

In March, health experts at The King's Fund, Nuffield Trust and Health Foundation warned the NHS was unable to train enough GPs and nurses to meet demand.

If action was not taken, they predicted that GP shortages in England would almost triple to 7,000 by 2023/24.

Labour's shadow health secretary Jonathan Ashworth, said: "After years of Tory cuts and falling GP numbers it's shocking, but unsurprising, that patients are now waiting longer than two weeks on average to see a GP.

"Whether it's for surgery, in bursting A&Es, for cancer treatment or now in general practice, patients are facing unacceptably long waits.

"The truth is, as Boris Johnson's senior adviser confirmed, the Tories simply don't care about the NHS and can't be trusted with it."

Liberal Democrat health spokeswoman Baroness Judith Jolly said the survey findings should be "condemned" and made "a mockery of the care the NHS seeks to provide".

"This looks like the beginning of the collapse of the general practice system," she warned.

Baroness Jolly added: "This needs more than the Prime Minister throwing money at it, we need to work with GPs to look at how a 70 year olf system needs to change to deliver the service we need."

A spokeswoman for the Department of Health and Social Care said: "This survey represents a small fraction of GPs, and the latest official NHS data shows 2 in 3 appointments happen within seven days of being booked, but we are determined to reduce GP waiting times further."