An angry parent of a sick baby told Boris Johnson the NHS was being destroyed during a confrontation in a hospital corridor. 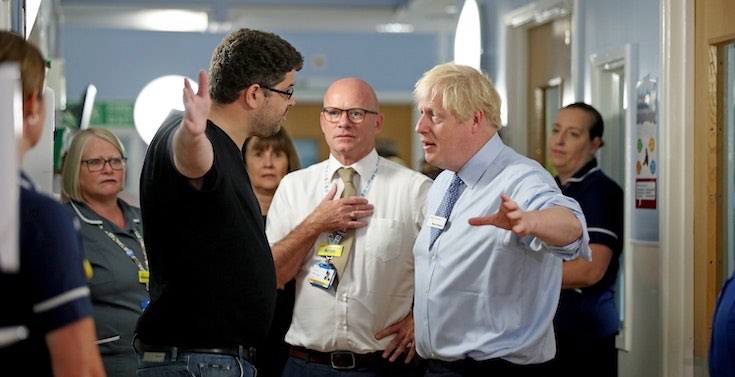 Boris Johnson told there are too few Nurses

Omar Salem claimed there were not enough doctors and nurses as he tackled the Prime Minister.

In a conversation lasting around two minutes, he said the situation was “not acceptable”.

Mr Johnson was visiting Whipps Cross University Hospital in north-east London when he was challenged by Mr Salem – a Labour activist – on a children’s ward.

“The NHS has been destroyed … and now you come here for a press opportunity.” 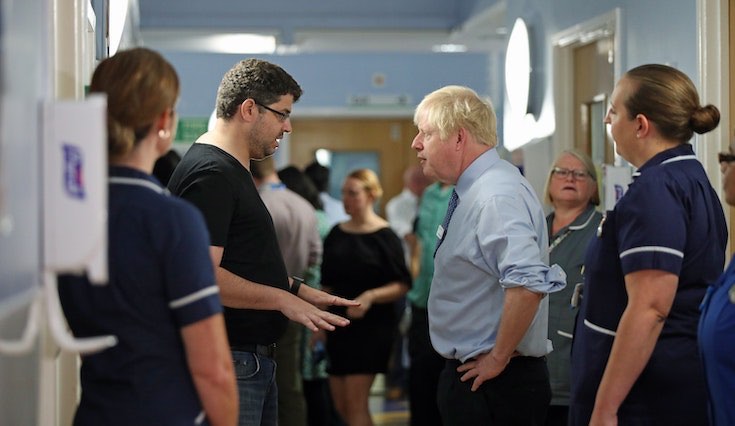 Press opportunity for ex-Mayor of London

The Prime Minister explained he was “here to find out” about the situation but the man said: “It’s a bit late isn’t it? Years and years and years of the NHS being destroyed.”

On Twitter, Mr Salem said his seven-day-old daughter had been admitted in a “gravely ill” state.

He said: “Boris Johnson had the temerity to come to @WhippsCrossHosp for a press opportunity on the children’s ward that my 7 day old daughter is on, having been admitted to A&E yesterday gravely ill.

“The A&E team were great but she then went for hours on the ward without seeing a doctor."

“Boris Johnson has been an MP, @MayorofLondon, Cabinet Minister and now PM while the NHS has been neglected, just as my daughter was last night.

“Rather than drips of money for press opportunities he should get on with properly supporting the NHS so that patients get the care they deserve, there is adequate staffing with good working conditions and worried fathers like me can have some peace of mind.”

Downing Street - this is why we've invested £1.8 billion

Downing Street said the Prime Minister had spent the past six weeks visiting hospitals “to hear directly from NHS staff and patients – and this is exactly why he is so committed to making sure investment reaches frontline services, so that doctors and nurses have the resources they need and patients receive consistently world-leading care”.

A Number 10 spokesman said: “This is why we’ve recently invested an additional £1.8 billion into frontline services and are upgrading 20 hospitals across the country.”

Labour said Mr Johnson was being confronted by the effects of Conservative austerity and hit out at his claim there was “no press” at the event.

“He can make as many phoney announcements on the NHS as he likes but he can’t hide from the truth, or from patients

“The Tories have plunged the health service into crisis through years of cuts and privatisation and the Prime Minister can’t run from the consequences this has had for patient care.”