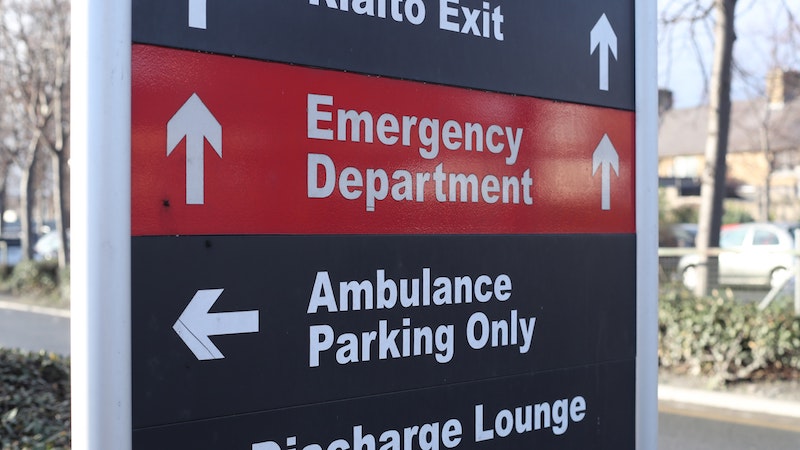 Just over a third of the most urgent ambulance calls were responded to within time targets in Northern Ireland over the last year, figures show.

The official target is 72.5% of the most serious calls reached within eight minutes.

The actual rate achieved in the past year was 37%.

While the true percentage of calls requiring such a speedy response may be much lower, the ambulance service plans to introduce major changes by 2021 and recruit hundreds of extra staff.

Mr Beggs said: “I am extremely concerned that patients’ lives are being placed at risk as a result of the rapidly deteriorating response times of the Northern Ireland Ambulance Service (NIAS).” He obtained the statistics, characterised as a “major breach” of a target primarily put in place to protect patient safety.

The figure has been steadily falling for each of the past seven years and now lags far short of the overall 68% performance achieved in 2012/13, he added.

The East Antrim Stormont Assembly member stated: “That is simply outrageous and falls far below the safe and sustainable standard that people should expect.

“Whilst patients are suffering, it’s also completely unfair to be putting our paramedics in this situation.”

Kevin McAdam, Unite the Union’s regional officer for health members, said the reduced standard of service provision was due to health trusts being expected to make savings year-on-year.

“This manifests itself in the ambulance service being understaffed, although the hardware is sitting there.

“Given the low staffing numbers and the previous lack of an education route into a paramedic role, this leaves an under-resourced staff facing lots of overtime and excessive hours, which leads to increased pressures and as a consequence stress among the workforce leading to increases in sickness.

“Ultimately the service needs (to be) resourced to reflect the needs of the community.”

Mr McAdam said changes in call handling and the latest workforce review may lead to improvements being identified, but unless and until the service had more resources he feared nothing would change for the better.

Mr Beggs added: “The longer someone has to wait for assistance in a life-threatening emergency, the greater the risk there is of them coming to serious harm.”

He said: “It is outrageous therefore, that whilst the official target is that 72.5% should be responded to within eight minutes, over the last year across Northern Ireland only 37% of these urgent calls were met within this time.”

With an ageing population the demands being placed on the ambulance service are constantly growing, the Ulster Unionist said.

The Northern Ireland Ambulance Service blamed the figures on the continuing high levels of demand.

It prioritises approximately 30% of calls received through the 999 system as Category A – immediately life-threatening.

But research across the UK, based on information collated following the arrival of a paramedic response, has shown that the true percentage of life threatening conditions is approximately 7%.

A system has been introduce to target the quickest response to patients who were sickest, bringing enormous benefit to patients with no detriment to others, the service said.

A review said around 330 extra staff were needed to support the new system.

The NIAS said it would be able to deliver full benefits of the change by 2021/22.