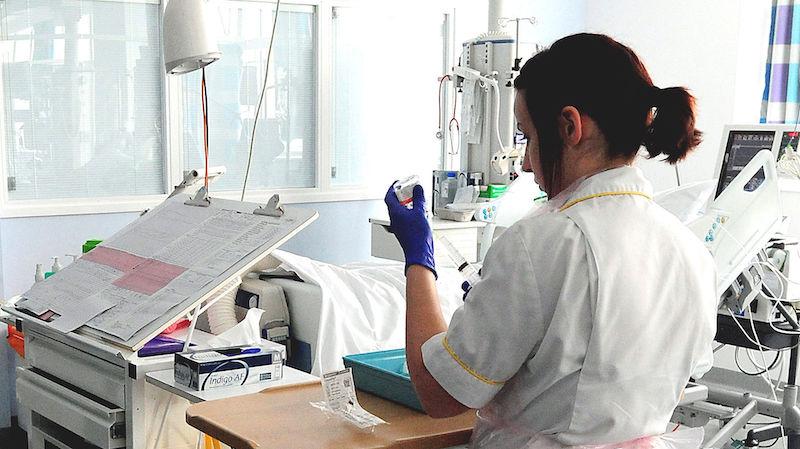 The Scottish Government spent more than £450,000 a day on agency staff for the NHS last year, new figures show.

"NHS staffing levels in Scotland are at a record high level"

The figure is down £2.8 million on the previous financial year but has risen by around £76 million in a decade. 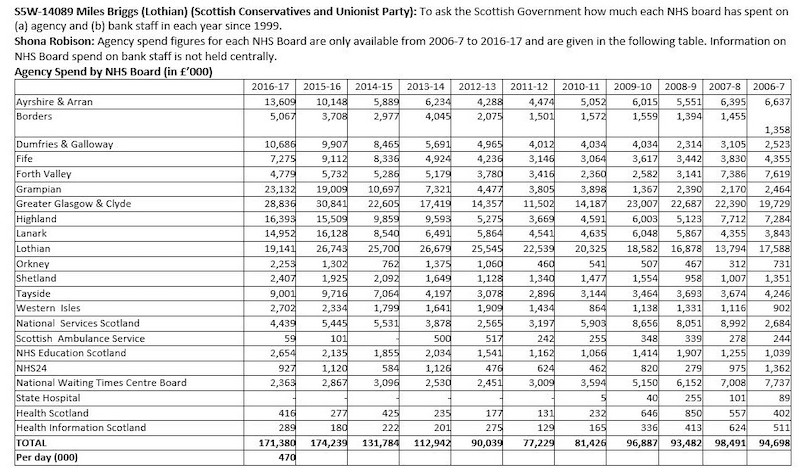 The Conservatives said the figures, disclosed by Health Secretary Shona Robison in an answer to a parliamentary question from party health spokesman Miles Briggs, indicate the government has “failed” to ensure sufficient staff levels in the NHS. 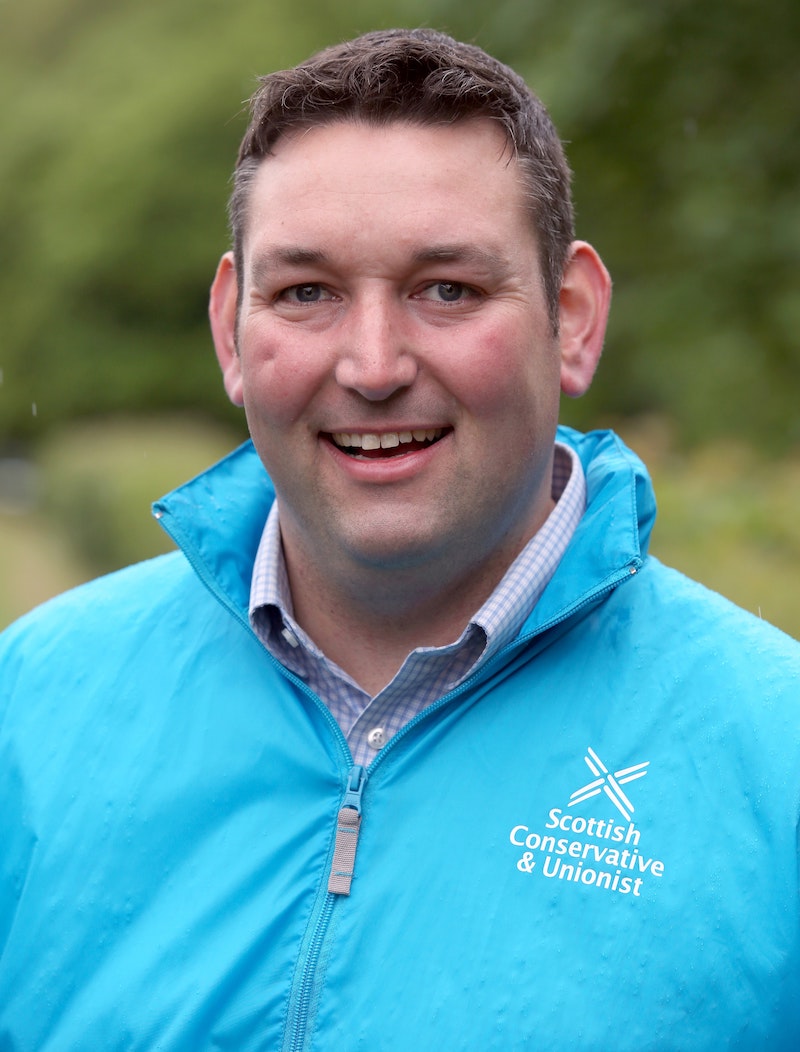 Mr Briggs said: “Agency staff are really important in our NHS as they are flexible and can fill short-term staffing gaps, as well as reducing waiting lists.

“However the SNP mismanagement of the NHS has clearly led to a long-term reliance on agency staff at very high cost.

“These figures expose the utter hypocrisy of the SNP as it has consistently spoken against private involvement in the NHS whilst spending half a million pounds each day to agency staff.

“The SNP has totally failed to ensure that staffing levels in the NHS are sufficient, and with morale at rock bottom among doctors and nurses, this will only get worse.

“It’s time the SNP took responsibility for this situation, get on with the day job, and make sure our NHS has enough staff to function properly.”

The Scottish Government said the NHS spends more than £6.5 billion on staffing a year.

A spokeswoman said: “NHS staffing levels in Scotland are at a record high level, have increased by over 12,400 under this government and the cost of agency staff has reduced in the last year.

“To support our twin approach of investment and reform, the draft budget increases the health resource budget by more than £400 million, taking it to a record high of over £13.1 billion and providing additional investment in frontline NHS boards of 3.7%.

“All NHS boards have clear action plans in place to reduce the use of agency staff further, as well as arrangements to ensure that when temporary staff are required, agency are the last resort.”