A staff shortage of NHS nurses has forced Oxford's community hospital to close temporarily at the end of this month. 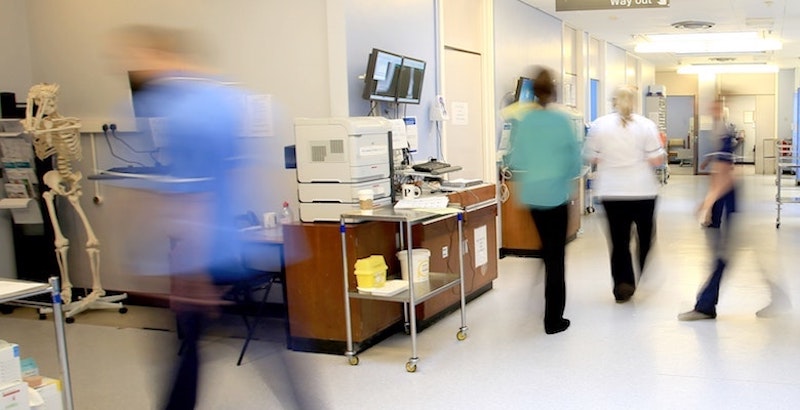 The hospital is desperately low on staff, meaning that the trust has had to make the decision to temporarily close the hospital at the end of the month on safety grounds, the Oxford Mail says.

Staff levels have become so low that more than two-thirds of nursing posts will be vacant, according to the trust's bosses. They have been left with no option but to close the 12-bed ward.

NHS services across the UK, including Oxfordshire's, have been fighting a long battle of the staffing crisis for several years, with the cost of living in areas deterring staff from applying to posts.

The trust said current patients in the City Community Hospital will be assessed, however, it's predicted that four patients will be transferred home and the rest will be relocated to different hospitals in the surrounding areas including Abingdon and Witney.

The ward will remain closed until review in September.

An Oxford Health spokesman said "This closure is for patient safety reasons, as there are insufficient registered nursing staff to ensure safe staffing of the unit across all shifts, due to two thirds of posts falling vacant by month end."

Oxford Health also covers mental health services within the county and manages eight community hospitals. NHS figures suggests the trust employs 5,343 staff with just over 13% of posts being vacant as of March, according to the Oxford Mail.

Nuffield Trust released a report saying that '1 in 12 posts are vacant in hospital and community services' with '40,000 vacancies being advertised in nursing and midwifery'.

Trusts are relying heavily on temporary staff, however this brings implications such as distruption to health services, 'reduced ability to deliver continuity of care to patients', and high costs to the NHS.

The Thames Valley is the most affected by staff shortages, and nursing and midwifery is the staff group with the most vacancies.

The staff have been working longer and extra hours to fill in the gaps of vacant staff, however this won't prove to be sufficient in the long term.

The Oxford Health spokesman added: "City has had high vacancy rates in registered nursing with around half of posts vacant since 2016.

"Additional nursing cover has been provided by two senior staff, equivalent to one more post.

"With staff leaving at the end of May, almost two thirds of posts will be vacant."

He then went on to say: “Staff shortages at City are despite strenuous efforts to recruit through fairs, open days and online campaigns.

“For example, previous job adverts that have had over 700 views, have not converted to a single application.

“For existing staff, shortages have created additional pressure while caring for patients who have more acute needs than in the past.

“Agency cover relieves some of this but does not provide the consistency of care that these patients need from permanent staff with local expertise and experience.”

Two registered nurses are required per shift to keep in line with national safe staffing guidelines, to ensure patient safety for those who are frail or have complex health needs.

According to the Oxford Mail, union leaders, politicians and hospital bosses have backed calls for an 'Oxford weighting' to boost salaries of key workers, similar to 'London wages', to attract new recruits.

Recent research by Unison found that 85% of the wages of workers at the lower end of the NHS pay-scale goes towards rent for a one-bed flat.

Without action on the cost of living to help recruit staff and also allow staff to relax and recuperate on days off, it's only going to get worse."