Cancer Research UK said staff shortages are a large contributor to delays and Government inaction is ‘crippling’ the NHS. 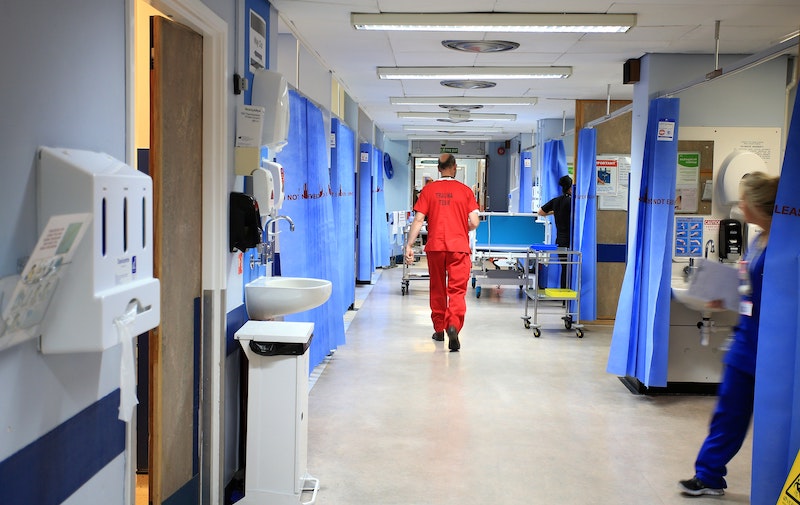 Around 115,000 patients in England were diagnosed with stage three or four cancer in 2017, according to Cancer Research UK

Early diagnosis being missed due to staff shortages

More than 100,000 cancer sufferers missed out on early diagnosis in one year, largely due to staffing pressures, a charity has said.

Around 115,000 patients in England were diagnosed with stage three or four cancer in 2017, according to Cancer Research UK.

The figure, from Public Health England, could be larger as for 19% of patients there is no record of what stage their cancer was diagnosed.

The charity said staff shortages are a large contributor to delays and Government inaction is “crippling” the NHS.

No plan to increase NHS staff as demand rises

Emma Greenwood, Cancer Research UK’s director of policy, said there is no plan to increase the number of NHS staff as demand rises. 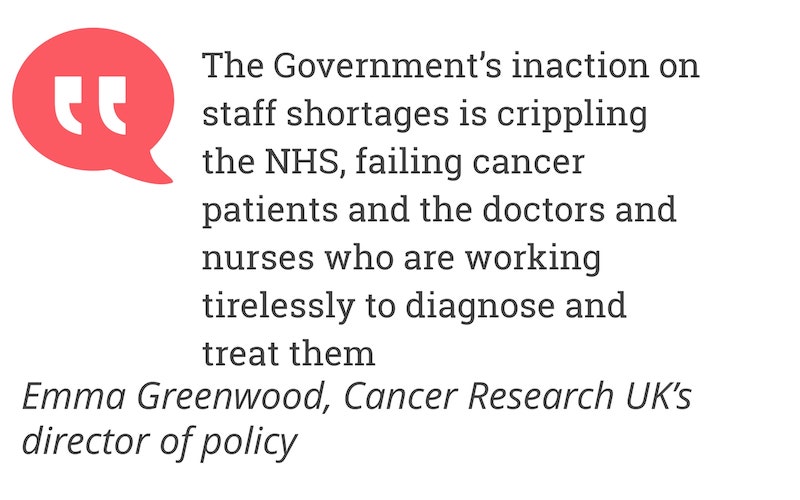 She said: “It’s unacceptable that so many people are diagnosed late.

“Although survival has improved, it’s not happening fast enough.

“The Government’s inaction on staff shortages is crippling the NHS, failing cancer patients and the doctors and nurses who are working tirelessly to diagnose and treat them.”

Last year the Government pledged to have three in four cancer patients diagnosed at an early stage by 2028.

But the charity said there was a “desperate shortage” of staff trained to carry out tests that diagnose cancer.

Increasing referrals have left diagnostic staff under pressure because of vacant posts, a lack of funding to train new doctors and growing lists of patients, it said.

It estimates that an extra 100,000 patients would need to be diagnosed early each year to reach the target.

It leaves trusts struggling to ensure they have the range of specialists needed to carry out tests and report the outcomes within the expected timeframe.

“The shortages of endoscopists and radiologists are particularly serious.

“The NHS is committed to improving cancer care and outcomes as part of its long-term plan.

But to do this, we must see investment in education and training to make sure we are safeguarding these skills within the service.

“We also need to see more capital investment in the equipment needed to both diagnose and treat cancer.”

A Department of Health and Social Care spokesperson said: “Cancer is a priority for this Government – survival rates are at a record high and in the NHS Long Term Plan, we committed to detecting three quarters of all cancers at an early stage by 2028.

“We now have over 900 more diagnostic radiographers working in the NHS when compared to 2017, and the record £33.9 billion extra we’re investing in our NHS every year will ensure we can support the health service with the staff it needs for the future.”