Woman discharged 18 months after being deemed fit to leave hospital

The Mental Welfare Commission found that a row between a healthcare partnership and her family was the main cause of the delay. 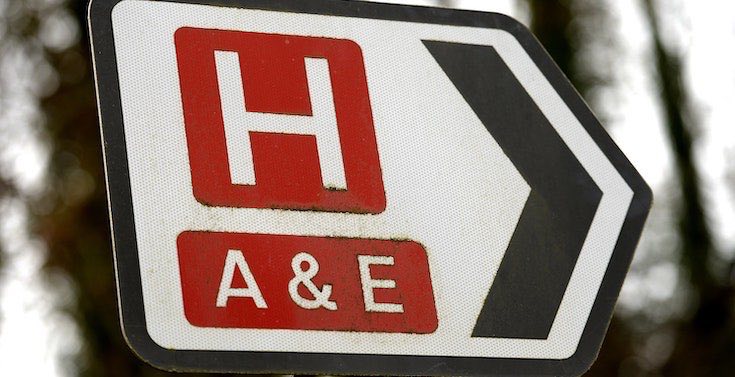 A woman spent 18 months in hospital after being deemed fit to leave due to a disagreement between her family and a healthcare partnership, according to a report.

The patient – who has learning disabilities, cerebral palsy, diabetes and is registered blind – was admitted for treatment to a neck fracture in December 2015.

She had lived in the family home all her life – cared for by her mother and brother – with additional social care support paid for by both the Health and Social Care Partnership (HSCP) and the family.

The patient – known as Ms ST and in her late fifties when admitted – was judged fit to leave the Scottish hospital in March 2016.

But her discharge was delayed when a row broke out between her family, health professionals and the HSCP.

The HSCP believed Ms ST should move to a care home, but her relatives wanted her to return home.

They had bought a ground-floor adapted flat in March 2016 specifically to make life easier once she did so.

The partnership was said to have deemed the family “impossible to work with”, which led to the HSPC “becoming unwilling to take on board other perspectives”.

She was discharged to her home in September 2017 and lives there “successfully with her mother”.

The Mental Welfare Commission launched an investigation into the incident and found that her human rights were impacted due to the prolonged stay.

It claimed a “genuinely open and collaborative planning process” could have stopped the need for her lengthened time in hospital.

Kate Fearnley, executive director at the Mental Welfare Commission, said: “It is our view that discharge could have taken place within a few weeks, rather than after almost 18 months of delay.

“This delay caused unnecessary distress to Ms ST and her family, and meant that Ms ST was living in a single room on a busy general orthopaedic medical ward rather than at home.

“But in this case that was not working – there appeared to be no mechanism between these services to address and progress fundamental differences of professional opinion, which resulted in a protracted series of delays.

“HSCP also appear to have concluded that the family were impossible to work with.

“This attitude led to the partnership becoming unwilling to take on board other perspectives, which we feel does not reflect the partnership approach that characterises good social care.

“Ms ST had a family who were willing and able to have their loved one living back at home, with support, yet had to fight their cause over many months.

“There are specific additional recommendations for the partnership involved in this case which we expect to be followed.”