Play video: "I love the bond that you build with these families and how you almost become a part of their family

NICU Nurse, Nicola, explains what she loves about her job and how you can follow in her footsteps: what you need to do and what you can expect your job to be like.

Topics Covered In This Video

The Best Nursing Career For Those Who Love Babies Is….

Neonatal Nursing - For Nurses Who Have An Eye For Detail

What Is A NICU Nurse?

What Are The Responsibilities Of A NICU Nurse?

It’s Not Just About Cuddling Babies

It’s Also About The Parents

What Are The Challenges Of Being A NICU Nurse?

What Career Pathways Are Available To NICU Nurses?

The Best Nursing Career For Those Who Love Babies Is….

Hi, guys. My name is Nicola, and I'm a Neonatal Nurse.

Today, I'm going to be talking to you all about NICU Nursing .

So I decided to become a Neonatal Nurse because I absolutely love looking after the babies.

And then when I found out that there was a specialism dedicated to looking after just babies, I was sold.

In my second year of university, I had the opportunity to work within a Neonatal intensive care unit.

And my love for this specialism was solidified.

Aside from loving looking after the babies, I also really enjoy the aspects that make up Neonatal Nursing .

Neonatal Nursing - For Nurses Who Have An Eye For Detail

I really enjoy that Neonatal Nursing requires you to be very precise.

You have very specific tasks that you need to do, very individualized way of doing things. And I absolutely love that.

I feel like those sorts of qualities and elements that make up Neonatal Nursing or traits that I possess within myself.

And so I found that the two of loving being a Neonatal Nurse and having these different tasks that make up the job were really good mesh for me.

What Is A NICU Nurse?

So for those that don't know NICU stands for Neonatal Intensive Care Unit.

Do you have any questions for Nicola?

Ask Nicola about NICU Nursing below

And a NICU Nurse is a Nurse who works within the Neonatal intensive care unit looking after extremely premature babies and also looking after term newborn infants who have a range of both medical and, or surgical conditions.

What Are The Responsibilities Of A NICU Nurse?

The responsibilities of a NICU Nurse will vary depending on the type of unit that you are working on.

Within the UK, there are a range of Neonatal units and they are graded from one to three depending on the severity of patients that they take.

You will also have both medical and surgical units as well.

It is really, really variable.

It’s Not Just About Cuddling Babies

But one thing that I always always say to people that NICU Nursing is more than just cuddling babies.

There are so many things that I love about being a Neonatal Nurse.

I love being a part of a patient's journey right from the very start of their life.

It is an absolute privilege to be able to be part of that journey and having back input in that patient's life.

I love seeing these tiny 24, 25 weekers who have their eyes fused sharp and they've got no hair and they can fit in the palm of your hands growing into these term babies with personalities and attitudes and they're smashing their milestones.

And it's so nice to see patients who've been really, really sick doing so well.

It’s Also About The Parents

I love the bond that you build with these families and how you almost become a part of their family.

And I love seeing the progression and the growth in parents as well.

When you first meet a lot of parents, they're scared, they're worried, they didn't even know a Neonatal unit existed, that I wanna touch their babies, they feel like they're not good enough to be the parents.

And then by the end of the journey, they're strong, they're empowered, they know what they're doing, they can advocate for their babies and it is honestly one of the best things to see.

I love the simplicity of some of the tasks that you get to do.

Being able to give a baby their first bath, their first bottle. And these are everyday tasks that people take for granted with their own babies.

But I think my favorite thing about Neonatal Nursing is when the babies prove us wrong.

And we think that this baby is gonna do what this book says it's gonna do. And that baby says, "No," and they smash it and they do wow.

And they thrive and they completely stun us.

They may prove us wrong and I absolutely love that.

What Are The Challenges Of Being A NICU Nurse?

So there are many challenges that come with being a NICU Nurse.

And one of them for me is the fact that you have to be able to process and accept that sometimes the outcomes are not always gonna be favorable no matter how hard you and your colleagues try.

And that is a really tough pill to swallow because I feel like as healthcare workers all we wanna do is make people feel better.

We wanna give the best care possible.

And knowing that actually, regardless of what you and your colleagues have done is not really made a difference to the outcome of the patient, is really, really difficult.

I find that the ups and the downs that you go through as a NICU Nurse, really challenging.

You can be on a high one minute because you've just been to a delivery.

You've witnessed twins being born but don't need to be admitted to the Neonatal unit.

And you're thinking, "Oh my God, that was amazing.

"That was exhilarating. "I've just seen these beautiful babies being born."

We're getting these babies out, they're doing well.

And then you get that reality of, "Oh, actually, okay. Maybe we're not smashing it because the outcome wasn't what we were expecting."

And that's a really difficult, tough pill that you have to learn to swallow as a NICU Nurse and it's particularly challenging when you are dealing with babies and such a young, fragile life.

What Career Pathways Are Available To NICU Nurses?

Neonatal Nurses are highly sought after.

It is still a specialism that is massively understaffed. And there is a lot of room for progression.

Some other career pathways that you can take within neonatology is becoming an advanced Neonatal Nurse practitioner.

You can also become part of the transport team where you go around the country, transferring babies to different Neonatal intensive care units.

You can progress from being a staff Nurse at the bedside to being a sister, a ward manager, a matron, you can become an educator, you can also be a community or discharge Nurse.

And some hospitals have roles such as family care coordinators.

And that involves you working alongside the families and doing a lot of education and teaching.

So there are so many different roles within Neonatal Nurse. It just depends what you're interested in.

So if it's something that you are considering and you wanna go for it I would 100% advocate that you do.

It's an amazing specialism. It's new.

There's lots of things are always changing and happening.

And it is honestly one of the most rewarding specialties out there.

Do you have any questions for Nicola?

Ask Nicola about NICU Nursing below

My name is Nicola Wiafe and I am a NICU Nurse with six years worth of Nursing experience. I have previously worked in the NHS, Australia and now I am on a career break Nursing in the Middle East. I also run a Nurse-led aesthetics business alongside my NICU Nursing and I am currently completing my level 7 qualification in aesthetics medicine. I am really passionate about encouraging Nurses to strike a work life balance that works for them.

My name is Nicola Wiafe and I am a NICU Nurse with six years worth of Nursing experience. I have previously worked in the NHS, Australia and now I am on a career break Nursing in the Middle East. I also run a Nurse-led aesthetics business alongside my NICU Nursing and I am currently completing my level 7 qualification in aesthetics medicine. I am really passionate about encouraging Nurses to strike a work life balance that works for them. 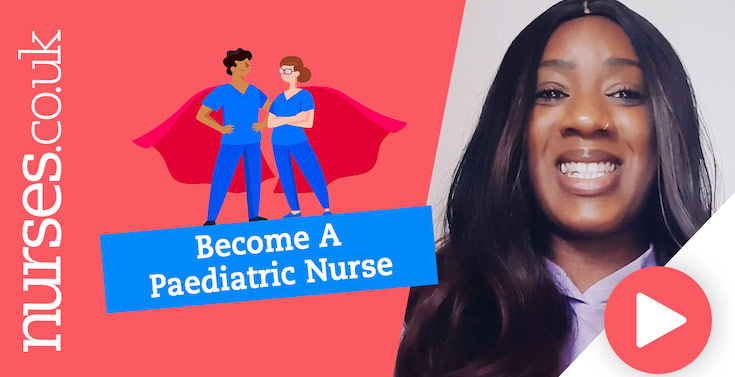 How To Become A Paediatric Nurse

VIDEO: Paediatric Nurse, Angie Jay, describes her career journey in Paediatrics, the qualifications and experience required, as well as some advice on beginning your own your own Nursing journey. 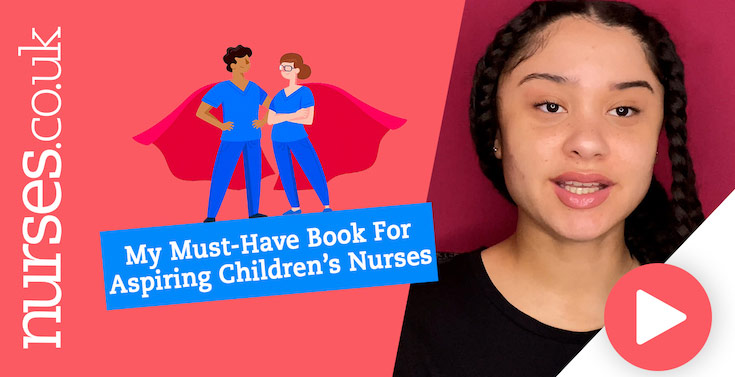 VIDEO: Children’s Nurse in training, Alexandria offers her must-have book recommendation for any aspiring Children’s Nurses, giving a rundown of what’s inside and why she thinks it’s an essential book 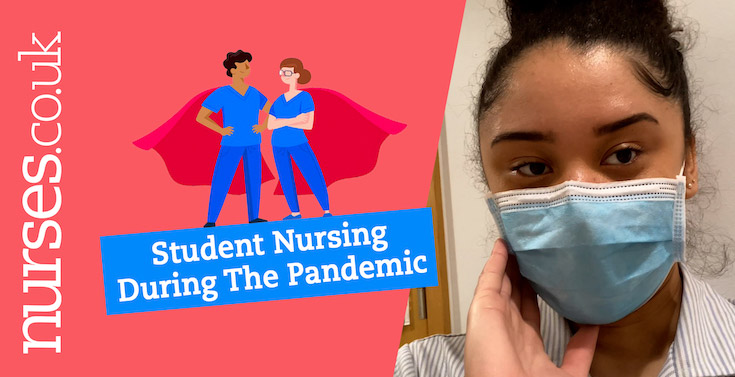 Student Nursing During The Pandemic

VIDEO: Student Nurse, Alexandria, outlines a day in the life of her Nursing placement during the pandemic, with observations on emerging illnesses and how Student Nursing is changing.