US President Donald Trump said he did not expect the health service to be ‘on the table’ in trade discussions. 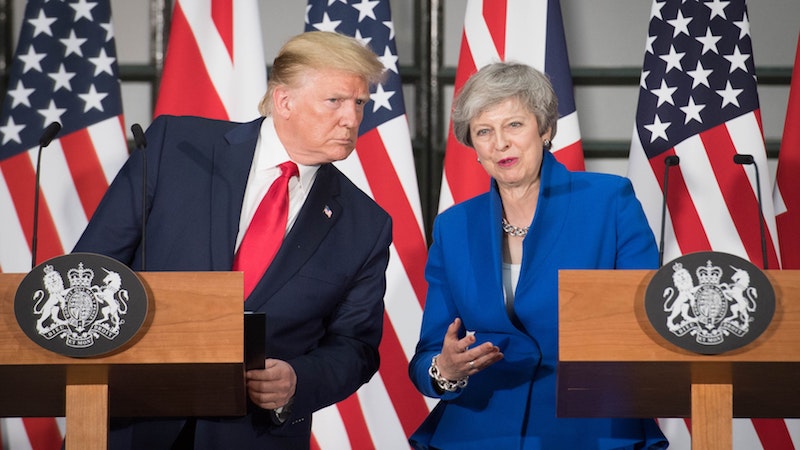 Donald Trump has rowed back on his suggestion that access for US firms to the NHS must be part of talks for a post-Brexit trade deal.

The US President had used a joint appearance with Theresa May to say that the NHS would be “on the table” as part of a “phenomenal” potential transatlantic deal.

• Matt Hancock tells US ambassador NHS is not for sale

But in a U-turn, he used a major TV interview to say “I don’t see it being on the table” as the NHS was “something that I would not consider part of trade”.

At his joint press conference with the Prime Minister, Mr Trump held out the prospect of a deal that could potentially triple the volume of trade between the two countries.

At the same time, he made clear that there could be no limit to the scope of their discussions. “I think everything with a trade deal is on the table,” he said 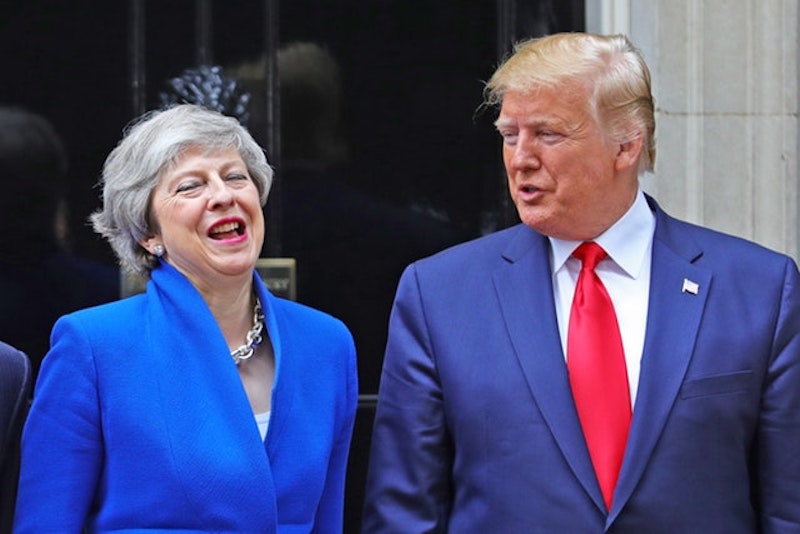 “When you’re dealing in trade, everything is on the table – so NHS or anything else, a lot more than that, but everything will be on the table, absolutely.”

Mrs May appeared to be taken aback by his comments, retorting: “The point in making trade deals is of course that both sides negotiate and come to an agreement about what should or should not be in that trade deal for the future.” 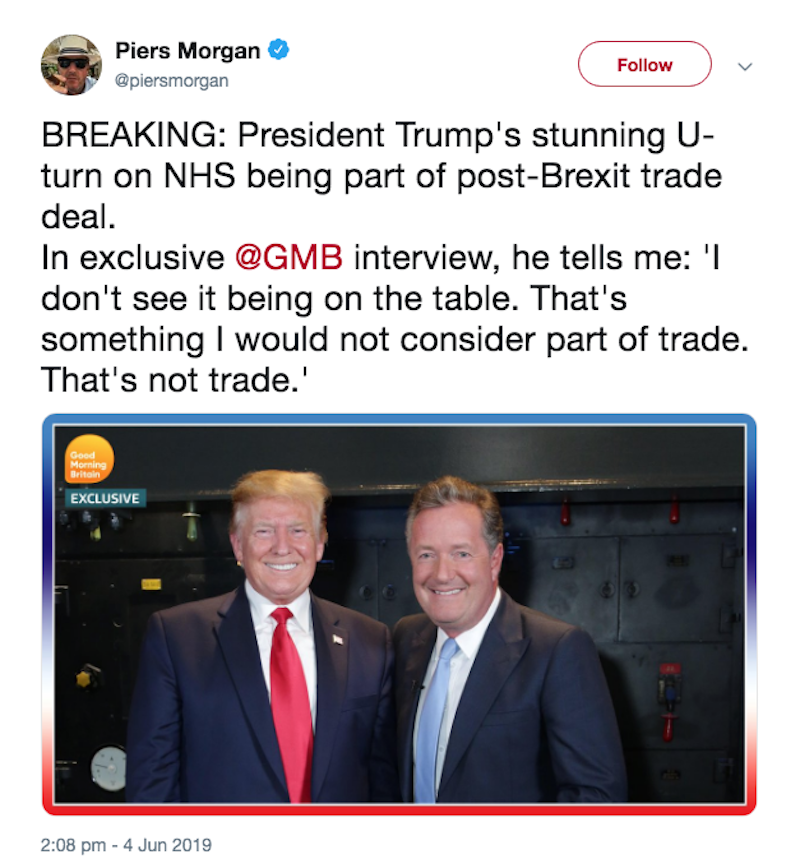 In an interview with Good Morning Britain’s Piers Morgan, he said: “I don’t see it being on the table. Somebody asked me a question today and I say everything is up for negotiation, because everything is.

“But I don’t see that as being, that something that I would not consider part of trade. That’s not trading.”

Mr Trump’s eventful visit to the UK will continue on Wednesday, when is expected to meet Tory leadership hopefuls Michael Gove and Jeremy Hunt.

He also held out the prospect of a meeting in the future with Jeremy Corbyn after snubbing him during this visit.

Asked if he could imagine negotiating a trade deal with a government led by Mr Corbyn, the president told Good Morning Britain: “It’s always possible. Anything is possible.”

He said he “didn’t think it was appropriate” to meet Mr Corbyn “but I would”. “I certainly would have no problem with it,” he added.

The Labour leader addressed crowds of protesters on Tuesday as Mr Trump met the Prime Minister.

Among those who have had meetings with the president are Brexit Party leader Nigel Farage and senior Tory Eurosceptics Iain Duncan Smith and Owen Paterson.

Tory leadership frontrunner Boris Johnson was offered a meeting but declined in order to attend a hustings in Westminster, although he had a 20-minute phone conversation with the president.

The expected meetings with Mr Hunt and Mr Gove come after the president was asked about the Tory leadership race during his press conference on Tuesday.

He then turned to Mr Hunt and joked: “I don’t know Michael – would he do a good job, Jeremy?” Despite Mr Trump’s suggestion that he did not know Mr Gove, the two men have met – the Environment Secretary interviewed the then president-elect at Trump Tower for a story published in The Times in January 2017.