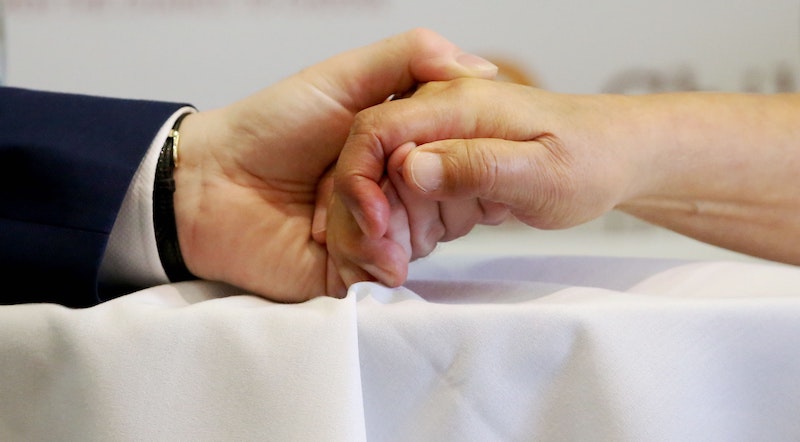 Researchers said the study was a ‘major advance’

Surgeons in Australia attached nerves connected to working muscles above the spinal injury to nerves attached to the paralysed muscle below it.

The working nerves were then able to “reanimate” the paralysed muscle in people with tetraplegia, the paralysis of the upper and lower limbs.

After two years of physical therapy, the young adults were able to reach their arm out, open and close their hand and pick up objects.

They can now feed themselves, brush their teeth and hair, put on makeup, write, use tools and handle money.

Biggest study of its kind

The study, published in The Lancet, is the largest of its kind, with researchers calling it a “major advance” in restoring hand and arm function.

Some 59 nerve transfers were completed in 16 people with an average age of 27, who suffered spinal cord damage to the neck less than 18 months previously in accidents largely involving traffic or sport.

• Is nursing the right career for me?

For 10 people they combined the surgery with traditionally-used tendon transfers, with different styles of reconstruction bringing specific strengths to each hand.

Dr Natasha van Zyl from Austin Health in Melbourne, who led the research, said: “For people with tetraplegia, improvement in hand function is the single most important goal.

“We believe that nerve transfer surgery offers an exciting new option, offering individuals with paralysis the possibility of regaining arm and hand functions to perform everyday tasks, and giving them greater independence and the ability to participate more easily in family and work life.

“What’s more, we have shown that nerve transfers can be successfully combined with traditional tendon transfer techniques to maximise benefits.

“When grasp and pinch was restored using nerve transfers in one hand and tendon transfers in the other, participants consistently reporting that they liked both hands for different reasons and would not choose to have two hands reconstructed in the same way.” 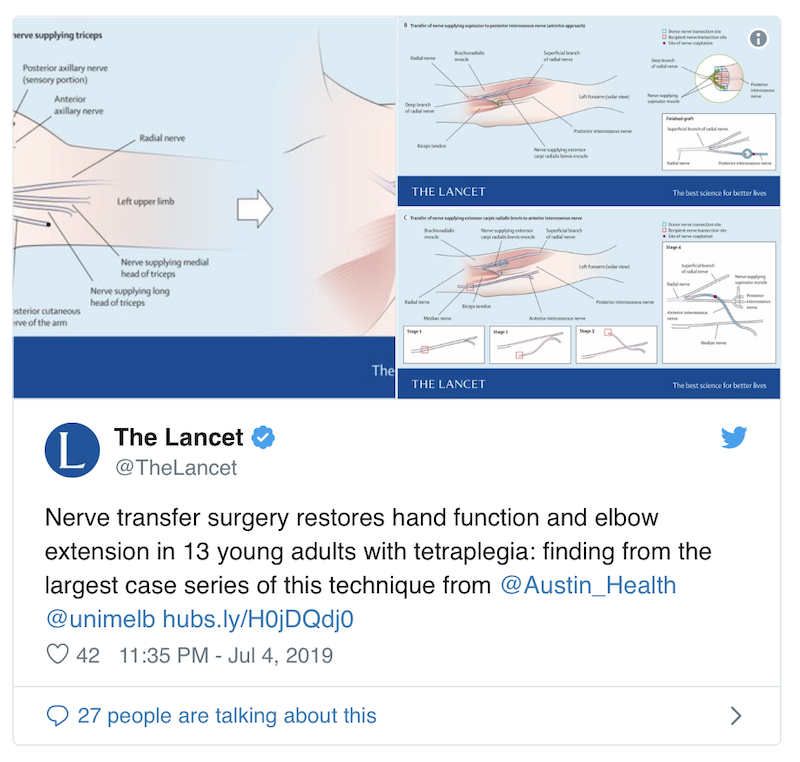 Up until now, tendon transfers have been used to reconstruct upper limb function, with working muscles “surgically re-sited” to replace paralysed ones.

The nerve transfer surgery allows for the direct reanimation of the paralysed muscle, can reanimate more than one muscle and means less recovery time.

It should be performed within 6-12 months of the paralysis and it can take months for nerve regrowth into the paralysed muscle to occur.

The surgery did not work in three people, with two participants experiencing a permanent decrease in sensation and two a temporary decrease in wrist strength which was resolved by surgery.

The team say more research is needed to identify who is most likely to benefit from the technique.