Nicola Leahey was infected with the disease after receiving blood transfusions in 1975 and 1980. 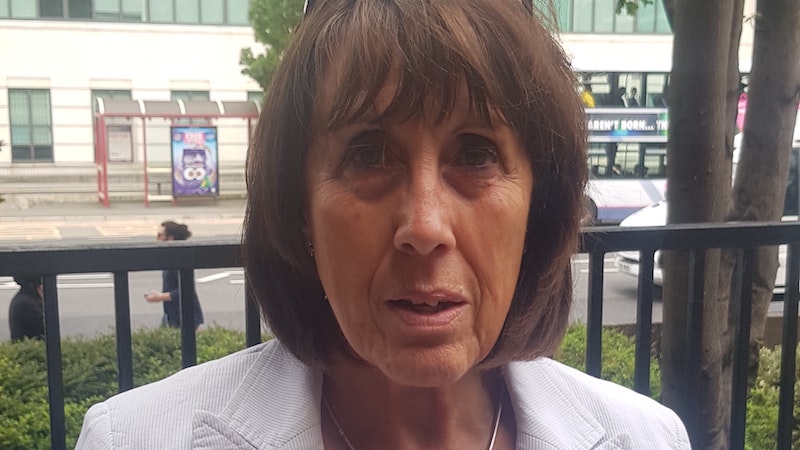 A retired senior NHS manager has described how she was “made to feel like a leper” after she found out she had contracted Hepatitis C following a series of blood transfusions 40 years ago.

Nicola Leahey told the Infected Blood Inquiry she wants to know that lessons will be learned from the infection of thousands of patients with HIV and Hepatitis in the 1970s and 80s.

And she also urged the health service to improve the way in which medical professionals deal with patients.

Summing up her thoughts to inquiry chairman Sir Brian Langstaff, she said: “On a personal note, why was my Hep C not detected earlier? I had had several hospital admissions or surgeries. Or had it?

“Why was I made to feel like a leper?

“Why did I go from being the matriarch of the family, the go-to person, to suddenly becoming a useless, ill, depressed person with seemingly, in my eyes, nothing to offer?

“I had lost my purpose in life.”

Mrs Leahey, from Chorley, Lancashire, said: “Is this inquiry going to be able to say, however too late, that lessons have been learnt and, more importantly, action has taken place?”

She added: “When they realised about the contaminated blood, in the 1980s or whenever, why were audits not carried out, or were they?

“Why weren’t all patients who received blood transfusions tracked and tested?

Mrs Leahey told the inquiry, currently sitting in Leeds, that she received blood transfusions in 1975 and when she was very seriously ill in 1980.

She said she later worked as a clinical governance and audit manager for an NHS Trust in the north-west and believed she could have risen to director level, but began to feel tired, and that she was not working to her full potential.

But she said it was not until 2009 that she was diagnosed with Hepatitis C.

Mrs Leahey said that, despite staff knowing about her previous senior role in the NHS, she had a series of bad experiences with medical professionals, sometimes in consultations she had paid for privately.

She said one doctor told her she was “lucky” she had not contracted HIV and how a specialist nurse told her she was “very lucky” to be getting treatment, because it was expensive and that she would not be allowed more than one course.

Mrs Leahey, who now volunteers as a hospital governor focusing on patient experience, said she became very depressed as her difficult treatment continued, even though it eventually cleared the Hepatitis.

She said she has continued to have a series of health problems despite being clear of the Hepatitis, and she still fears it may come back.

Mrs Leahey also described how she feels guilty as she worries about people she could have infected in the years before she was diagnosed.

She said she has continued to have bad experiences with medical staff, recounting one incident with a doctor who said she did not need to go back for blood tests unless she got liver cancer or cirrhosis.

“I was a strong person, a positive person but he turned me into that universal patient,” she told the inquiry.

Sir Brian asked her if she thought the patient experience had improved over time.

Mrs Leahey said she believes some of this was down to staff shortage, but she said it also a matter of empathy and understanding.

She told the inquiry that all clinicians should spend a day and, especially, a night in a hospital bed to see the experience from a patient’s point of view.

“I always say every healthcare professional should be in a bed, have every tube possible poked up any hole in you, to realise how you lose your dignity, and to realise that,” she said.