Prostate cancer could be treated by radiotherapy in one visit, study suggests

A new radiotherapy technique could cut the length of treatment for prostate cancer patients. 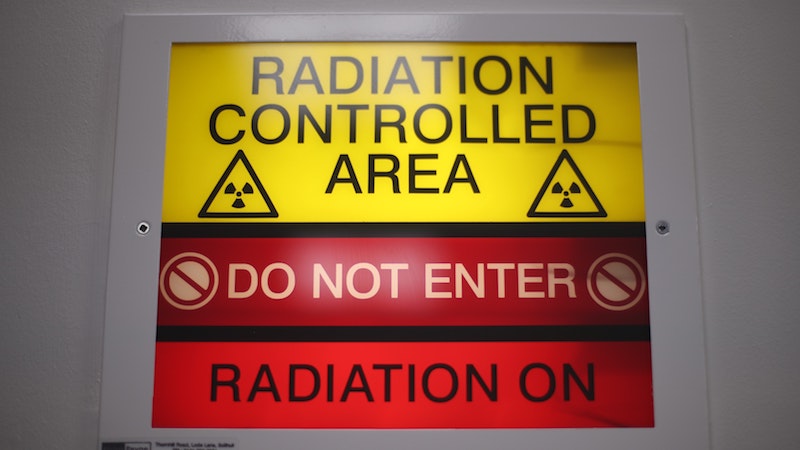 The study suggested that the session of radiotherapy alongside hormone treatment has a high success rate in treating prostate cancer.

Men with prostate cancer could be treated with a high dose of radiation in a single session, new research suggests, saving patients from multiple visits to hospital.

A study, presented at the European Society for Radiotherapy and Oncology (ESTRO) annual congress, found the technique was safe and effective for treating those with a low-risk form of the disease.

The method was also successful in treating some men with medium and high-risk prostate cancer, but more work is needed to improve the results, the researchers said.

The new treatment, known as high dose-rate brachytherapy, delivers radiation using a set of tiny tubes directly to the tumour.

Brachytherapy is already been used by some hospitals to treat patients but, as with most radiotherapy, requires men to visit hospital for a series of low-dose treatments over days or weeks.

In this new study, researchers from the Mount Vernon Cancer Centre in London and the Christie NHS Foundation Trust in Manchester studied 441 men with prostate cancer.

The men were categorised as being at a low, medium or high risk of the cancer spreading, and all were treated with a single, high dose of radiation at UK hospitals between 2013 and 2018.

While 166 also received hormone therapy, none had surgery or chemotherapy.

After two years, 94% of the men showed no sign of the cancer returning, according to levels of prostate specific antigen (PSA) – which can indicate presence of the disease – in their blood, the researchers said.

After three years, 88% of the men showed no sign of the cancer returning, including 100% of the men considered low risk, 86% of the medium-risk group and 75% of the high-risk group.

The researchers identified that the cancer had returned to the prostates of 15 men and spread to other parts of the body in 10 others.

Dr Hannah Tharmalingam, a researcher at Mount Vernon Cancer Centre and The Christie NHS Foundation Trust, said the treatment has few side effects and believes it would be possible to increase the dose further in men with a greater risk of the disease spreading.

She said: “These results indicate that high dose-rate brachytherapy is a safe and effective treatment for men with low-risk prostate cancer but further research is needed in medium and high-risk patients to see if the results can be improved with a higher dose.

“This type of treatment offers an attractive alternative to surgery or other forms of radiotherapy as it has a comparatively low risk of side effects.

“It is also a patient-friendly option because the treatment can be given quickly at a single hospital visit.”

The research was presented at ESTRO 38 in Milan, Italy.