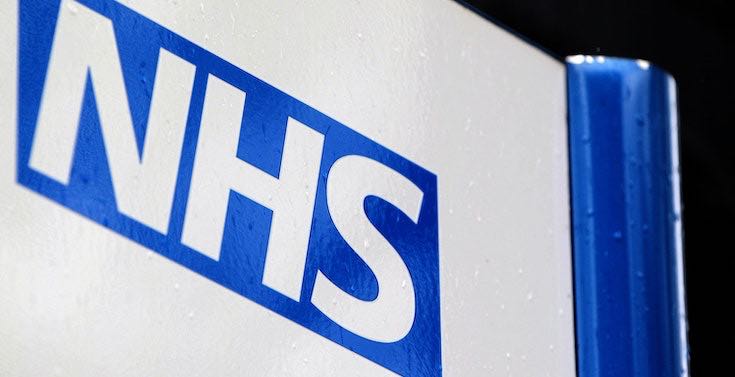 The NHS receives more than 10,000 new claims for compensation every year

The figure includes existing unsettled claims and projected estimates of future claims, according to the BBC, which obtained the data following a Freedom of Information request.

In its annual report for 2018/19, NHS Resolution puts the annual “cost of harm” by the NHS at around £9 billion, of which around 60% relates to maternity claims.

The NHS receives more than 10,000 new claims for compensation every year and the Department of Health has said it will tackle “the unsustainable rise in the cost of clinical negligence”.

The total cost of outstanding compensation claims was £83 billion, according to the NHS Resolution report.

Suzanne White, of the Association of Personal Injury Lawyers, said people often find it difficult to get answers from the medical authorities and are left with no other option but to sue.

“What they want to do is find out what went wrong, why they have received these injuries … and to make sure it doesn’t happen to other patients,” she said.

Dr Christine Tomkin, of the Medical Defence Union, which supports doctors at risk of litigation, said: “We are now awarding compensation in sums of money higher than almost anywhere in the world. What we need is a fundamental change to the legal system.”

A Department of Health and Social Care spokesman said: “We are committed to tackling the unsustainable rise in the cost of clinical negligence and are working collaboratively across government and the NHS on proposals, which we will set out details of in due course.

“Our ambition is for the NHS to be the safest healthcare system in the world and it has been recognised that the rise in costs of claims is not due to a decline in patient safety.”

A statement from NHS Resolution said the number of clinical negligence claims has remained relatively stable year on year but the value of those claims has risen.

“Currently, the law requires that patients are compensated on a basis which assumes a privately-funded care regime for often life-long needs which means that the most serious claims can be valued at in excess of £20 million,” it said.

But it said more than 70% of the claims brought against the NHS are resolved without going to court.

“In recent years, this number has increased with an unprecedented rise in mediation, led by NHS Resolution.

“Decisions to go to trial are not taken lightly but sometimes are necessary to ensure that public funds are not spent on compensating cases which do not have merit.

“In the majority of these cases, the NHS is successful and for every case which goes to trial, six are mediated.

“Lawyers acting for the NHS are subject to fixed and capped fees and so have no incentive to prolong cases – quite the opposite.

“This contrasts with the way in which lawyers acting for patients are paid, which is on an hourly rate, regardless of the value of the claim.”