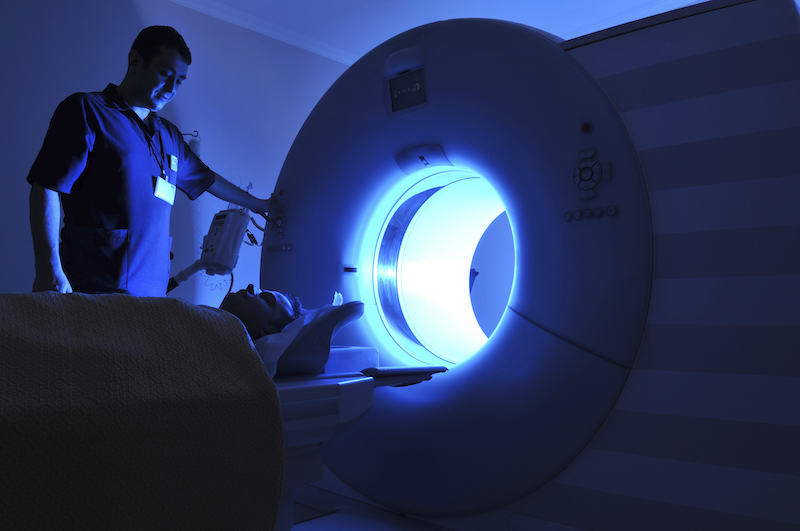 The proportion of patients with suspected cancer who are seen within two weeks of urgent referral is at the lowest level since records began.

In April, just 89.9% were seen within a fortnight of an urgent GP referral, the lowest figure since records began in October 2009 and beneath the 93% target.

The proportion of cancer patients receiving their first treatment within 62 days of an urgent GP referral is also below the 85% target, standing at 77% for the period January to March.

In addition, data from NHS England shows the highest ever number of people waiting for their NHS treatment to start, and a rise in the proportion of patients waiting for key tests such as MRI scans. 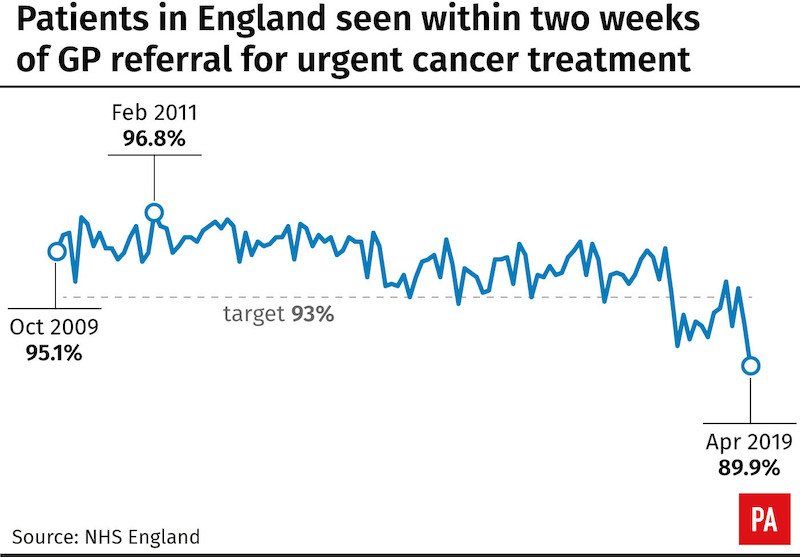 Some 3.6% of people in April waited longer than six weeks for a diagnostic test such as a colonoscopy or an MRI – the highest level in a decade and triple the recommended proportion.

"NHS data shows that, while waiting times are slipping, the NHS is treating more patients"

The data comes after MPs published a damning report earlier this week warning that patients are being put at risk due to long NHS waits. Other data shows ambulance trusts struggling to hit targets and the four-hour A&E standard being repeatedly missed.

“The new five-year funding deal for the NHS came with the explicit expectation that the NHS would get back on the path to delivering its core performance standards.

“But today’s figures show there is still a long way to go, with record numbers of people stuck on hospital waiting lists.

“There are 4.4 million people waiting for consultant-led care and the proportion of patients who began their treatments or got diagnostic tests done within NHS time limits were both at their worst level for more than a decade.

“Cancer patients are also facing longer waits, with the proportion of people who are seen within two weeks following an urgent referral at the lowest level since records began.

“Despite the best efforts of NHS staff, it is hard to see how the NHS can get back to delivering its performance standards while it remains in the grip of a workforce crisis.

“If the Government is serious about giving patients timely access to care, it must deliver on its promises to address staffing shortages and provide investment and reform for social care and preventative services.”

“Despite the BMA warning over a month ago of the crisis in cancer care, it is extremely concerning that we are continuing to see a rising trend in the number of patients forced to wait over two weeks to see a cancer specialist after their GP referral, further adding to their distress.”

"Ministers should put aside their Tory leadership squabbles and sort out the issues in the health service” -  Jonathan Ashworth, MP

Shadow health secretary Jonathan Ashworth said: “These figures are a reminder that years of Tory underfunding and understaffing has left patients increasingly anxious and worried for test results, and will be forced to wait longer for vital treatment.

“Ministers should put aside their Tory leadership squabbles and sort out the issues in the health service.”

NHS data shows that, while waiting times are slipping, the NHS is treating more patients. 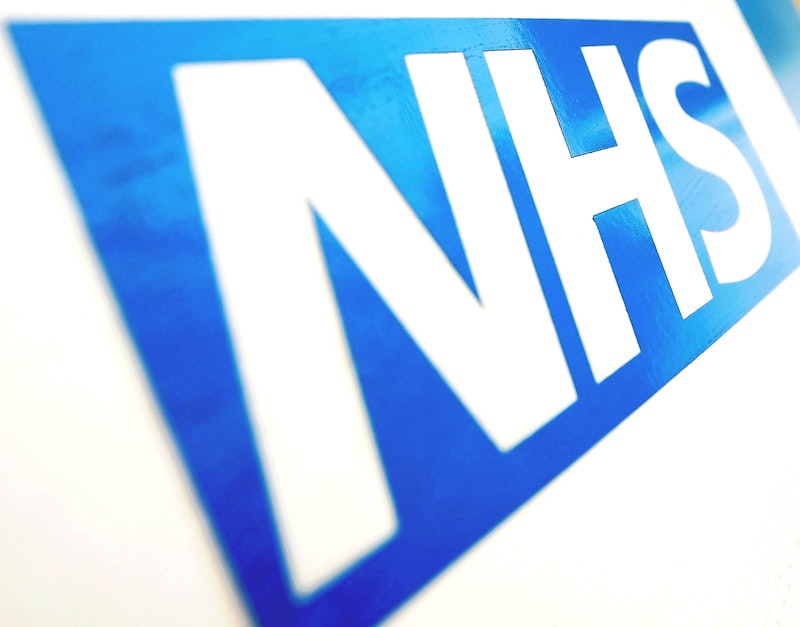 NHS providers also managed to reduce their deficits by £395 million in 2018/19 compared with the previous year, to £571 million, NHS Improvement said.

However, Nuffield Trust senior policy analyst Sally Gainsbury said the “financial black hole in hospitals and other health services is getting deeper” with an estimated underlying deficit of around £5 billion, up from around £4.3 billion last year.