The conditions were the leading cause of death in England and Wales last year, new figures show. 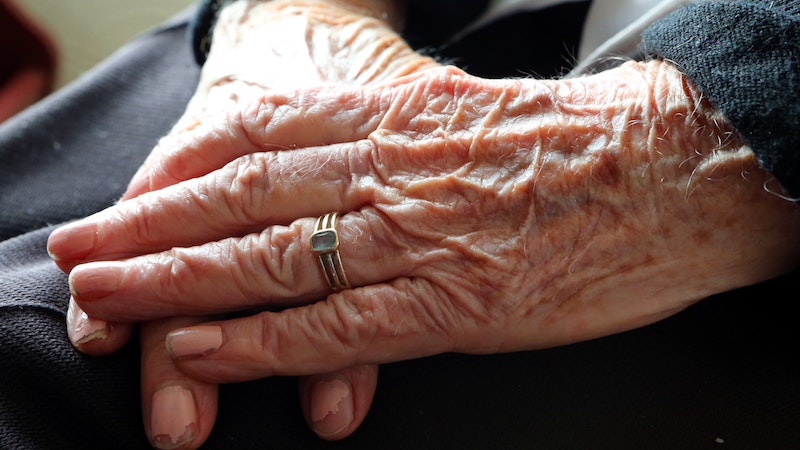 Brain disease accounts for over 10% of deaths

Dementia and Alzheimer's disease accounted for more than a tenth of the registered deaths in England and Wales in 2018, new figures show.

Last year saw the highest number of deaths for 10 years, with 541,589 deaths registered in England and Wales, the Office for National Statistics (ONS) said.

But the organisation said mortality rates have remained generally stable since 2011, when taking into account the size and age of the general population. 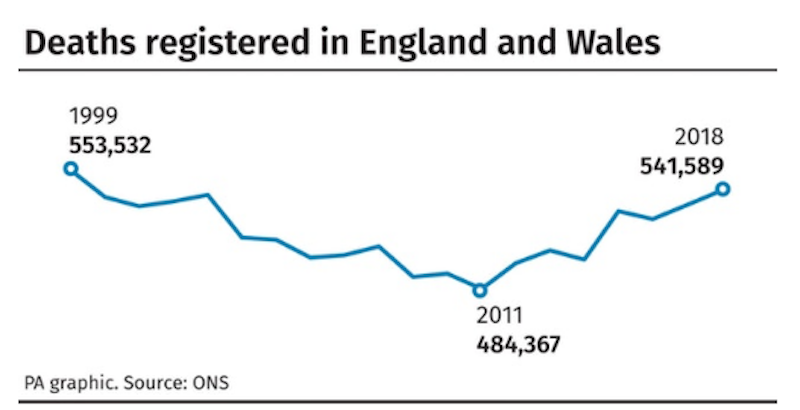 Deaths from dementia and Alzheimer's disease continued to increase, accounting for 12.8% of all registered deaths.

They were the leading cause of death for women, while for men it was ischaemic heart disease.

Dame Barbara Windsor, who was diagnosed with Alzheimer's disease in 2014, has written an open letter to Prime Minister Boris Johnson urging him to solve the dementia care crisis. 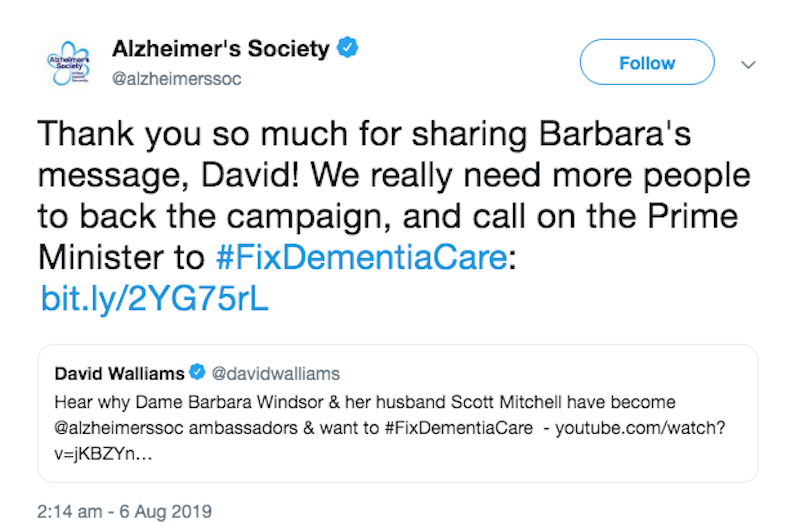 Ben Humberstone, ONS head of health analysis and life events, said: "Although 2018 saw the highest number of deaths since 1999, when taking the age and size of the population into account, death rates have remained more or less stable since 2011.

"Mortality rates fell slightly for males but rose slightly for females in 2018. This is likely to close the gap in life expectancy between the two.

"We're continuing to see the levelling off of mortality improvements and will understand more as we analyse this data further." 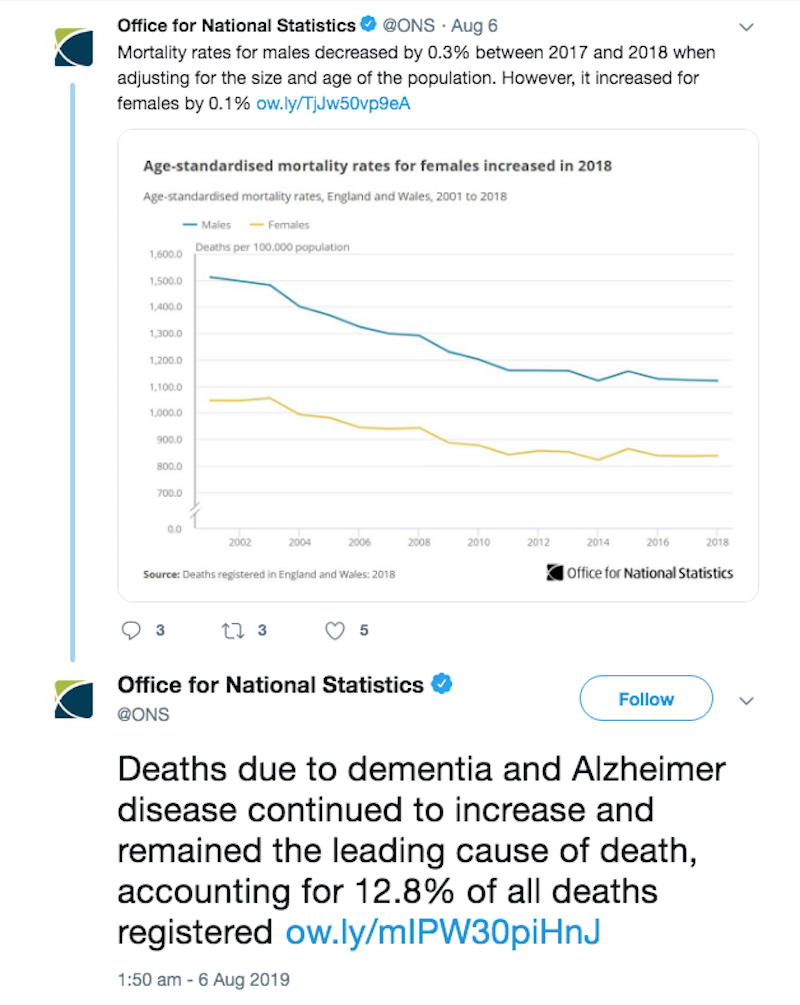 The rise in the number of people developing dementia and Alzheimer's disease can be explained by people living longer and surviving other illnesses, the ONS said.

Mortality rates vary around the UK

A better understanding of dementia and improved diagnosis is also likely to have caused increased reporting of dementia on death certificates, it added.

Mortality rates increased slightly for women, by 0.1% from the previous year, while male mortality rates continued to decrease by 0.3%. 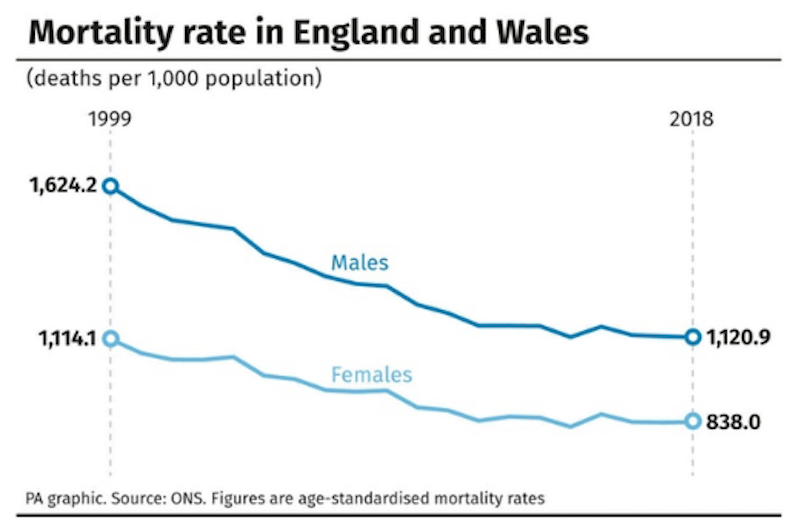 The ONS cautioned that some of these deaths in the release will have occurred in 2017 or possibly earlier, but were not registered until 2018.

The figures also show that the number of stillbirths fell to its lowest level on record. 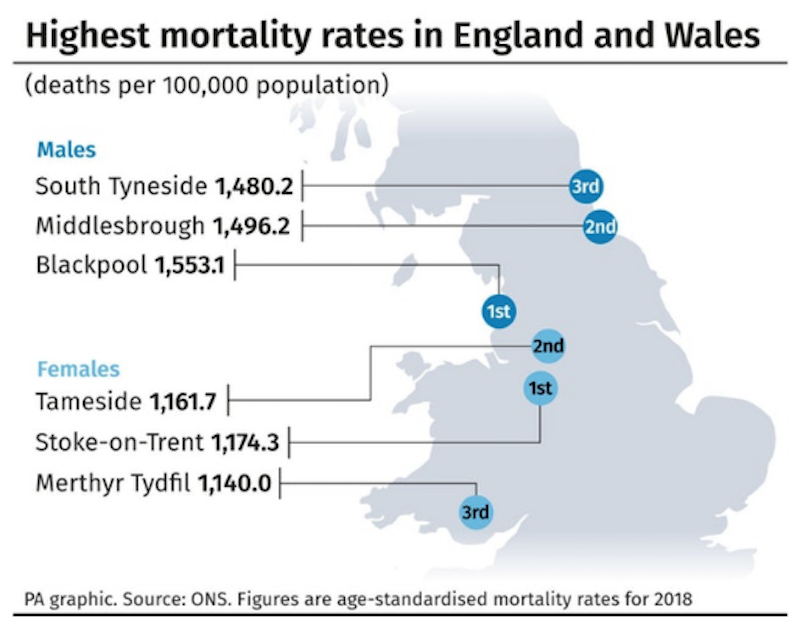 The ONS said an increasing number of "extremely pre-term births" was contributing to the neonatal and infant mortality rates.

The Government has said it wants to halve stillbirth and neonatal mortality rates in England between 2010 and 2025. 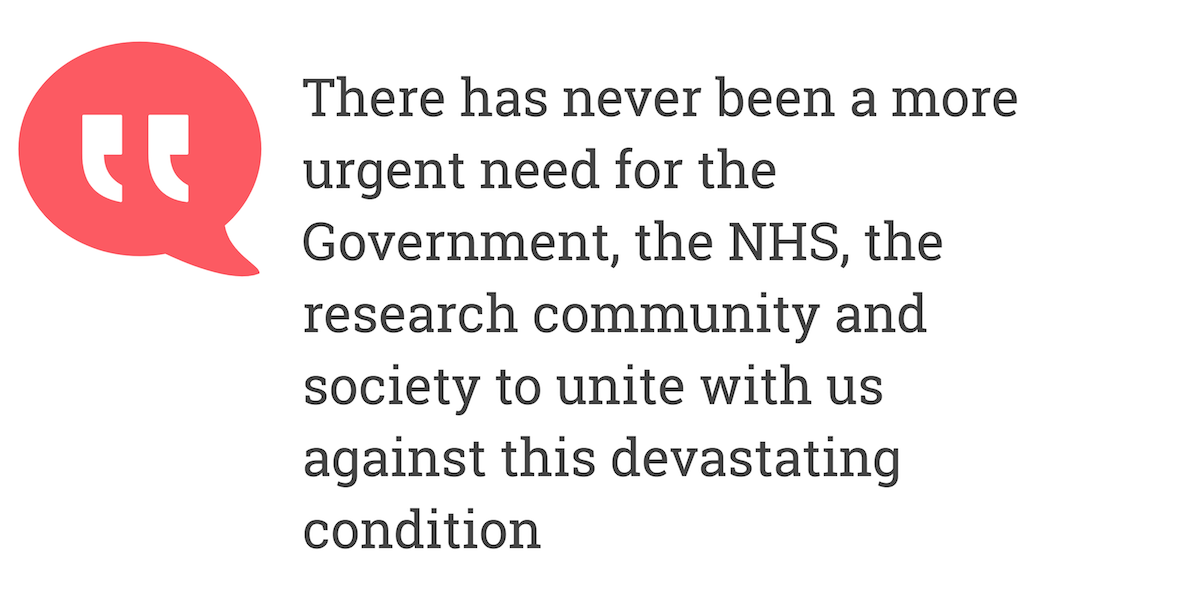 "One person develops dementia in the UK every three minutes and there are still far too many facing a future alone, without adequate support.

"There has never been a more urgent need for the Government, the NHS, the research community and society to unite with us against this devastating condition.

"We are working hard to make sure everyone can live well with dementia today and find a cure for the future, but we need the Government to prioritise dementia with a dedicated NHS Dementia Fund and invest in a plan for long-term social care reform."