Medical dramas and why I can’t watch them

There was a time, a whole lifetime ago, when I loved a good medical drama. 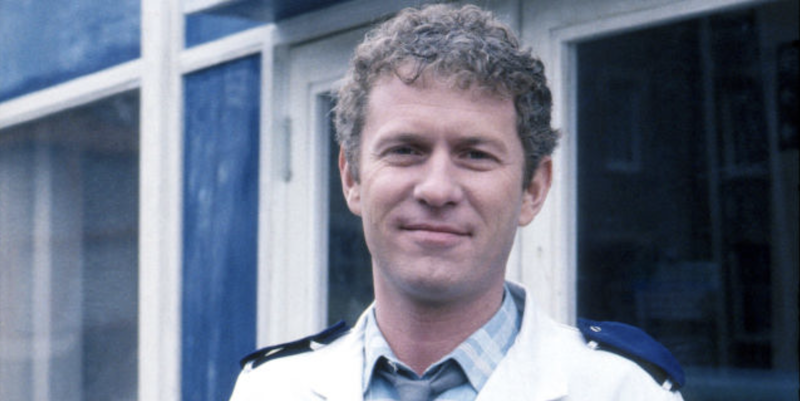 Charlie Fairhead... back then (one for the premillennial nurses amongst us)

I was of the generation who grew up with Charlie and Megan in Casualty on the Beeb of a Saturday night and as a teenager, swooned at the likes of George Clooney and Noah Wyle in ER.

When a new series of ER was due to be released, the excitement level in our sixth form from the hormonal teenagers would be borderline fever pitch – these were the days when everyone watched Friends and the ‘Rachel’ haircut was positively aspirational.

But somewhere in the mists of time, following nursing studies and years of clinical practice, the watching of a medical drama outside of work is no longer something I want to do. It’s not because of the reminder of work but because the drama rarely matches up with reality.

The inaccuracies at times can be enough to have even the sanest of nurses and medics shrieking at the TV; ‘It would NEVER happen….!’ Our non-clinical nearest and dearest find these outbursts highly amusing.

My partner would laugh as I began listing the parts that are factually inaccurate, professionally inappropriate or just plain fantasy.

This happened again recently. I found myself in need of something to watch having completed another box set on my days off between baby wrangling and housework.

Lesson learned: don’t watch TV medical dramas! Forbes magazine recently published an article after a team of researchers in Phoenix, Arizona compared the real-life outcomes of trauma victims versus those of the patients portrayed in Greys Anatomy.

The researchers discovered that “representation of trauma patients on television dramas differs from reality, particularly with respect to recovery after injury” and that “patient’s expectations after injury may be distorted by this unrealistic depiction of injury on television.”

In reality those patients who are unfortunate enough to end up in accidents or incidents that result in significant harm only have the TV dramas to compare their experience with. The same is true for the survival rates of resuscitation versus the TV drama portrayal.

A study in 1996 from the US demonstrated that TV survival rates from traumatic cardiac arrest were significantly higher than those experienced in real life.

Since then, we have seen the evolution of the ‘reality TV’ documentary genre, which attempts to show much more accurate examples of what happens inside of the emergency room. However, for the sake of TV viewers, the producers will have chosen the best stories and the ones with the most appealing outcomes; sanitising to some extent the reality of the messy business that is hospital life.

Although I find watching these real-life examples more bearable, it feels somewhat like a busman’s holiday and therefore, not an enjoyable ‘switch your brain’ off viewing experience.

Non-clinical friends tell you that you shouldn’t be watching it for the medical stuff; you should watch it for the story. It’s not that we don’t want to watch it for the story, but the inaccuracies can be enough to cause medical-drama-induced hypertension in the most mild mannered of us! One day, maybe there will be a series that strikes the balance between drama and accuracy but until then, I’ll steer clear!