Manifesto promises on the NHS are not “physically possible” because of a lack of people in training to fulfil them, a top doctor has warned. 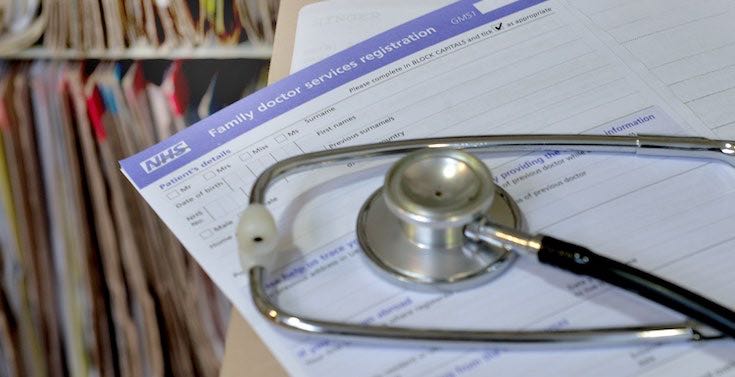 Currently, the NHS pays around £1.5 billion to train around 7,250 doctors a year. Manifesto promises on the NHS are not “physically possible” because of a lack of people in training to fulfil them, a top doctor has warned.

Professor Andrew Goddard, president of the Royal College of Physicians, also said patients in hospital should get used to seeing their doctors less as the health service reaches “crunch point”.

Prof Goddard told The Independent that he was frustrated “by the proposed policies and promises” by Labour and the Tories, and their “relationship to reality and what actually is deliverable”.

In the interview, he said both main parties had used the NHS as a football and added: “It’s really hard. In my life I have voted for all three main political parties.

“I currently have internal conflicts on which way I will vote, there is no easy choice.

“None of the parties has thought about the long-term problems facing us.

“The promises that have been made in the manifestos are not physically possible because we don’t have enough people training to fulfil those promises.

“We need to think about where we want to be in 15 years’ time and plan for it now.”

But the Tories’ plan to have 6,000 more GPs by 2024 was not feasible without “flooding” the trainee system with overseas doctors, he added.

Currently, the NHS pays around £1.5 billion to train around 7,250 doctors a year, but Prof Goddard said this needed to double to about 15,000 a year, at a cost in excess of £3 billion.

Prof Goddard said the increase was needed because more doctors were working part-time, while the number of patients being admitted to hospital was rising every year and a quarter of trainees leave before qualifying as a consultant.

He said: “This means we are reaching a crunch point.

“As a patient sitting on a ward, you will see doctors less often than you did 10 years ago.

“They will be looking after more patients and being expected to turn them around in hospital much more quickly, but we are at a stage where we can’t do that anymore.”

When asked why he was intervening during the election, Prof Goddard said: “We are a royal college and very aware of our charitable status, however, our members and fellows look to us to provide leadership when it comes to talking about the NHS.

“I would be failing as the leader of the college if we didn’t represent our viewpoint.”