Weight gain or loss among elderly people is linked to the onset of dementia, a study suggests. 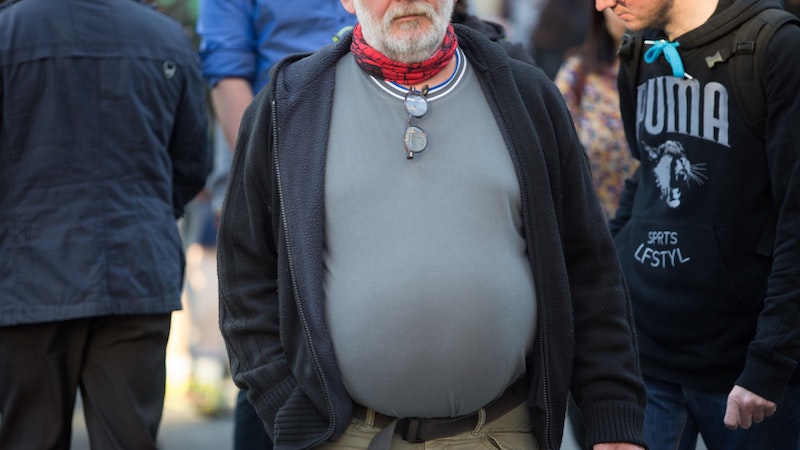 Older people who experience significant weight gain or loss may be at an increased risk of developing dementia, new research suggests.

A study, published in journal BMJ Open, found a link between late-life changes to Body Mass Index (BMI) and the onset of the neurological condition.

The researchers, from South Korea, said the findings suggest the importance of maintaining a healthy lifestyle in old age. Data from more than 67,000 people, aged between 60 and 79 years old, was analysed as part of the study.

"Both weight gain and weight loss may be significant risk factors associated with dementia."

Men and women who experienced rapid weight change – defined as a 10% increase or decrease in BMI over a two-year period – had around a 20% higher risk of dementia compared to those whose weight remained stable, the researchers said.

BMI at the start of the study was not linked with dementia incidence in either sex, apart from among men with low body weight.

The researchers suggest that weight gain, and associated increase in fat mass, may affect dementia development.

They add that weight loss could be an early symptom of the condition.

“Both weight gain and weight loss may be significant risk factors associated with dementia,” the researchers said.

“This study revealed that severe weight gain, uncontrolled diabetes, smoking and less physical activity in late-life had a detrimental effect on dementia development.

“Our results suggest that continuous weight control, disease management and the maintenance of a healthy lifestyle are beneficial in the prevention of dementia, even in later life.”

Dr James Pickett, head of research at the Alzheimer’s Society, said: “Two million people are set to develop dementia by 2051, so understanding how lifestyle factors can contribute to dementia risk is crucial if we’re to find a way to prevent people developing the condition.

“Although this research suggests rapid changes to our weight later in life could increase dementia risk, it’s difficult to distinguish between cause and effect.

“People with early dementia can often report changes in appetite and diet. “Understanding how changes to our lifestyle throughout our lives may affect our risk of dementia is vital, which is why we’re funding the UK’s largest study focused on mid-life dementia risk factors.”