Only a third of women in their 60s say yes to all the NHS cancer screening programmes, according to new research. 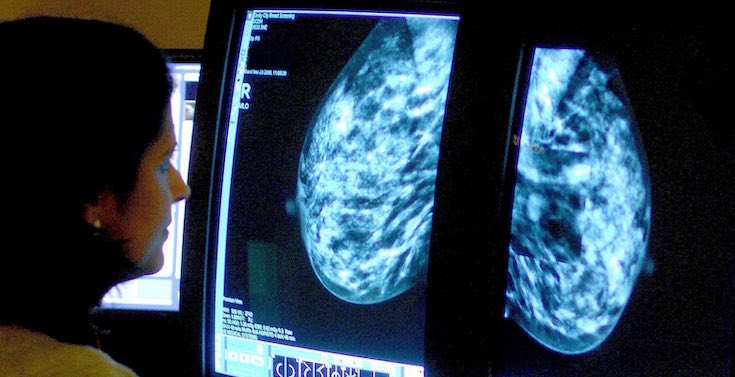 Only one in three women attend NHS cancer screening in their 60s, research suggests

While women may take up one or two offers of screening for breast, cervical or bowel cancer, just 35% say yes to all three.

Breast screening is offered to women aged 50 to 70 across the UK, with a trial in England currently extending screening to those aged 47 to 73.

For cervical screening, women aged 25 to 64 are invited for a test, while bowel screening is offered to men and women aged 60 to 74.

In England, another type of bowel screening called bowel scope is also starting to be offered to people at age 55.

Put off by the types of tests

The researchers said some women are put off by the types of test available, while GP surgeries with a higher proportion of unemployed patients and a smokers had a lower rate of take-up of all three screening programmes.

The team, from King’s College London and Queen Mary University of London, writing in the Journal of Medical Screening, said it was “disconcerting that only about one in three women were up-to-date with all their recommended cancer screens”.

Lead author, Dr Matejka Rebolj, from King’s College London, added: “To lower the chances of dying from certain cancers, it is important for the population to attend all offered screening programmes.

“We know from the official statistics that the majority of women are up to date with breast screening, but this drops to just over 50% when it comes to bowel screening.

“It is worrying that only a third of women are up to date with all offered cancer screenings and that 10% remained completely unscreened in the last round.

“Indeed, similar patterns have been reported from other countries too.

“It is crucial for us to look at the take-up rates in certain areas and in certain practices and address women’s preferences for future screening programmes.

“We need to understand and target specifically those women who obtain some screening, but decide not to take up all the life-saving screening that is offered to them by the NHS.

“It is important that policymakers now look at these findings to inform what can be done in the future to reduce the significant number of deaths in the over 60-year-olds.”

Senior author Professor Stephen Duffy, from Queen Mary University of London, added: “These results demonstrate the inequalities in cancer screening participation, with the lowest levels of participation in the areas of highest deprivation.

“Since most women had at least one form of screening, we know that there isn’t an objection to screening as a whole.

“However, individuals find some screening procedures less acceptable than others, so the key to improving participation is making the screening experience better.”

Dr Lisa Wilde, director of research and external affairs at Bowel Cancer UK, said: “It is disappointing that uptake for bowel cancer screening still remains low in England, with around half of all people ignoring the test when they receive it in the post for free.

“Taking part in screening is the best way to diagnose the disease early as it can detect the cancer at an early stage when it is easier to treat.

“The introduction of the new screening test, Faecal Immunochemical Test, to the screening programme is a game changer for bowel cancer.

“It’s been proven to increase uptake in more deprived areas and in those who have never taken the test before because it is easier to use.

“Quite simply, taking part in bowel cancer screening could save your life and we would encourage anyone to complete the test when they receive it.”