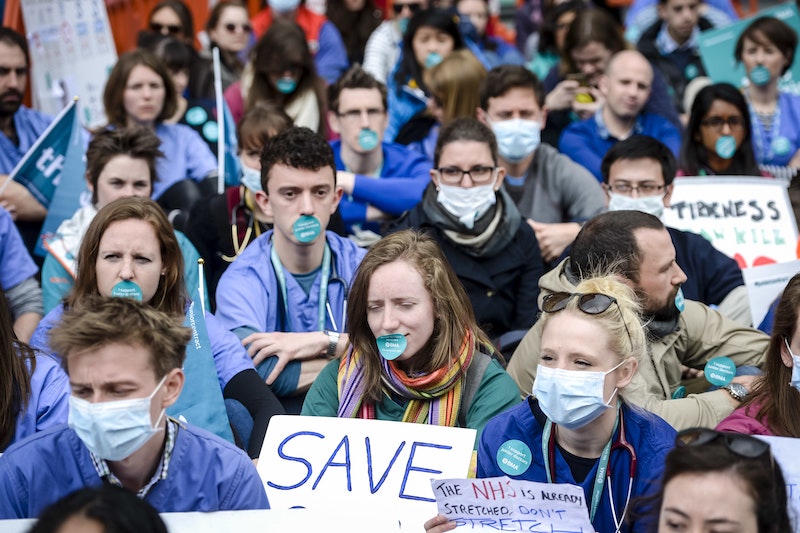 Junior doctors have voted in favour of new contract improvements which brings to an end their long-running dispute with the Government.

The British Medical Association (BMA) announced on Wednesday that its junior doctor members had voted in favour of improvements to the 2016 contract including higher pay for working weekends and late shifts and an average 2% pay rise each year for four years.

Of the 11,588 members who voted, 82% were in favour of the changes which come following negotiations between the BMA and Department of Health and Social Care (DHSC).

The BMA said the changes were seeking to resolve “inadequacies” in the 2016 contract which was imposed by Tory leadership contender Jeremy Hunt when he was health secretary.

The package of contract changes will cost £90 million over the next four years – with the cash coming from the long-term plan settlement, the DHSC said.

Changes include increased pay rates for weekends and shifts ending after midnight, an extra £1,000 a year for all less than full-time trainees, and a guaranteed annual pay uplift in line with predicted inflation of 2% each year for the next four years.

It also includes improvements in rest and safety entitlements, with no more pay-to-stay when too tired to drive.

The BMA said that once ratified at the junior doctors committee meeting on July 2, it will end the long-running dispute between employers and Government and the resumption of collective bargaining. 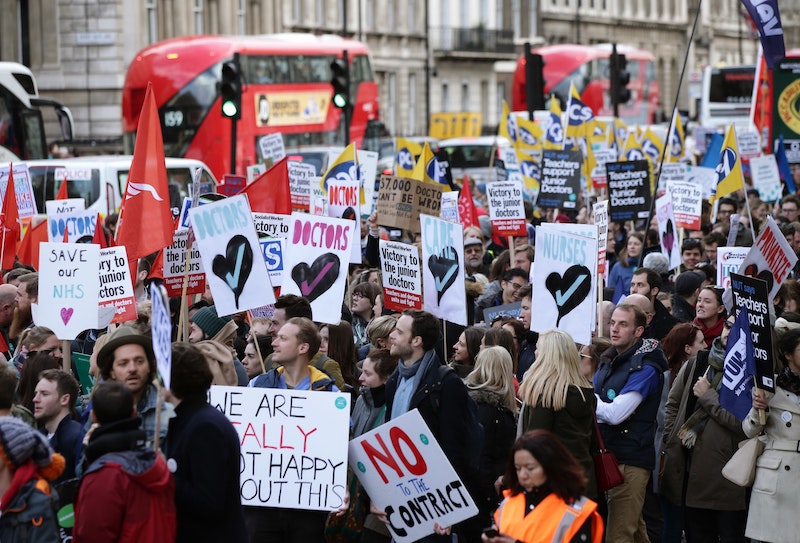 Junior doctors rally along Whitehall, London, during their strike protest

The chair of the BMA junior doctors committee Dr Jeeves Wijesuriya said: “This vote indicates that junior doctors recognise not only the major victories the BMA has secured.

"For example, enhanced shared parental leave for trainees and extra funding for rest and fatigue facilities around the country; but that through a new collaborative, constructive negotiation process that has learned from the mistakes of the past, we have made major strides towards a better future for all junior doctors.

“There is of course a great deal more that needs to be done to improve the wellbeing and working lives of junior doctors, and the junior doctors committee will remain at the forefront of campaigns for a better funded, well-staffed and publicly run health service.”

Health Secretary Matt Hancock added: “I am delighted that we have successfully brought to an end the junior doctors dispute with this landmark agreement.

“Junior doctors overwhelmingly backed our multi-year deal which recognises their dedication to patients and our nation’s health.

“Improved working conditions and an 8.2% four year pay rise will give junior doctors and current medical students the support they fully deserve.”

The referendum was open to all junior doctor BMA members in England and medical student members who are in their final or penultimate year of medical school, as well as junior doctor members in the devolved nations who will be working in England from August of this year.