Johnson’s NHS cash injection ‘a drop in the ocean’ 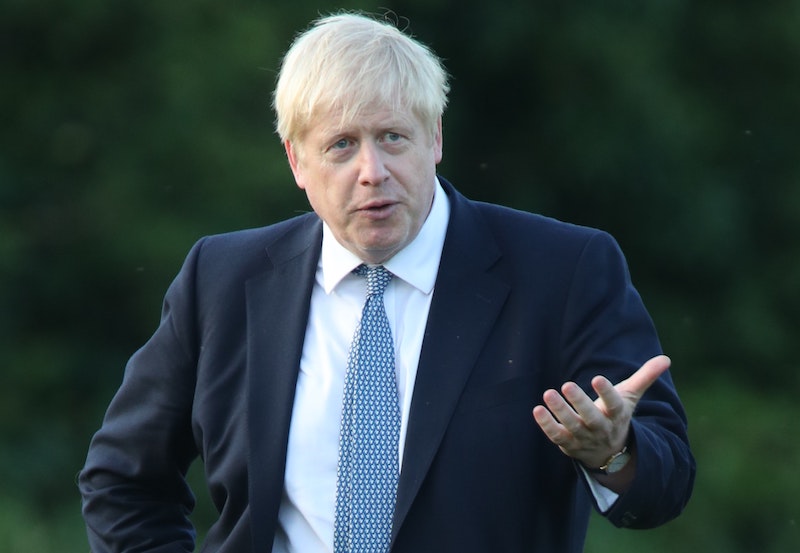 One health think tank said the sum ‘will only be a fraction’ of what is needed.

The Prime Minister announced on Sunday that much of the one-off payment would go to repairing 20 hospitals as he pledged on his first day in office.

But experts said the sum, while desperately needed, was just a fraction of what is required to fix ailing NHS buildings across the country.

And politicians warned that his no-deal Brexit stance would jeopardise his spending ability, with Labour saying such a departure will “put lives at risk”.

Mr Johnson said he is “determined to deliver” the promises of the Brexit referendum campaign, as he announced the sum equivalent to roughly £3.5 million a week to be paid this year.

He has received continued criticism for the battle bus claim that leaving the European Union would allow the UK to take back control of £350 million a week, with some boosting the NHS.

Drop in the ocean

Of the latest pledge, £850 million will go towards funding the vital upgrades to the 20 hospitals. 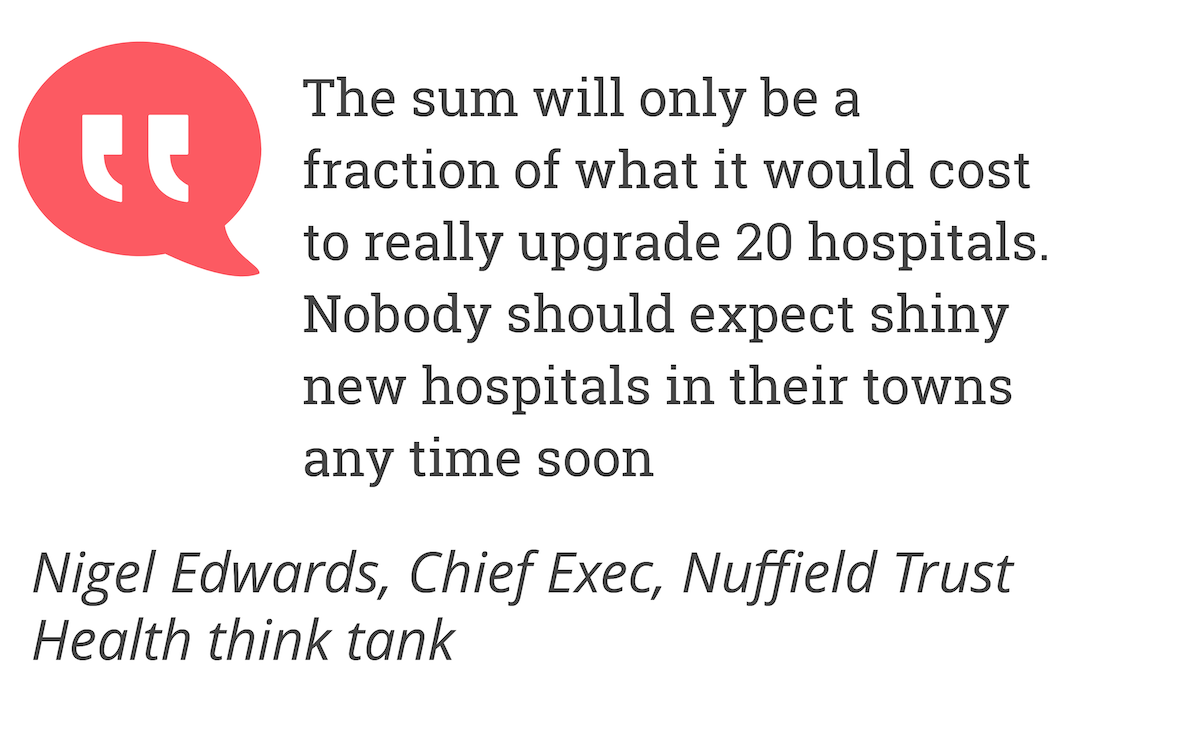 But Ben Gershlick, from the Health Foundation charity, said that “years of under-investment in the NHS’s infrastructure means this extra money risks being little more than a drop in the ocean”.

He warned that NHS facilities are “in major disrepair” in England, with a maintenance backlog of more than £6 billion, a figure also cited by other experts.

The chief executive at the Nuffield Trust health think tank, Nigel Edwards, said the sum “will only be a fraction of what it would cost to really upgrade 20 hospitals.

“Nobody should expect shiny new hospitals in their towns any time soon,” he added.

In an article in The Sunday Times, Mr Johnson acknowledged his ability to spend the cash was based on the economy’s strength.

Critics pointed out that the dire warnings over the effect on finances that a no-deal Brexit would bring could jeopardise the NHS.

No deal - 'catastrophic' for health service

Shadow health secretary Jonathan Ashworth said no deal would be “a catastrophe” for the health service, particularly if it occurs by the October 31 deadline and ahead of the winter squeeze.

“It will put lives at risk. That is the gamble that Boris Johnson is taking this October, November. He’s playing with people’s lives,” the Labour MP said, appearing on Sky’s Sophy Ridge On Sunday. 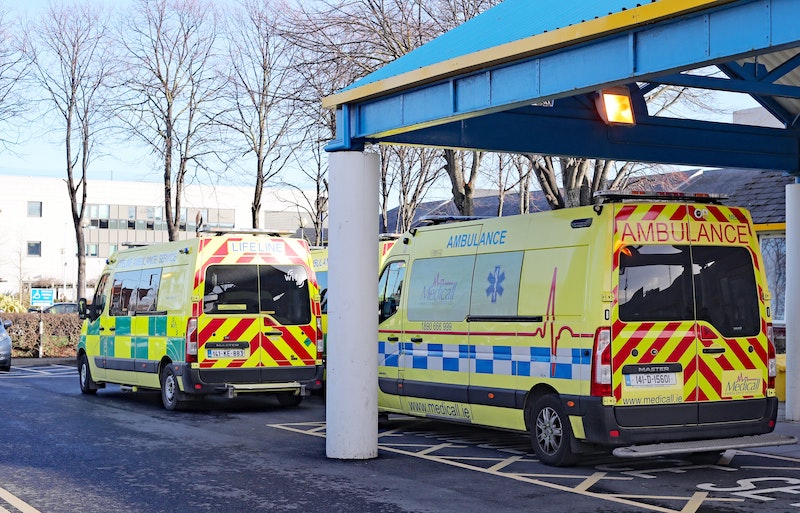 Labour also accused the Tories of performing “smash-and-grab raids” in diverting money away from capital spending – used for equipment and repairs – in order to plug funding holes elsewhere in the NHS.

Mr Johnson has threatened a no-deal departure as part of his “do-or-die” commitment to exit the EU by the Halloween deadline.

This is despite the Government’s spending watchdog, the Office for Budget Responsibility, warning no deal would increase borrowing by £30 billion a year and plunge the nation into recession.

Liberal Democrat health spokeswoman Baroness Jolly said Mr Johnson’s pledge “will not be worth the paper it’s written on” when a no deal hits. 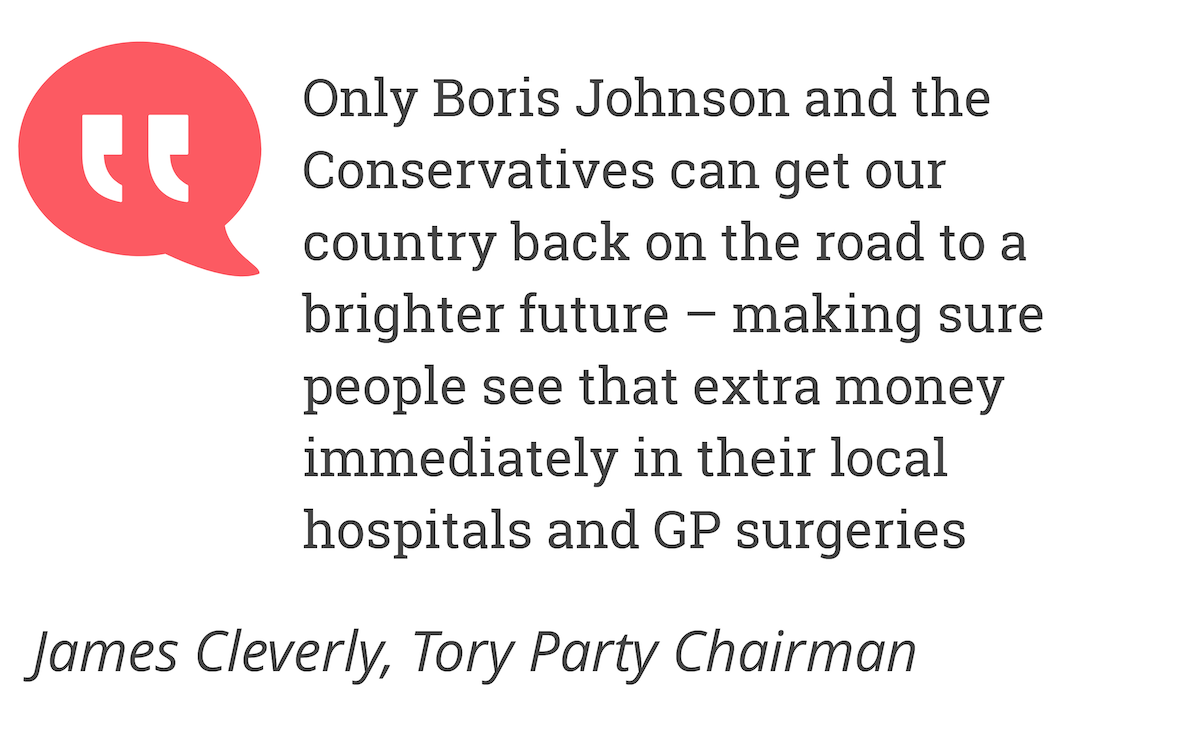 His pledge will add to Theresa May’s £33.9 billion annual increase for the health service by 2023/24.

On Sunday, Tory party chairman James Cleverly defended the spending. “Only Boris Johnson and the Conservatives can get our country back on the road to a brighter future – making sure people see that extra money immediately in their local hospitals and GP surgeries,” he said.