The PM held a lunch at Downing Street for NHS workers, many whose hospitals benefited from an additional £1.8 billion already pledged. 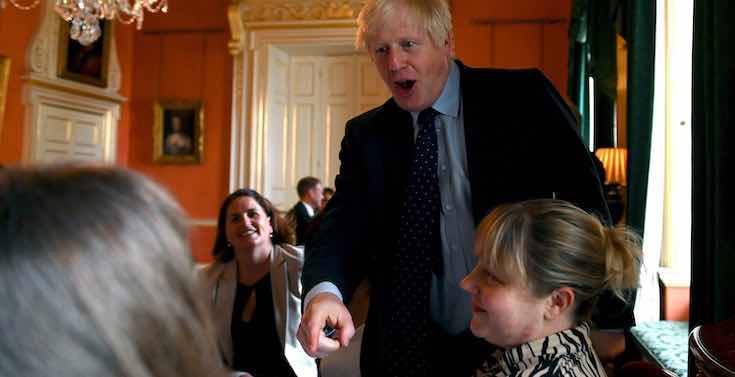 "It went down really well with staff and really lifted morale"

He was treating employees, who he had previously met while out on hospital visits since taking over from Theresa May in July, to a lunch reception in the Terracotta Room in 10 Downing Street.

The Conservative Party leader had already announced £1.8 billion last month to improve patient care, with £800 million of that going to the 20 hospitals in most urgent need. 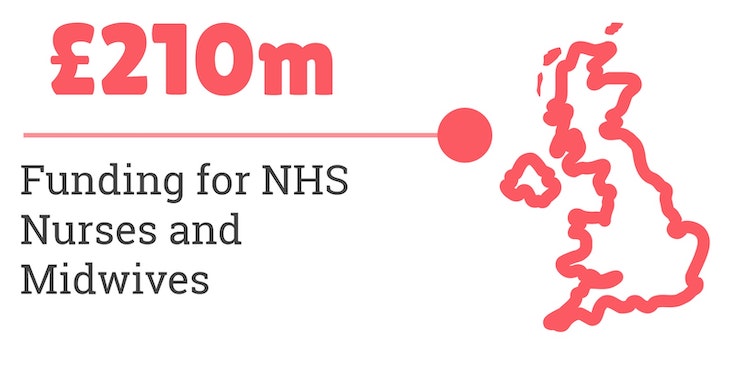 And on Tuesday, the Government revealed a further £210 million of funding to help offer training opportunities to frontline NHS staff in a bid to improve standards and retain nurses, midwives and allied health professionals – a preview to Chancellor Sajid Javid’s one-year spending review on Wednesday. 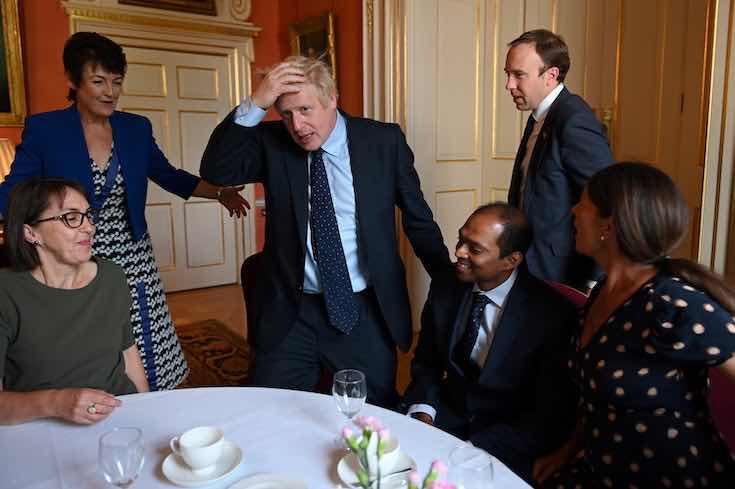 Lunch reception in the Terracotta Room in 10 Downing Street

Mr Johnson enjoyed a positive reception among the NHS employees – a contrast to the heckling EU flag-waving anti-Brexit protesters waiting for him outside Downing Street’s gates – as he discussed how the extra funding given to them would improve facilities.

With girlfriend Carrie Symonds and new Jack Russell Dilyn in tow, the PM made small talk with guests, even joking with one chief executive: “You got a lot of money out of us!”

The trust was given £21.3 million for the A&E department in Boston – the highest Brexit voting town in Britain – and while Mr Johnson was being toured around the premises, Mr Morgan said the Number 10 incumbent offered more funding on the spot.

“While he was walking round the site, he promised us more money for a radiology machine that was broken,” said Mr Morgan.

“It was unprompted and unscripted, but we will be holding him to it. It went down really well with staff and really lifted morale.”

Sajid Javid to award £1000 to Nurses as 'development budget'

In his one-year spending review on Wednesday, Chancellor Sajid Javid is set to announce the additional money for training nurses, midwives and allied health professionals.

The money, which is for the 2020/21 financial year, includes a £1,000 personal development budget to support their personal learning over a three-year period.

The Treasury said the funding will help those staff to develop “rewarding, lifelong careers” in the health service.

In addition to the personal development budgets provided by central government next year, employers will also be expected to provide additional funding locally to invest in their staff.