How are pressures on the NHS affecting nursing recruitment?

I was just asked by a journalist to talk about the pressures facing nursing staff recruitment. I looked into our job activity data from Nurses.co.uk. Here's what I found out. 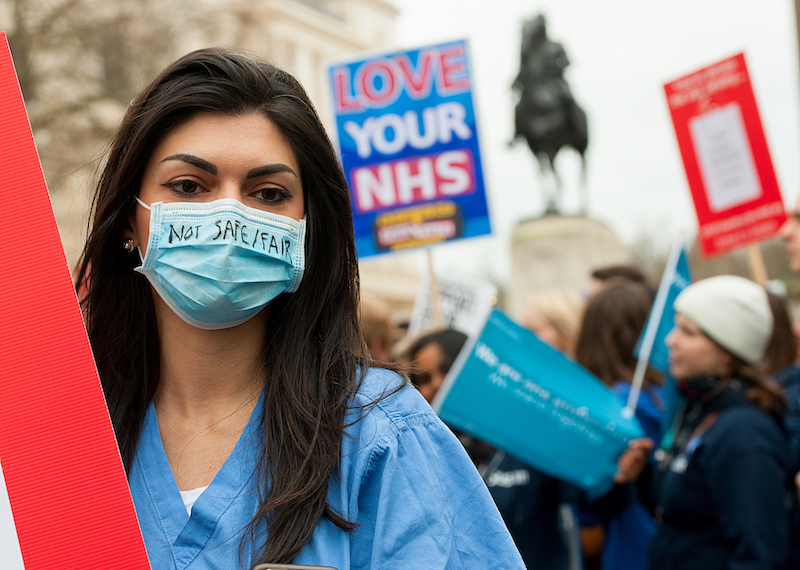 In January we saw so much job advertising activity.

At one point on Nurses.co.uk we had almost 8,000 jobs for nurses.

So, yes, the jobs are mounting higher.

Given the difficulty in finding nurses who are actively looking for new jobs right now, that didn't actually surprise me.

What did surprise me this January was the huge increase in nursing traffic to our site that showed a sudden surge in nurses deciding to hunt for jobs.

Look at this spike in our overall traffic as soon as January starts!

Overall traffic in Jan 2018 - not sudden increase in activity

Traffic from Google searches alone was double what it was for us last Spring.

And, no, that wouldn't be down to the Maccabees Google Update!

This Google Organic traffic graph shows it wasn't just us paying more for traffic either!

Google organic only traffic - proving the spike wasn't paid for

Reasons for the increase in traffic

So, what caused this multi-channel increase in traffic?

Perhaps it was a post-Christmas blip.

Or, perhaps more astutely, we might consider that nurses are beginning to look around more than they were in 2017.

All is not well within the NHS

It's worth pointing out that we have private nursing jobs on our site too.

So perhaps it could suggest a move away from the NHS to the private sector?

And, yes, within the NHS the general feeling among the nurses we speak with, and on our Facebook page, is that things are extremely tough.

The mood is one of anger and frustration.

They consider it a "special and worthwhile" vocation.

The consensus from nurses, though, is that they are being failed by those who should be supporting them.

There's a huge amount of public support for nurses.

But they do not feel supported by the Government.

This is not good news for NHS staff retention.

There's also the issue of training.

Nurses have to pass a degree before they can qualify.

20 years ago a nurse's skills were measured in more human ways.

There's an argument that suggests that degrees restrict nursing training and qualification to those with better academic skills.

Having to take a 3 year degree may deter some people from embarking on a nursing career in the first place.

Nurses need some of this to pay for their studies

And that's not to mention the cost of training being seen as an unwelcome burden once someone does feel that the nursing profession is for them.

A Nursing Times report last year had it that the bursary cut had caused a 23% drop in nursing degree applicants.

Not everyone, it seems, can afford to become a nurse...

Also, it's become tougher to recruit from outside the EEA over the past few years.

Specifically, I chatted with HCL Workforce about their IELTS report.

They're doing some great work in this area.

They explained that the Government's stricter language tests for overseas nurses was making life even harder for NHS nursing recruiters.

While a nurse may have the required skills and qualifications to match our own, they are being given more stringent English language tests and that's proving a greater barrier to entry for non-EEA applicants than ever before.

Pay, too, of course, may make nurses reluctant to stay in the NHS if moving to the private or care home sector (or outside the profession altogether - ouch!) can pay more.

Could it get even worse?

Some nurses are terribly concerned that it could, yes.

I was discussing this with a sister two weeks ago at a NHS Trust hospital in Devon.

She's in her mid 50s and has been a nurse all her life.

She believes that when she and her peers start to retire, if the recruiting and retention situation hasn't stabilised, NHS nursing staff levels could be hit by a perfect storm.