Hospital admissions for sepsis more than double in three years 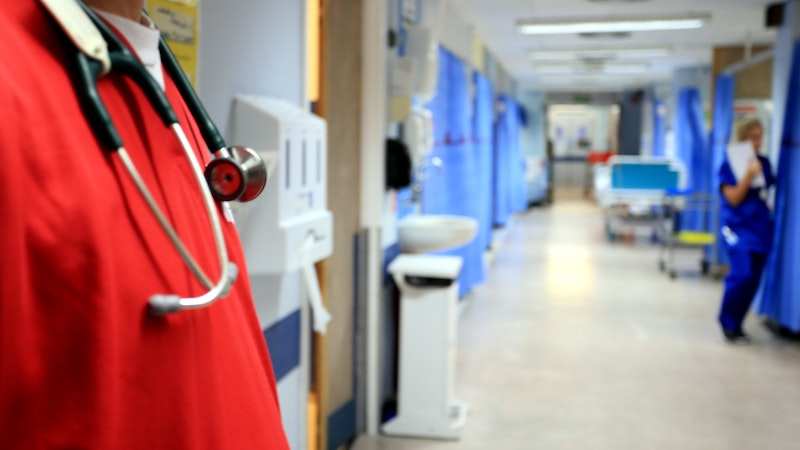 Data obtained by PA shows a rise in recorded admissions among all age groups, including the very young, prompting the head of the UK Sepsis Trust to warn parents they need to be just as vigilant for sepsis as meningitis.

• 'Thousands of children dying' amid delay for sepsis symptoms checklist

The NHS Digital data shows there were 350,344 recorded hospital admissions with a first or second diagnosis of sepsis in 2017/18, up from three years earlier.

"The NHS has become much better at spotting and treating sepsis quickly over the last few years, so even though more cases are being diagnosed, the chances of dying from it are falling" - Celia Ingham Clark, NHS England

Dr Ron Daniels, chief executive of the UK Sepsis Trust, said several factors were behind the figures, including a rise in awareness of sepsis which has led to much better recording of patients with the condition.

But he said increasing antibiotic resistance was also fuelling cases of sepsis and everyone - including parents - should stay on high alert.

350,344 - number of recorded hospital admissions with a first or second diagnosis of sepsis in 2017/18. NHS Digital

Invasive procedures on the very young or very elderly, whose immune systems are compromised, can increase the risk of infection.

He said: "These potentially alarming data show that the number of recorded episodes of sepsis has more than doubled in just three years, a period coinciding with the recent focus on sepsis by the NHS in England.

"It's highly likely that this means that we're now closer to the true number of cases than we were three years ago.

"However, there are other factors at play: The growing and ageing population, the expectation of more invasive healthcare at greater extremes of life and the currently unquantifiable impact of antibiotic resistance.

"A decade or two ago, infections such as urinary tract infections would be controlled by simple antibiotics - not so today.

"If the antibiotic doesn't begin to control the infection, it may become more complicated - ideal breeding grounds for the onset of sepsis.

"A simple urinary tract infection could develop into a complex case in which the kidneys are involved.

"Such complex infections, and any infection remaining under-treated, increase the risk of sepsis developing."

The figures come as the Royal College of Emergency Medicine (RCEM) said a tool for tracking sepsis in children was not used as often as it should be and A&E departments were struggling to ensure youngsters suspected of having the condition were seen quickly enough and then reviewed by a senior doctor.

A total of 17,235 patients under five from 181 emergency departments were included in an RCEM review, which found that while 92% of A&Es had a tool to assess the risk of sepsis in children, it was only used on average 38% of the time.

Lead author of the report, Dr Francesca Cleugh, said existing tools for identifying sepsis in children will lead to too many youngsters with fever falling into the high-risk category, "which has limited their consistent use across emergency departments as it leads to over investigation and over-use of intravenous antibiotics that contributes to antibiotic resistance".

Celia Ingham Clark, medical director for clinical effectiveness at NHS England and NHS Improvement, said: "The NHS has become much better at spotting and treating sepsis quickly over the last few years, so even though more cases are being diagnosed, the chances of dying from it are falling.

"As part of the NHS Long Term Plan our work on sepsis and antimicrobial resistance is coming together to make sure that patients with serious infections get the right antibiotic at the right time, and antibiotics are not used where they won't help, so we can reduce the risk of infections in the future becoming resistant to antibiotics."

Parenst who suspect sepsis - such as if their child looks mottled, bluish or pale, is very lethargic or difficult to wake, feels abnormally cold to touch, is breathing very fast, has a fit or a rash that does not fade - are urged to go to A&E.

Other warning signs in anyone include a high temperature or low temperature, finding it difficult to breathe, grunting, feeling very unwell and showing no interest in usual activities.