HIV diagnoses at lowest level since 2000

Preventative measures are at the heart of success of the UK's HIV programme. 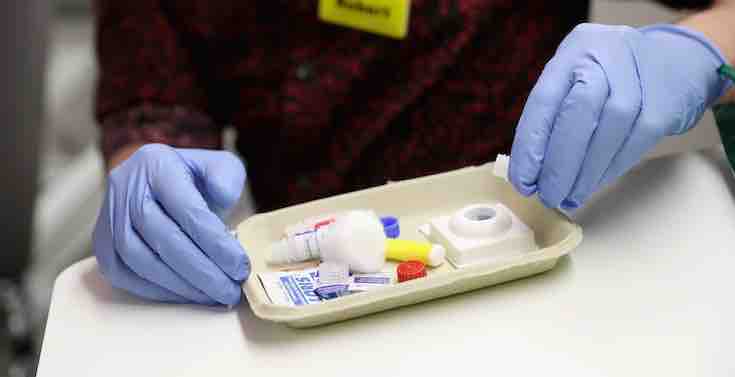 New diagnoses of HIV in the UK have fallen to their lowest level in almost two decades.

But Public Health England (PHE) said challenges around the virus remain, with figures showing that almost half of people newly diagnosed last year were at a late stage of infection, increasing their risk of death.

The continued decline in the virus here is down to the success of preventative measures, the organisation said.

These include HIV testing, condom provision, more use of the pre-exposure prophylaxis (PrEP) drug – taken by HIV-negative people before sex, and drugs that keep the level of HIV in the body low and prevent the virus being passed on, known as anti-retroviral therapy (ART). 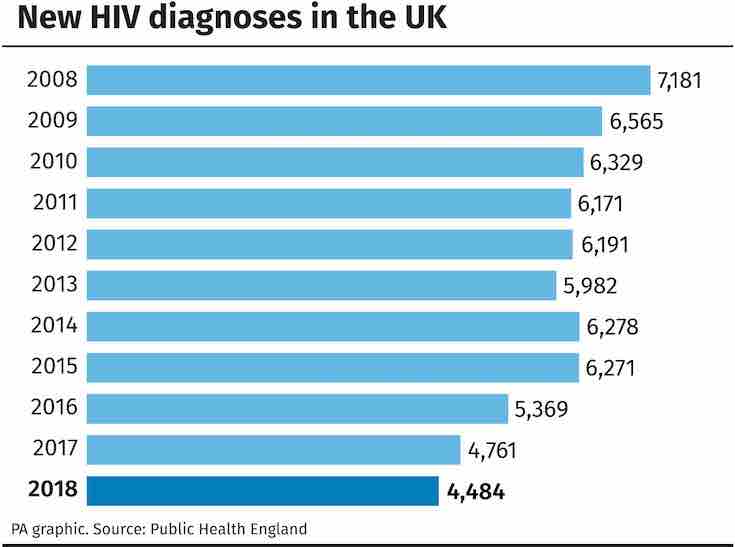 The biggest falls in new diagnoses have been among gay and bisexual men, particularly those who are white, born in the UK, aged between 15 and 24 and living in London, the figures show.

During the same period, between 2015 and 2018, new diagnoses fell by 24% among people who got HIV through heterosexual contact.

Last year, 43% of people were diagnosed at a late stage of infection.

Late diagnoses increases the risk of death within a year up to ten-fold compared to people diagnosed promptly, PHE said.

Dr Valerie Delpech, head of HIV surveillance at PHE, said: “Getting tested for HIV has never been easier, with free tests available through GP surgeries, local hospitals and sexual health clinics, as well as through a self-sampling service or by using a self-testing kit.

An HIV Self Test kit

“Early diagnosis means early effective treatment, which can prevent you passing on HIV.”

Public Health Minister Jo Churchill welcomed the overall drop in new diagnoses, but vowed not to be complacent as the Government works towards a target of having no new HIV transmissions by 2030. 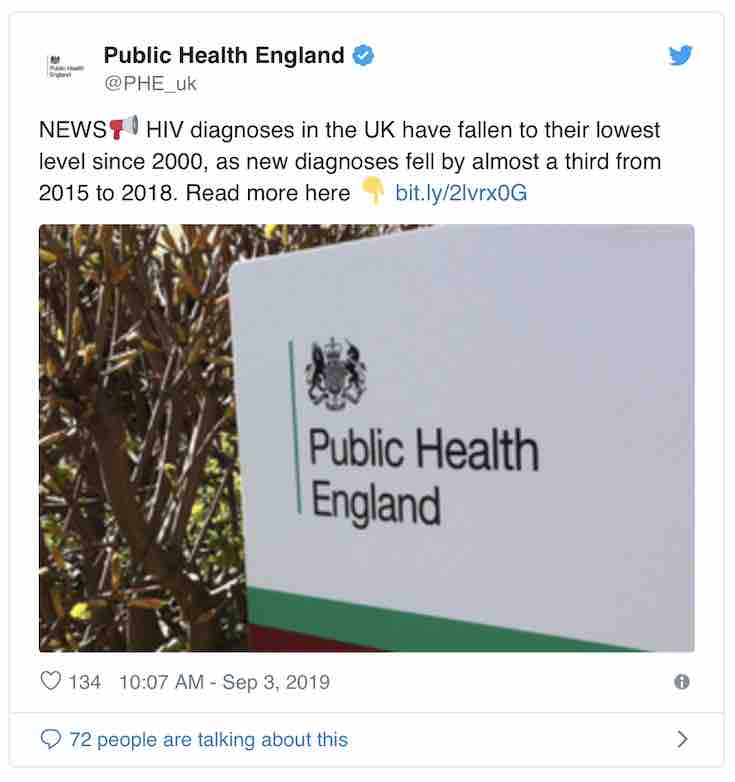 She said: “I am delighted to see new figures released today which show we are well on our way to achieving our ambition of zero HIV transmissions in England by 2030, with HIV diagnoses at their lowest level since 2000.

“This decline in diagnoses is a result of our unwavering commitment to prevention which has led to more people getting tested, and has allowed people with HIV to benefit from effective treatment, stopping the virus from spreading further.

“However, I am not complacent and remain dedicated to ensuring we reach our target of zero new HIV transmissions by 2030.”

The Terrence Higgins Trust has called for wider access to the three-year PrEP trial, which had recruited just over 13,000 participants by June this year and is scheduled to end next year. 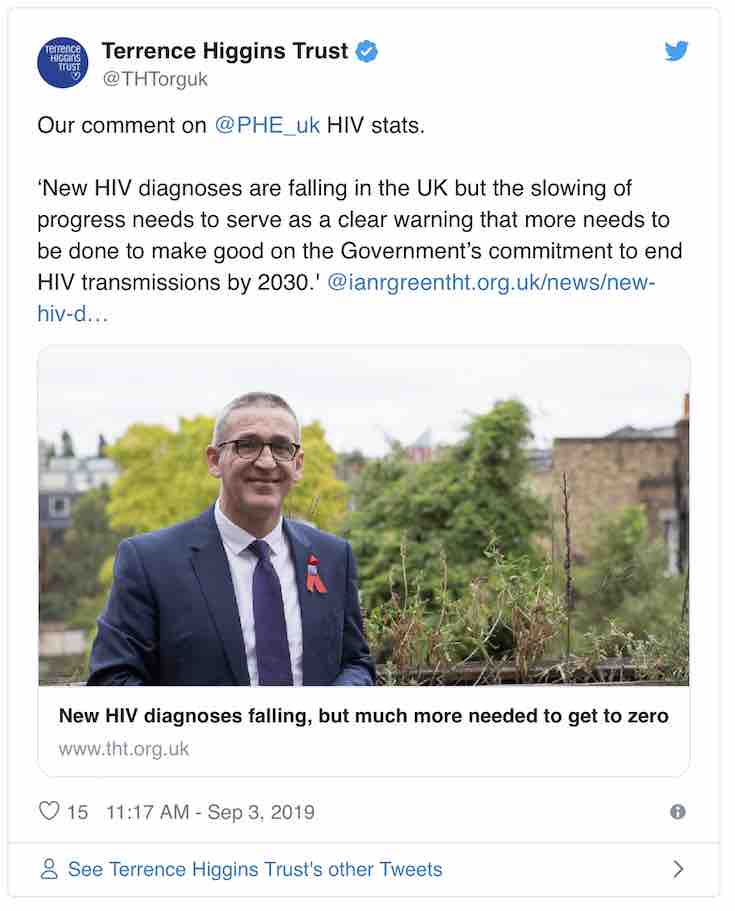 Ian Green, chief executive at the trust, said: “In light of today’s data from Public Health England, we’re urging NHS England, the Department of Health and local councils to immediately begin planning for PrEP to be given a home as part of routine sexual health services.

“Raising awareness of PrEP outside of the gay community will also go a long way in helping us to reach zero transmissions by 2030.”

If taken as prescribed drug is 100% effective

The drug is almost 100% effective at preventing HIV when taken as prescribed. It involves a pill containing a combination of two anti-HIV drugs, emtricitabine and tenofovir, taken daily or around the time of sexual activity.

Dr Michael Brady, national adviser for LGBT health to the NHS, said: “I welcome the continued decline in HIV diagnoses and the NHS is determined to carry on making progress towards eliminating HIV and working with our partners to achieve zero new HIV transmissions by 2030.

“Access to PrEP remains an important part of this and – while the trial has been expanded to up to 26,000 places – the NHS will work with government and councils to make sure PrEP continues to be available when the trial ends.”

• 95% of Nurses say patient health is at risk (Nurses.co.uk survey)