Health Secretary Matt Hancock has said he will not “rule out” bold action to protect children as new figures showed fewer are receiving routine NHS vaccinations. 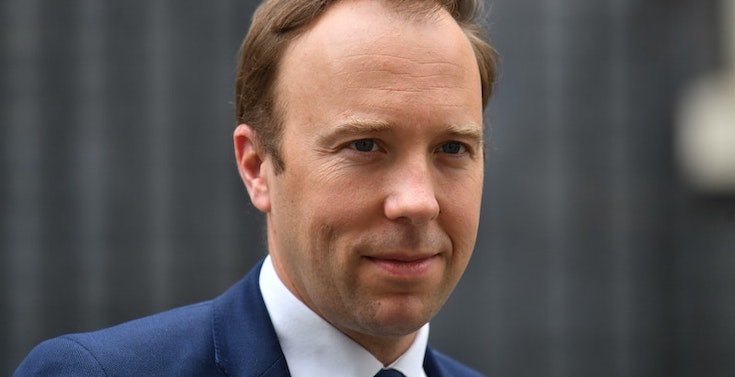 Bold action will be taken if rates do not improve

The Health Secretary, Matt Hancock, who said in April he could not rule out the possibility that unvaccinated children would be sent home from school in future, warned “devastating diseases can, and will, resurface”.

He suggested “bold action” could be taken if vaccination rates fail to improve. The Department of Health and Social Care said a range of options have been suggested, including mandatory vaccination.

Mr Hancock’s comments come as figures showed a continuing decline in the proportion of children receiving 13 NHS childhood jabs, including the combined measles, mumps and rubella (MMR) vaccine and those for meningitis.

Mr Hancock said: “Falling childhood vaccination rates are unacceptable. Everyone has a role to play in halting this decline.

“The loss of our measles-free status is a stark reminder that devastating diseases can, and will, resurface.

“We need to be bold and I will not rule out action so that every child is properly protected.”

The new NHS data shows a drop across England in 2018-19 in vaccination rates compared to the previous year.

The decreases ranged in size from 0.2 to one percentage point depending on the vaccine.

By age five, 95% of children are protected, hitting the target, but a drop on the 95.6% reported the previous year.

Professor Helen Stokes-Lampard, chairwoman of the Royal College of GPs, said: “Even a small drop in the take-up of vaccinations is disheartening and very concerning.

“We are aware of the destructive anti-vaccination messages that are circulating online and via social media, and these are perpetuating toxic myths that are not backed by any evidence or false claims that have been completely debunked.

“Parents need to be aware of the clear, evidence-based findings about the safety and effectiveness of vaccines.

“It is also important for people to understand that the decision to vaccinate their child doesn’t just affect them, but society as a whole, and that it would be incredibly dangerous if we were to lose the protection of herd immunisation against a host of serious, and potentially deadly, diseases.”

Dr Peter English, chairman of the British Medical Association’s public health medicine committee, said: “Childhood immunisation remains the most effective way to prevent a range of life-threatening illnesses and it is therefore extremely concerning to see a decrease in vaccination uptake given this is largely avoidable.

“There is a clear need to curb the damaging spread of false and misleading information on vaccinations by enforcing standards and placing legal obligations on social media corporations.

“More importantly still, the Government must implement an effective vaccination strategy that addresses the wide-ranging factors behind this decline and deliver adequate resources to ensure targeted, comprehensive vaccination programmes that reaches those most in need.”

Professor Stephen Powis, national medical director of NHS England, said: “No-one should be complacent about getting their own or their child’s jabs and so the NHS is taking action, with its partners, to combat the decline and to reverse the dangerous effects of complacency about vaccines.”

She added: “No parent should be in any doubt of the devastating impact of these diseases.

“It’s vital that everyone recognises the value of vaccines and takes up this life-saving offer.”