Five people are suspected to have died after an outbreak of listeria in hospitals. 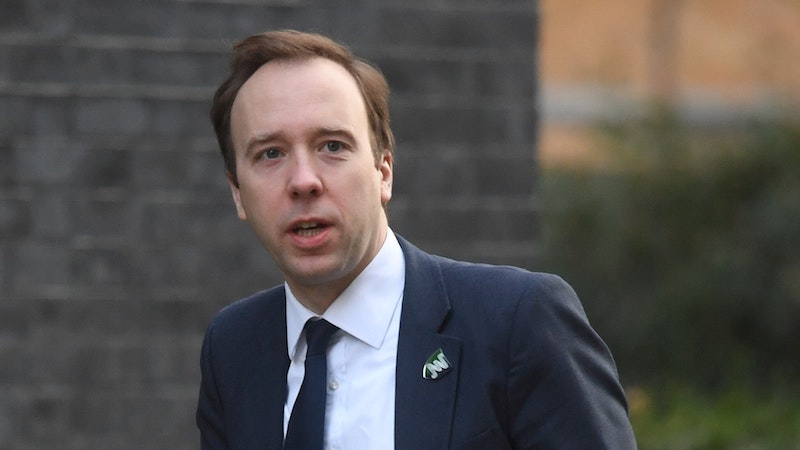 Health Secretary Matt Hancock has promised “severe consequences” if there is evidence of “wrongdoing” following an outbreak of listeria.

Five people are suspected to have died after an outbreak of listeria in hospitals. Speaking in the Commons, Mr Hancock said: “The NHS has identified nine confirmed cases of listeria in seven different hospitals between April 14 and May 28, all linked to contaminated sandwiches from a single supplier.

“All the cases involved inpatients and, very sadly, five people have died.”

"I promise there will be a full and thorough investigation, and severe consequences if there is any evidence of wrongdoing" - Matt Hancock

Mr Hancock expressed condolences to the families who have lost loved ones, and promised a root-and-branch review of food sold and served in hospitals.

He added: “I promise there will be a full and thorough investigation, and severe consequences if there is any evidence of wrongdoing.”

Shadow health secretary Jon Ashworth, who asked an urgent question on the issue, said: “Our thoughts really must be with the families of those who have lost their lives.”

He added: “I have been speaking to hospital catering staff in recent days and they have raised with me concerns about the tight finances, and that years of capital cuts have left kitchens substandard, and this has driven a move to greater outsourcing of catering, with sandwiches and soups steadily replacing hot meals.

“Recent data shows some hospitals spending less than £3 per patient per day.

“Do you agree that this review should be backed up by investment in hospital catering, in facilities, and legally-backed clear minimum quality standards for hospital food?”

Mr Hancock replied: “It is important to have the best quality food in hospitals. I am completely open to upgrading hospital equipment if that is what is necessary and if it provides value for money.

“I have been struck by the number of hospital chief executives that have said that, from the point of view of patient satisfaction, staff morale, and nutrition and the quality of food, bringing those food supplies in house is the best thing they have done.”

Answering Tory Sir Bill Cash’s (Stone) question, Mr Hancock said: “He’s quite right to identify that this is a supply chain issue and that there’s a complex supply chain in operation.”

SNP health and social care spokeswoman Dr Philippa Whitford raised the question of the incubation period and whether surveillance of trusts would continue at the same time as the investigation.

She said: “These sandwiches were sold to 43 trusts and while there have been no cases since the 25th May the incubation of listeriosis is 70 days.”

She added: “Can I ask him to pay particular attention to why on earth people who were seriously ill or frail were being fed sandwiches. Someone who has no appetite and is recovering from illness is simply not going to be tempted by a pack of sandwiches and therefore that really makes the case for bringing food preparation in hospital and producing tempting meals because nutrition is critical to recovery.”

Labour’s Lucy Powell (Manchester Central) raised outsourcing adding: “Surely we’ve got to be a lot firmer here in identifying that this growth in outsourcing food supplies is leading to some real safety issues and potentially to these deaths themselves.”

She said: “While there’s no evidence that cost is behind the tragic cases that we’ve heard of today, would the secretary of state in his root-and-branch review look at the price that hospitals are spending on food, a pound per meal is not enough for a healthy, nutritious meal for patients, some trusts are spending less than £5 a day on patient food.

“Would he also look at legislating for safe staffing levels so there’s enough nurses on the wards to feed patients, about a third of patients are eating less than half of the food that is served before them and are suffering from malnutrition.”