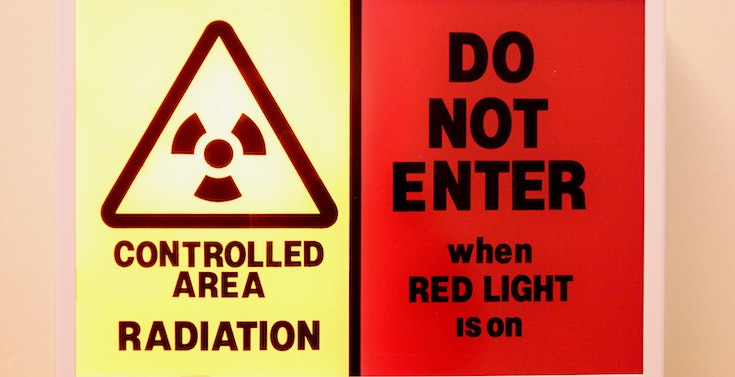 Taking a fingerprint of gut bacteria could help treat or even prevent the side effects of radiotherapy for prostate and gynaecological cancers, scientists say.

The mix of bacteria in the gut can indicate how susceptible individual cancer patients are to gut damage as a result of the treatment, new research suggests.

Scientists say that if patients at higher risk of gut side effects could be identified before radiotherapy, they could be given procedures such as faecal transplants to treat or even prevent damage.

Effects of radiotherapy on the gut can be long-lasting

Professor David Dearnaley, professor of uro-oncology at The Institute of Cancer Research, London, said: “Radiotherapy to the prostate and pelvic lymph nodes is an important way to manage cancer, but it can result in damage to the gut and unpleasant side effects for the patient, which can often be long-lasting and quite severe.

“Our study is the first to show that gut bacteria have an important influence on how susceptible patients are to gastrointestinal side effects from radiotherapy.

“We still need to do further studies to confirm the role of good bacteria, but if we can identify patients at the highest risk of gut damage we could intervene to control, treat or even prevent the side effects of radiation.

“If microbial treatments such as faecal transplants are found to reduce damage, for example, it could substantially improve patients’ quality of life.”

A team at The Institute of Cancer Research, The Royal Marsden NHS Foundation Trust and Imperial College London studied the bacterial fingerprint and faecal samples of 134 patients.

They did this at different stages pre and post radiotherapy to the prostate and pelvic lymph nodes.

Damage to the gut can often lead to bleeding, diarrhoea, abdominal pain, nausea and weight loss, and can occur during or shortly after radiotherapy, or from about three months afterwards.

The study, published in Clinical Cancer Research, found that patients with a high risk of gut damage had 30% to 50% higher levels of three bacteria types – Clostridium IV, Roseburia and Phascolarctobacteriu.

They also had lower overall diversity in their gut microbiome than patients who had not undergone any radiotherapy.

Researchers say this suggests patients with less diverse gut microbiomes and high levels of the three bacteria are more susceptible to gut damage.

They also believe these patients may require more good bacteria to maintain a healthy gut.

Therefore they may be more susceptible to side effects when these bacteria are killed by radiation.

Scientists say the next stage will be to explore whether it is possible to treat or prevent gut damage in people with high-risk microbiome fingerprints.

The research was funded by the NIHR Biomedical Research Centre at The Royal Marsden NHS Foundation Trust and The Institute of Cancer Research (ICR) and the Calouste Gulbenkian Foundation.