The Royal College of GPs wants to see an expansion of services for trans people. 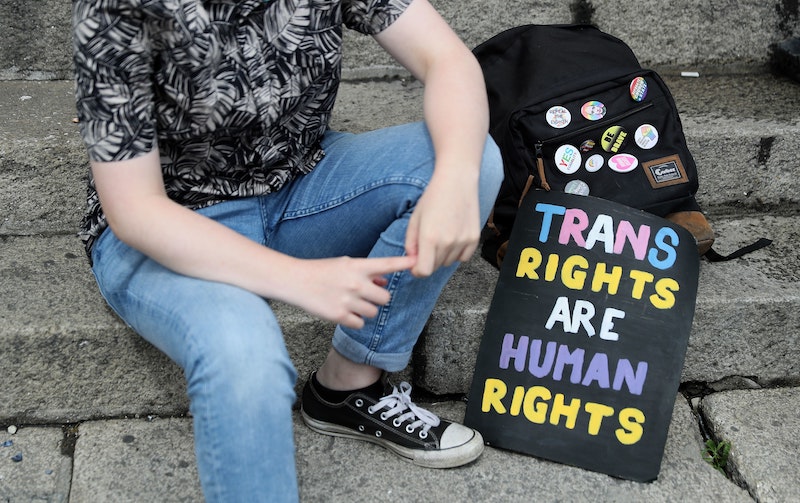 GPs are calling for more support to help transgender patients

GPs are under increasing pressure to provide care for transgender people without adequate training due to a lack of specialist clinics, doctors’ leaders have said.

Rising demand means family doctors face difficulty in accessing gender identity specialists in a timely way, with often “severe implications for the mental and physical health of their patients”, the Royal College of GPs (RCGP) said.

It stressed that GPs approached transgender patients as they did every patient – in an open, sensitive, respectful way and without bias.

But it added: “The RCGP recognises that GPs are not experienced in treating and managing patients with gender dysphoria and trans health issues.”

Calling for an expansion of services, the RCGP said: “GPs are under increasing pressure to provide services which are usually provided in specialist clinics.”

There are currently seven NHS gender identity clinics for adults in England, alongside three providers of adult genital reconstruction surgery.

In Scotland, there are four specialist clinics and one is in the pipeline for Wales.

The RCGP said that, in England, clinics had seen a 240% overall increase in referrals over the last five years.

In 2018, the average waiting time for an initial appointment at a gender identity clinic was 18 months.

In a position statement, the RCGP said more data was needed on the long-term effects of gonadorelin (GnRH) treatments for young people with gender dysphoria.

“There is a significant lack of robust, comprehensive evidence around the outcomes, side effects and unintended consequences of such treatments for people with gender dysphoria, particularly children and young people, which prevents GPs from helping patients and their families in making an informed decision,” it said.

“GPs are facing increasing difficulties addressing patient requests for ‘bridging’ prescriptions, particularly for those patients who have self-started medication, including medication which they have procured over the internet.”

IT systems are not up to date

GPs also faced difficulties with IT systems which did not accommodate transgender and non-binary patients in relation to referrals and screening.

For example, a trans male cannot be referred for a cervical smear or to a gynaecology clinic if they are recorded as male in the practice database, despite still having female reproductive organs.

The RCGP said the GP curriculum must be adapted to cover gender dysphoria and broader trans health issues and more ongoing training programmes were needed.

Professor Helen Stokes-Lampard, chairwoman of the Royal College of GPs, said: “It goes without saying that GPs and our teams should treat our trans patients on the basis of need and without bias, as we would any patient.

“This includes being mindful of the terminology and language we use when talking to our trans patients, based on each patient’s individual preference. “It sounds simple, but there are barriers to this, not least with our current NHS IT systems that only allow us to record a patient’s gender in a binary way.

“As well as unintended misunderstandings and the apparent lack of respect that can result from this, it also has serious health implications, for example, around referring trans patients for appropriate screening.

“This is an important area of medicine, and one for which GPs need greater clarity from regulators on where they stand.

“There is also a distinct lack of high-quality research in the area, and a lack of reputable clinical guidance available – particularly in respect to gender-questioning children – and addressing this must be a priority.”