Play video: "I'm doing this video to try and get rid of these myths and make you think more about your different options in Nursing."

General Practice Nurse, Claire Carmichael, clears up some of the common misconceptions surrounding GP Nursing, and explains why it’s such a great career path to consider.

And welcome back to another blog.

So this blog is all about common General Practice Nursing misconceptions.

Here at number one.

One of the biggest misconceptions is that you need previous experience or to be an experienced Nurse to go into general practice and this just is not true.

I myself was a Newly Qualified Nurse and I went straight into general practice without any experience.

So please don't be afraid to, just go for it.

Not only that, I also know a lot of other people, a lot of the GPN, SNN ambassadors that I work with as well.

Some of those people were Newly Qualified Nurses and they've gone straight into general practice.

So just have a look around and get applying.

Next up we have number two.

This is one of the second I think most common misconceptions out there that General Practice Nursing is somewhere to retire to.

And I've had a lot of comments saying, Oh I might just get some experience on the ward and things like that and then go into it later on in life.

If general practice is where you wanna be, just go for it.

And trust me you don't wanna be retired when you're into general practice.

I mean, obviously you want a long happy career and then retire from that career in general practice, you can do that.

However, it is hard work.

People often say this because they think General Practice Nurses sit around drinking tea all day, having a great time.

I mean, we do have a cup of tea every now and then, and we do have a great time, but it's not one of those lazy jobs that we sit around doing nothing.

We are so busy, we're up and down, up and down, we've got so many patients a lot more patients that you get in a day on the wards.

It is, it is hectic in General Practice Nursing.

And not only that, it's not just the fast pace but you're gonna get acute things through the door.

So you have to adapt yourself to every single scenario that you walk into.

You could have a baby in the morning for your immunisations.

Then you could have a smear test.

Then you could have an ECG for heart palpitations.

Then you could have some injections to do.

Then you could be called up for the flu vaccines or the COVID vaccines.

It doesn't matter what your day consists of.

There will always be something either added extra to your day, there'll be different variations throughout the day.

So it is busy and it is nonstop but it is the best career ever.

It's not somewhere just to retire to.

And all of that brings me very very nicely onto the misconception number three.

So this one is all about deskilling.

Why it people say this?

Oh, I'm gonna deskill as a GP Nurse because I won't be doing this and that.

No, I've never heard such nonsense in all my life.

So I feel personally, don't take offence to anybody out there.

I feel personally that I have definitely up-skilled in General Practice Nursing, because I'm doing so much more than I've done when I was out on placements, on the wards.

For example, if you were on an orthopaedic ward and that's where you wanna specialise that's absolutely brilliant.

I loved my orthopaedic placements.

However, the set of skills you have on that ward is very, very different to what you're gonna be doing in General Practice Nursing.

Do you have any questions about General Practice Nursing?

It's not one particular set of skills for one specialty, you're gonna be having to adapt and adjust all the time.

So you need all of those skills.

The only things I will say that we don't really do is things like IVs.

We don't really do IVs in General Practice Nursing.

But General Practice Nursing is a whole new set of skills that are just amazing.

And definitely I know I'm not deskilled.

People often think that to become a General Practice Nurse you need a whole load of extra qualifications.

So because of all the things that I've already discussed about deskilling or up-skilling and things like that, you will have to do extra training to become a General Practice Nurse.

However, you don't need those prior to going into General Practice Nursing.

It's something you're very much trained on the job to do so you will secure your job then you'll do the extra training to be able to do smears.

You will learn those skills on the job and they will either teach you on site.

Some GPs will put you through the different training courses as on when through practice or you will go on to the fundamentals of primary care course or sometimes it's called the foundations of General Practice Nursing course.

It depends where you are in the world.

So, they're the two kind of different ways of doing it.

So technically yes, you will do extra qualifications in training as a General Practice Nurse, but it's not something that you need specifically before training.

And in fact, you probably couldn't do before you get into that job, because you're not gonna learn those skills unless you're in the job, if that makes sense.

And my last misconception number five.

Though, a lot of people seem to think that General Practice Nursing is all about just seeing elderly people or you're just doing that same thing over and over again as a Practice Nurse but actually, that is probably one of the biggest myths maybe, I don't know.

I know this was kind of what I thought as well before I ever went into General Practice Nurse.

So all of these myths actually that I'm telling you are things that I thought before I even set foot into practice.

And it was only because as a Student Nurse that I got that placement in general practice and saw all of the amazing things that Nurses did out there and how amazing it is and fell in love with it.

That is how I got to know it.

So this is why I'm doing this video to try and get rid of these myths and make you think more about your different options in Nursing because you don't have to stick to that acute sector if you don't want to.

But anyway, I'm diverting from this.

So, no, we don't just see old people.

So yes, we will see older aged people as well but we also see, children, we see babies, we see pregnant people.

So we also deal with mental health crises.

So please don't think that General Practice Nursing is just for the older aged people because this is not true.

And the sort of things that we do do are like I've already discussed the baby immunisations.

We are doing things like contraception checks with younger people, as well as older people.

We'll see younger people as well for things like their injections if they're on any vaccinations, if they've got wounds, for example I treated a two year old with a burn to the leg.

So don't think that you're just gonna be seeing the same ages and the same type of patients because that's absolutely the biggest myth, I think, as well as the rest.

And no days are the same.

And you are not stuck doing the same things because there are so many things you will cover as a General Practice Nurse and the day is just go so fast and it's amazing.

So that is it from me.

That is all my misconceptions for General Practice Nursing.

If you can think of anything else, or any questions you would like to ask me, drop a comment below and I'll try my best to answer as best as possible or direct you to the place where you need to be.

Just have a little look and open your minds.

Do you have any questions about General Practice Nursing? 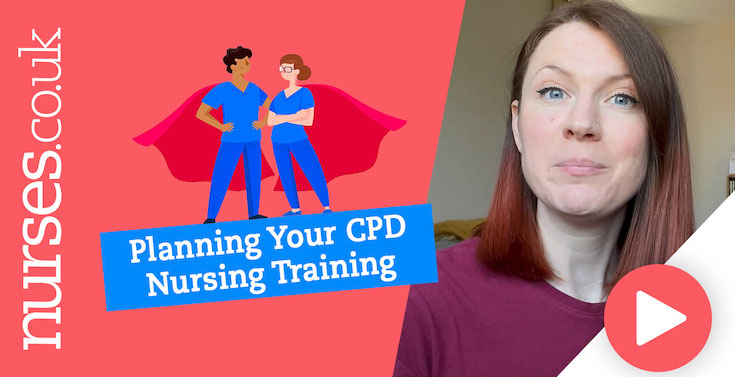 A Guide To Planning Your CPD Nursing Training

VIDEO: Continuing her guides to NMC Revalidation, GP Nurse, Claire, shares her simple steps for planning your CPD training with tips on developing yourself, both personally and professionally. 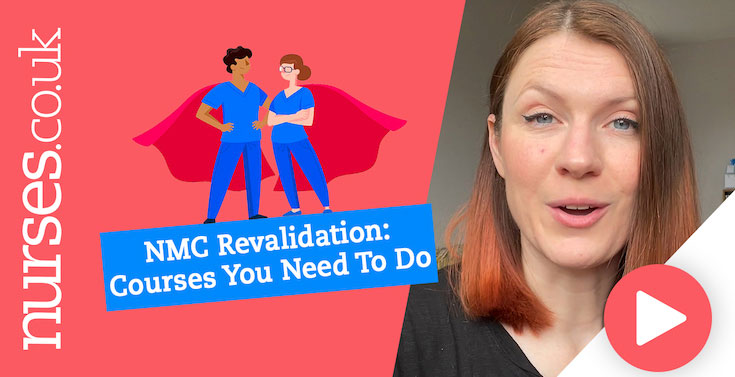 NMC Revalidation: What Training Courses You Need To Do

VIDEO: Following her previous video, GP Nurse, Claire, explains the training courses required for successful NMC revalidation, with tips and advice on how to manage your training effectively. 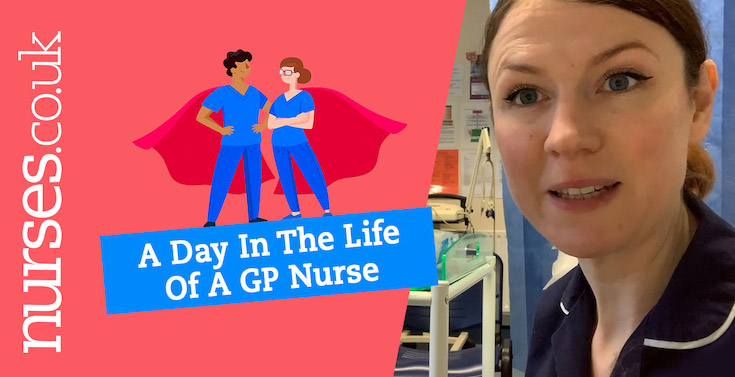 Day In The Life Of A General Practice Nurse

VIDEO: GP Nurse, Claire Carmichael, gives a video diary of her day to day as a GP Nurse with a run down of daily duties, as well as insights into the protocols and procedures of a practice.