Experts writing in the British Medical Journal said the drugs offer a tiny benefit for people at low risk. 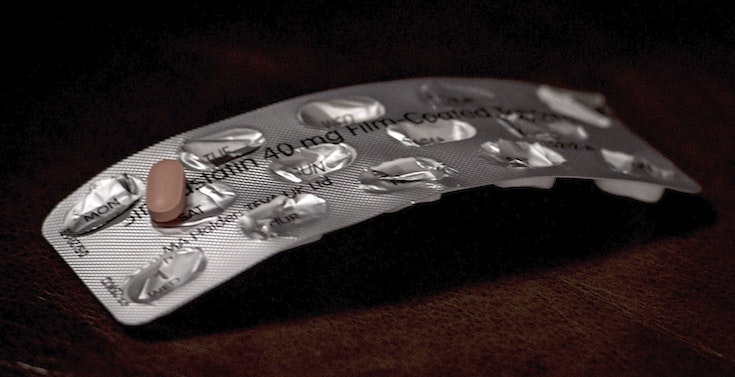 Statins, which cost pennies each, work by lowering harmful cholesterol in the blood

Statins cause harm to healthy people with little benefit

Giving healthy people statins could cause harm, with few benefits, experts have said.

NHS recommendations say millions of people who have not suffered a heart attack or stroke should take statins as a preventative measure.

However, experts writing in the British Medical Journal (BMJ) said the drugs could do more harm than good, and offer a tiny benefit for people at low risk.

Statins, which cost pennies each, work by lowering harmful cholesterol in the blood.

Low-density lipoprotein (LDL) cholesterol can lead to a build-up of fatty plaque in the arteries, which can cause blockages and lead to heart disease and stroke.

The National Institute for Health and Care Excellence (Nice) recommended in 2014 that statins be offered to people whose 10-year risk of cardiovascular disease, including heart attack and stroke, is greater than 10%.

This individual risk is worked out using factors such as ethnicity and social background, and whether the person smokes or has diabetes.

Paula Byrne and John Cullinan, from the National University of Ireland Galway, and Susan Smith, from the Royal College of Surgeons in Ireland, argue that the benefits of statins are unclear for many people.

They said research has found that statin use can be associated with a rare but serious increased risk of muscle problems, diabetes and haemorrhagic stroke.

They pointed to a study which found a 65-year-old man prescribed statins, who smokes, has high cholesterol and blood pressure, but no heart disease, could lower his absolute risk of heart disease or stroke over the next decade from 38% to 29%.

However a low-risk 45-year-old woman who does not smoke, but has high cholesterol and slightly raised blood pressure, would see her risk drop from the already small 1.4% to 0.8%.

They said this risk reduction is so small it may not justify taking a daily pill.

The researchers also looked at the introduction of 2016 European guidelines recommending more people be given statins.

They found the proportion of over-50s in Ireland who would have been eligible for statins increased from 8% in 1987 to 61%.

The number of people who would need to be treated to prevent one major cardiovascular event also went up substantially, from 40 people at the lowest risk in 1987 to 400 in 2016.

The researchers concluded: “Although statins are commonly prescribed, serious questions remain about their benefit and acceptability for primary prevention, particularly in patients at low risk of cardiovascular disease.”

The team said using statins for low-risk groups “may be an example of low-value care and, in some cases, represents a waste of healthcare resources”.

While there were clear benefits for some people, such as those with genetic conditions that raise cholesterol levels, “for most patients the benefits may be marginal at best”, they added.

More than 96 million NHS prescriptions were issued for statins in England last year.

In 2017 in the BMJ, experts said the Nice recommendation meant around 12 million people in England were eligible for statins.

Professor Metin Avkiran, associate medical director at the British Heart Foundation, said: “The evidence from numerous independent clinical trials going back more than two decades shows that statins are an effective way of people reducing their risk of a heart attack.

“We already know that the benefits are even greater for people who have already had a heart attack or stroke.

“An important area of debate here relates to the magnitude of benefit provided by statin treatment in people who are at relatively low risk and whether that benefit outweighs the risk of side effects.

“People who fall into this category should arrive at a decision together with their GPs.”

Professor Helen Stokes-Lampard, chairwoman of the Royal College of GPs, said the college had previously voiced concern about lowering the threshold for initiating statin therapy because of the potential for overdiagnosis.

She said: “Like any medication, statins can have side effects, and some patients simply won’t want to take medication long term – but GPs are highly trained to prescribe and will only do so if they think it is in the best interests of the patient in front of them, and after a full and frank conversation about any associated risks and benefits.

“Patients certainly have the right to question whether statins are the best course of therapy for them – as they do with any prescribed medication – and as with any long-term medication, it’s important that regular reviews are undertaken to determine if they are proving beneficial for the patient, based on their current circumstances.

“As with all new research, it is important that the findings are considered as clinical guidelines are updated and developed in the best interests of our patients.”

• Patients experiencing serious harm and pharmacists shouted at over shortages