Every woman screened for IVF treatment within one-year target

New waiting time statistics show that every eligible woman in Scotland was screened for IVF treatment within a year of referral so far in 2019. 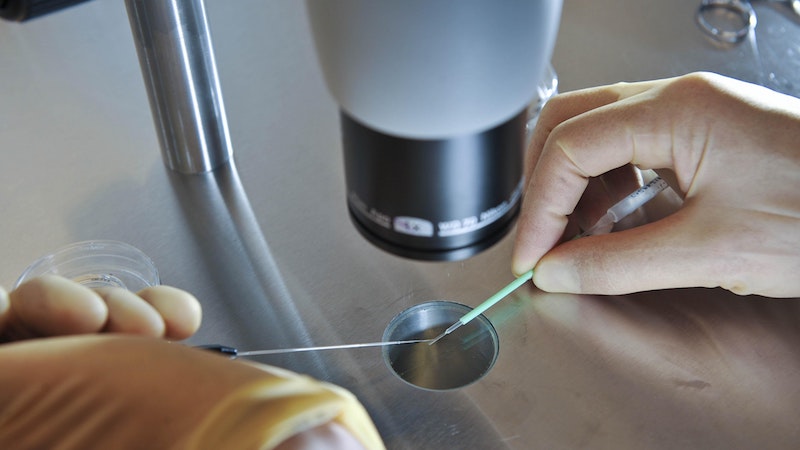 Every single woman waiting for IVF in Scotland was screened within one year, new waiting time figures reveal.

In the first three months of 2019, 100% of eligible patients waited less than a year between referral to screening appointment for in vitro fertilisation (IVF) treatment by the NHS.

More than three-quarters of patients (75.7%) were seen within six months, the official statistics show.

The reproduction treatment is provided at four centres across Scotland – Aberdeen, Dundee, Edinburgh and Glasgow – and in the first quarter of 2019 there were 366 patients screened for treatment.

The target of 90% of patients to undergo tests within a year of referral has been met every quarter since being introduced in March 2015.

"The target for IVF referral has been exceeded for the past three years, and since July-September 2017 all eligible patients have started treatment within a year of referral" - Joe FitzPatrick, Minister for Public Health

Commenting on the IVF waiting times figures, Public Health Minster Joe FitzPatrick said: “Scotland continues to lead the way in the provision of NHS IVF treatment and we want to make access to treatment on the NHS as fair as possible – giving more people the opportunity to conceive.

“The target for IVF referral has been exceeded for the past three years, and since July-September 2017 all eligible patients have started treatment within a year of referral.

“To support our IVF target, we have invested nearly £28 million over the past five financial years specifically to reduce and crucially to maintain waiting times. 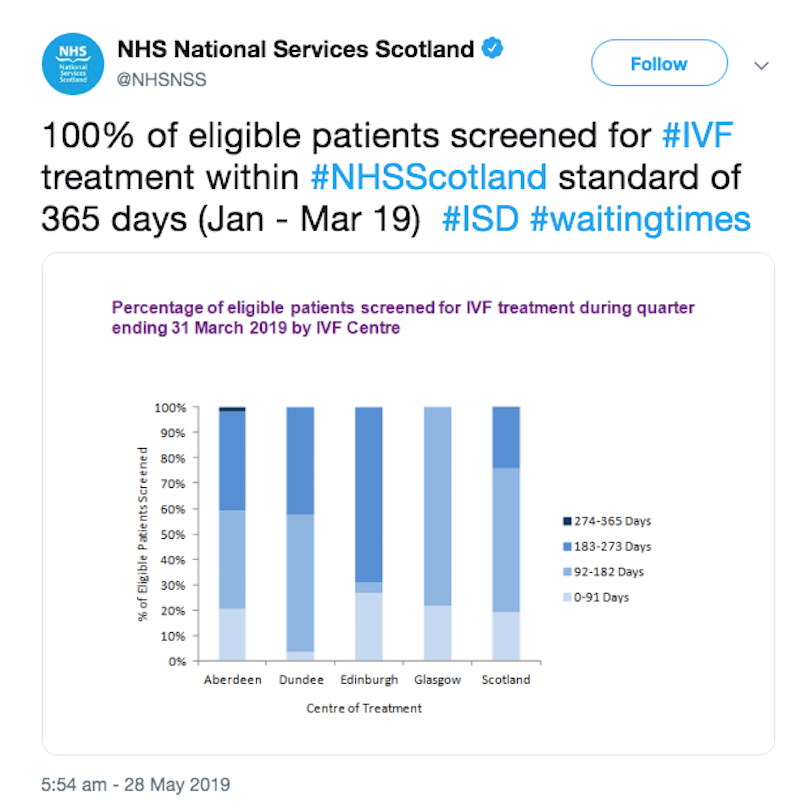 The health board’s general manager for obstetrics and gynaecology, Michelle McLauchlan, said: “The development and maintenance of the state of the art facilities at Glasgow Royal Infirmary and the implementation of a seven-day service allowing women to have embryo transfers where required at weekends, continue to contribute to improved success rates.

“The development of the clinical facility is supported by Scottish Government and NHSGGC funding and a dedicated team of medical, nursing and embryology staff led by Dr Helen Lyall and Isabel Traynor are leading the way in changing clinical practice.”