Kate, who became patron for the Anna Freud National Centre for Children and Families in February 2016, will open the Kantor Centre of Excellence. 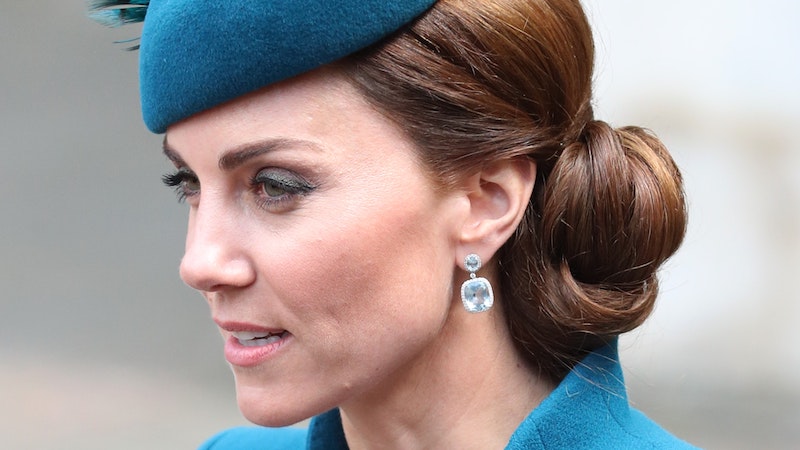 Kate is patron of the charity, and will open its new centre in King's Cross, London.

The Duchess of Cambridge will open the new home of one of the country’s leading mental health charities for children and young people.

Kate is the patron of the Anna Freud National Centre for Children and Families and will launch its Kantor Centre of Excellence in London’s King’s Cross.

The organisation has moved its various departments under one roof, bringing together the best in research, policy and practice. 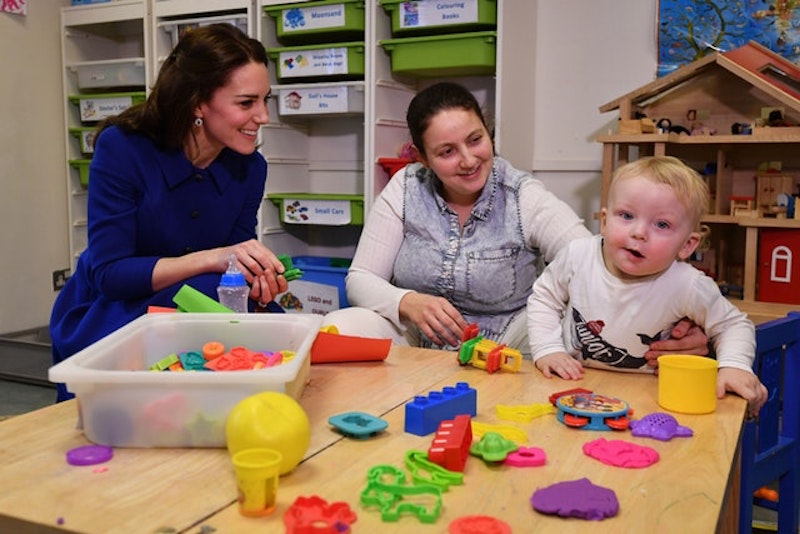 Kate meets families during a visit to an early years parenting unit in north London run by the Anna Freud National Centre.

It will be a space where leaders in neuroscience, mental health, social care and education work together with children and young people to improve understanding and practice.

The centre will provide training for professionals and postgraduate teaching for the leaders of tomorrow.

At the heart of the centre will be the Pears Family School, a school for children who have been excluded.

Kate will visit the school and meet children and their families and take part in a music class during her visit. 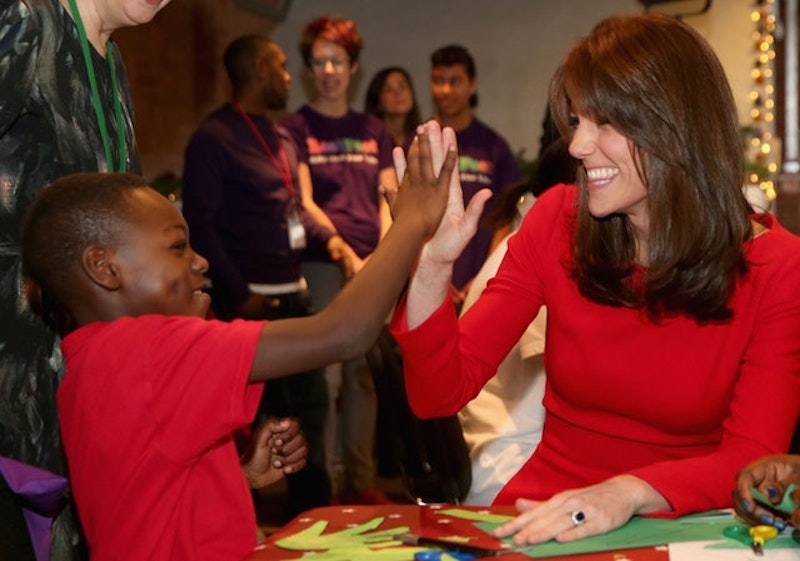 The duchess is given a high-five as she attends the Anna Freud Centre Family School Christmas party in north London.

The centre is named after Anna Freud, the pioneer of child psychoanalysis – and daughter of the famous psychoanalyst Sigmund Freud – who was instrumental in its creation.

She set up the Hampstead War Nurseries in 1941 in response to the social and emotional upheaval faced by children in wartime, and over the decades it developed into a centre of teaching and research and a major service provider.

“Opening our new building is our contribution to this – giving parents, communities and practitioners the skills, knowledge and support to help children build their health and wellbeing, and the confidence to seek professional help when needed.”