Doctors backing the Extinction Rebellion movement have blockaded the Department of Business, Energy and Industrial Strategy to highlight the impact of climate change on public health. 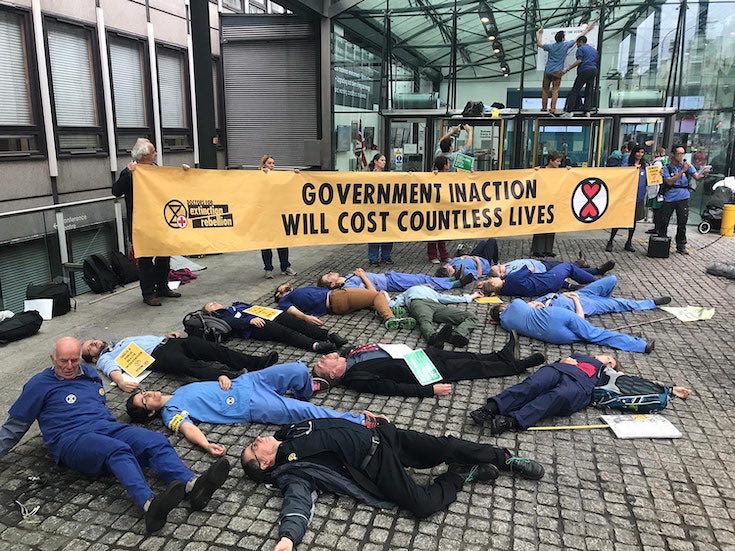 Thirty doctors from all over the UK joined the protest on Wednesday to call on the Government to take rapid action to create a carbon neutral health service.

Two doctors scaled the building to glue themselves to the glass porch over the entrance, while several others held a banner reading “government inaction will cost thousands of lives”.

The protesters told police they would not move until a representative from the department came to speak with them.

“The last four years were the hottest on record, this July was the hottest July on record and it’s no surprise we saw the highest level of A&E admissions. 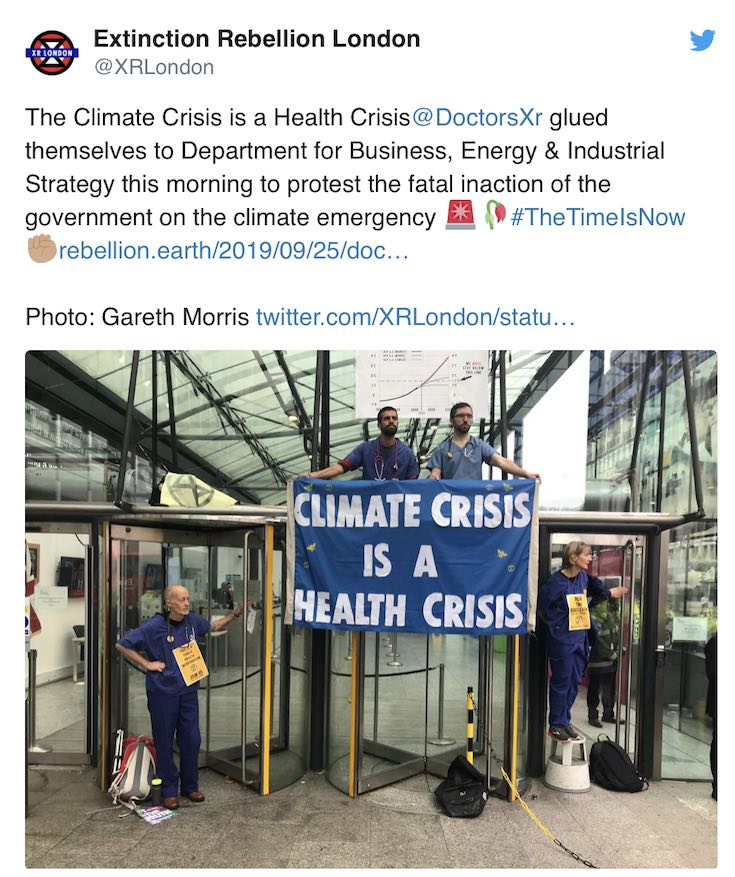 “For every one degree of warming there is a 3.4% increase in cardiovascular disease mortality and a 3.6% increase in respiratory mortality.

“The wonderful thing is that what we need to do to combat climate change is incredibly good for our health.

“Stop eating meat, it’s the biggest cause of colon cancer; stop driving our cars and walk, tackling diabetes and obesity.

“The climate emergency is intimately linked with every aspect of our health.”

Chris Newman, one of the two men glued to the building, said in a statement: “Climate and ecological breakdown poses one of the greatest threats to public health the world has ever faced. 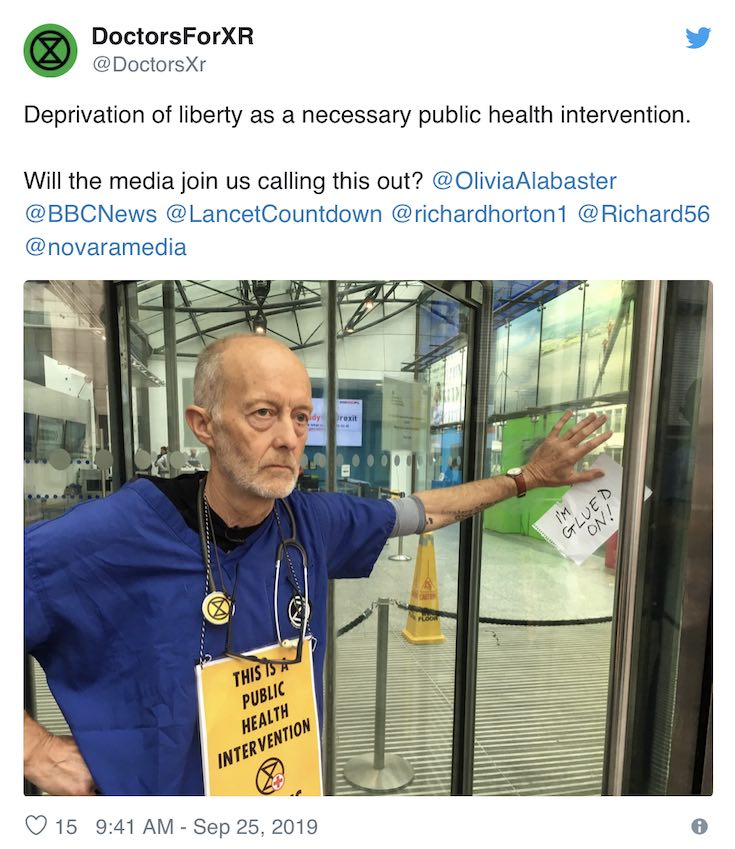 “Yet the Government is failing to take meaningful steps to protect its citizens.

“Non-violent peaceful protests like today are essential public health interventions for getting the government to take immediate action.”