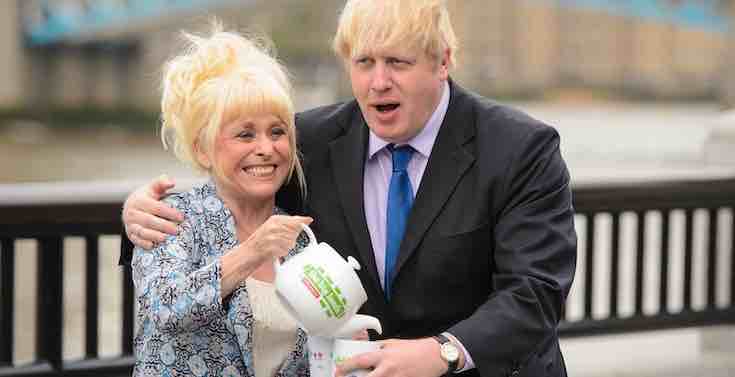 Dame Barbara Windsor will deliver a letter to the Prime Minister calling on him to address the “devastating state” of dementia care.

The Carry On and EastEnders actress, who was diagnosed with Alzheimer’s disease in 2014, will be joined by her husband Scott Mitchell at 10 Downing Street on Monday.

The open letter from the Alzheimer’s Society to Boris Johnson has been signed by more than 100,000 people and calls on the Prime Minister to improve dementia care through immediate investment in an NHS Dementia Fund, while addressing long-term reform for the social care system as a priority.

Dame Barbara, best known as pub landlady Peggy Mitchell in EastEnders, recorded a thank you video to everyone who has supported the campaign and signed the letter.

“Thank you all so much for showing your support in signing the letter to our new Prime Minister. It means so much. Let’s make this happen, and fix dementia care,” she said. 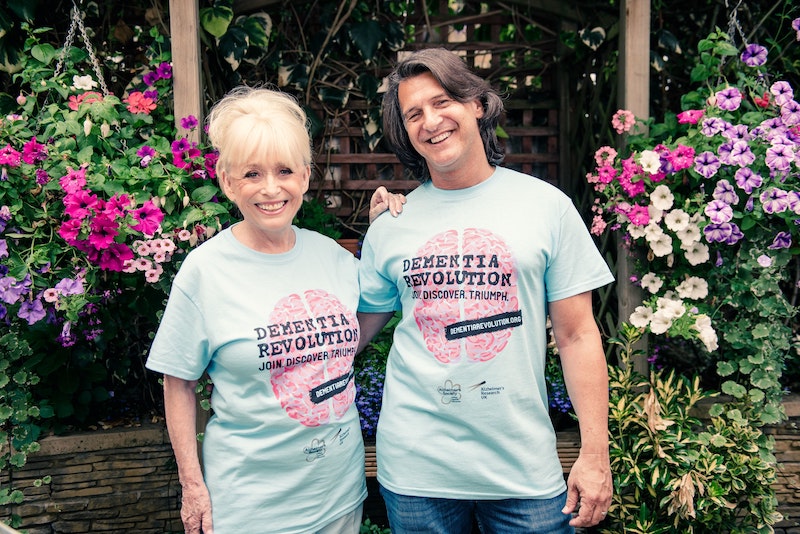 The letter to Mr Johnson says: “We are writing to you as people affected by dementia, their families, friends and supporters. Together with Alzheimer’s Society, we are calling on you to address the devastating state of dementia care through the Spending Review this autumn.

“Our experience is of a care system that too often doesn’t care – one that is completely inadequate, unfair, unsustainable and in dire need of more money.

Across the country dementia care is difficult, an in some places even impossible, to access.

“Where support is available, it is of hugely variable quality and unaffordable for far too many. Too often, people with dementia end up hospitalised through lack of care, leading to enormous cost for the NHS and great personal cost to themselves.

“The collective political failure to agree to deliver care reform over decades has left us with a system in crisis. It is families that pick up the strain. Daughters, sons, partners and friends are stepping in and spending 1.3 billion hours a year providing care – many are at breaking point. 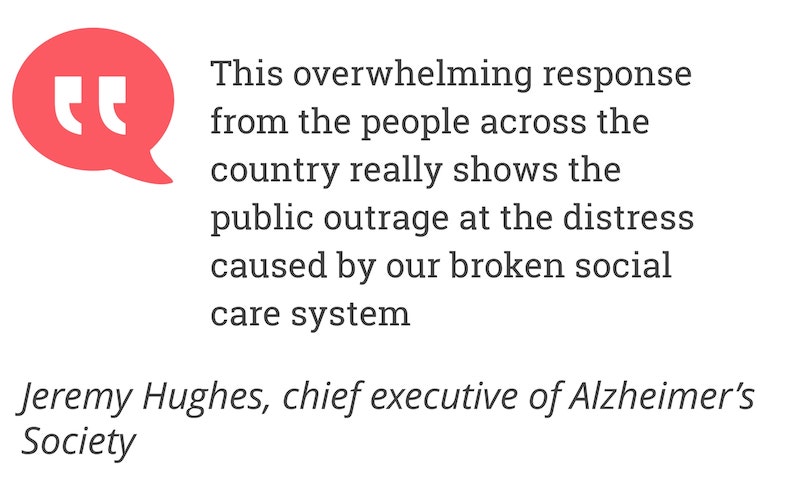 “Immediate investment in dementia care, through a Dementia Fund proposed by Alzheimer’s Society, while a long-term funding solution is sought. Decisive action to fix dementia care funding, without delay, must be an immediate priority for your Government.

“We stand with people affected by dementia in urging you to Fix Dementia Care.” Mr Mitchell said:

“My wife Barbara and I are so proud to be delivering this letter today from the Alzheimer’s Society and all the tens of thousands of people who have signed it.

“This overwhelming response from the people across the country really shows the public outrage at the distress caused by our broken social care system.”

“How much more evidence is needed? Charities, businesses, the NHS and social care leaders themselves are united in exposing the alarming state of social care and the urgency needed to address it.

“We must end the dementia tax – we need an NHS Dementia Fund to address the most immediate needs while we must urgently see a long-term solution for social care being made a priority.”