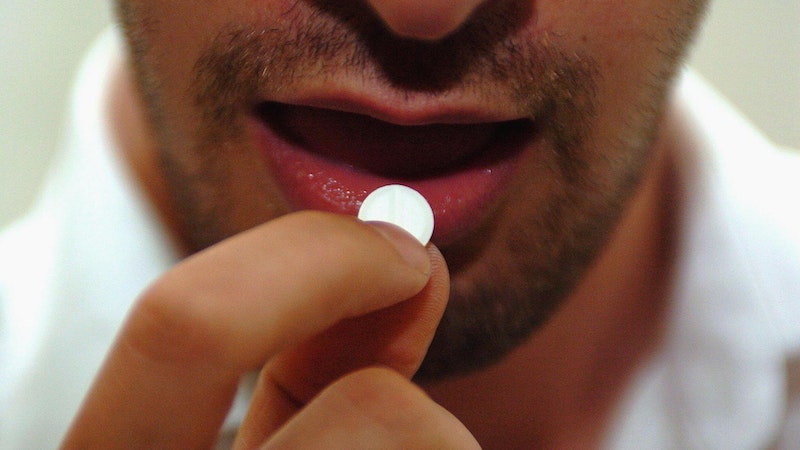 Enzalutamide, which works by blocking the effect of testosterone on prostate cancer cells, is already available on the NHS for men with prostate cancer who are no longer responding to hormone injections.

The initial findings of a study, presented at the American Society of Clinical Oncology annual meeting in Chicago, indicate the medicine could also benefit patients when used alongside hormone injections, as soon as they are diagnosed with metastatic cancer.

Four in five (80%) of the men who received enzalutamide were alive after three years, the study found, compared to 72% of those who received the standard treatment.

Overall, the risk of death decreased by around a third (33%) among men receiving enzalutamide, the researchers said.

Christopher Sweeney, one of the lead researchers, from the Dana-Farber Cancer Institute in Boston, US, said: “Physicians and patients with prostate cancer now have a new treatment option with enzalutamide, and this is especially relevant for men who cannot tolerate chemotherapy and have a lower burden of disease seen on scans.”

Dr Matthew Hobbs, deputy director of research at Prostate Cancer UK, described the findings as “positive”, but said the treatment does not appear to be more effective than the current UK standard of chemotherapy and hormone injections and is more expensive.

Chemotherapy drug docetaxel and abiraterone, which also switches off testosterone production, have similarly been shown to boost life expectancy among men with this advanced form of the disease.

“Prostate Cancer UK is funding research that will help clarify whether there are any significant differences in the benefits these treatments can provide, and whether certain groups of men respond better to each,” Dr Hobbs said.

“This should help lead to more personalised treatment decisions in the future, so each man gets the most effective choice for him.

“In the meantime, there are some men diagnosed with advanced prostate cancer who cannot have chemotherapy, and we want to see another treatment option made available to them so that they can benefit from the additional months of life that having abiraterone or enzalutamide can provide.

“We will be working with appraisal bodies and the manufacturers to find a way to make this happen.”