Boris Johnson refuses to look at a photo of Jack Williment-Barr covered with coats and lying on a hospital floor as he waited for a bed. 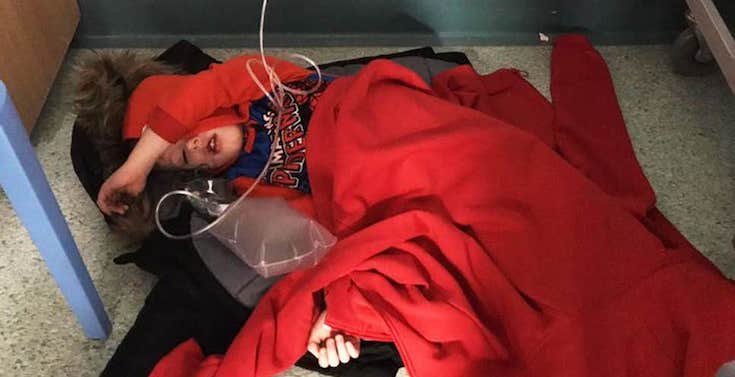 Photo of Jack Williment-Barr lying on a hospital floor

Boris Johnson has come under fire for his lack of empathy over the treatment of a four-year-old boy who was left sleeping on the floor of a hospital because of a bed shortage.

Jack Williment-Barr had to be covered with coats by his mother Sarah Williment to keep warm as he waited for a bed at Leeds General Infirmary (LGI) with suspected pneumonia.

A photograph of the youngster has been widely shared on social media, turning his treatment into a political row – just days before the polls open for Thursday’s General Election.

Health Secretary Matt Hancock was sent to the hospital in a bid to quell the storm – and said he had apologised to the family.

According to the BBC, an adviser to Mr Hancock was punched outside the LGI following the visit. West Yorkshire Police said it was not immediately aware of any related arrest and the hospital declined to comment on any aspect of the visit. A video posted to social media showed Mr Hancock being heckled by protesters as he left the hospital.

Asked about the incident during an interview on LBC, the Prime Minister said: “Of course I sympathise very much and I apologise to everybody who has a bad experience. “By and large I think the NHS do an amazing job and I think that they deserve all praise for the service they provide – but they do need investment and that’s why we’re doing it now.

In a later development Mr Johnson refused to look at a photo of the boy when a reporter invited him to do so.

Instead, he took the journalist's phone and put it into his pocket, later returning it with an apology.