Thousands were infected with HIV and hepatitis C through infected blood during the 1970s and 1980s. 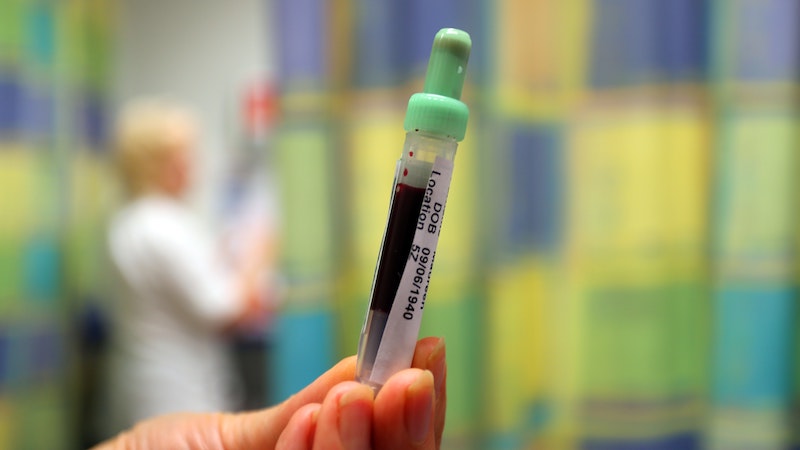 Chair Sir Brian Langstaff said he has read many of the witness statements already.

The inquiry into the infected blood scandal will be “frightened of no-one”, its chair said, as he thanked victims for their bravery.

Former High Court judge Sir Brian Langstaff promised to put people at the heart of the probe and said he has read many of the witness statements already, describing them as “harrowing” and “incredibly moving”.

Thousands of patients were infected with HIV and hepatitis C via contaminated blood products in the 1970s and 1980s.

"I have already read a large number (of witness statements) more than once, some a number of times. Some are harrowing; some incredibly moving; some chillingly factual. All are valuable. There are more to come" - Sir Brian Langstaff

The Infected Blood Inquiry will hear evidence at Fleetbank House, in central London, for the rest of the week.

Two previous inquiries have been branded a whitewash by campaigners.

Inquiry chairman Sir Brian thanked those who volunteered statements and told the packed hearing room: “I have already read a large number more than once, some a number of times.

“Some are harrowing; some incredibly moving; some chillingly factual. All are valuable. There are more to come.

“For many, making a statement has been, and for some, it yet will be, an act of bravery, which I would like to acknowledge publicly here and now; it may have stirred up, and may yet stir up, distressing memories.

“I understand some simply cannot bring themselves to make a statement because it is too much.”

Sir Brian described Tuesday as a “significant” day for the inquiry and added: “At the preliminary hearings I set out the principles that were to guide this inquiry. 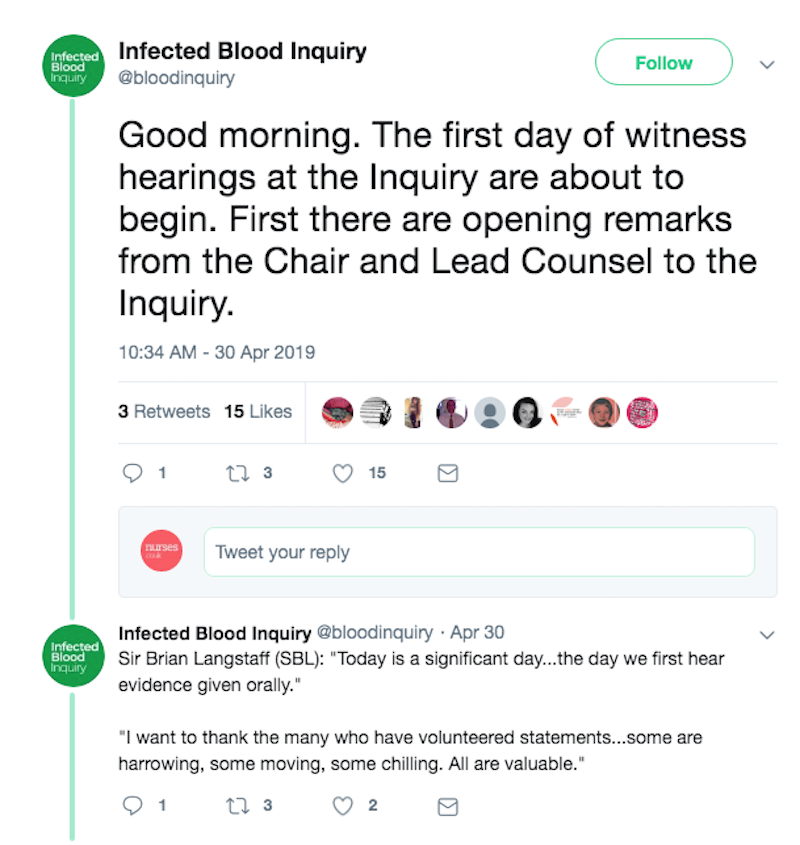 The first day of witness hearing began on the 30th April 2019. Sir Brian Langstaff describes some of the accounts as 'harrowing'.

“They were, first and foremost, putting people at its heart, UK-wide; being as quick as reasonable thoroughness permits; paying proper respect to a person’s right to be heard; being as open and transparent as it is legally possible to be; being independent of Government, and frightened of no-one in the conclusions it draws.”

Sir Brian said the inquiry would recognise that people have different perspectives.

“It cannot be just a favoured few, or for that matter a favoured many, who are at its heart.

The inquiry heard NHS England had written to GPs to help them support patients who have or who believe they may have been exposed to risks associated with infected blood or blood products.

The letter, dated April 11, said the greatest risk was in relation to hepatitis C, which often doesn’t have any noticeable symptoms until the liver has been significantly damaged, meaning people could be infected without realising it.

It said that because symptoms can be mistaken for other conditions, doctors should consider checking if patients with flu-like symptoms, tiredness, loss of appetite, abdominal pain and feeling or being sick had received blood or blood products prior to 1991.

It added: “The only way to know for certain if these symptoms are caused by hepatitis C is to get tested. Clinical staff should, therefore, consider asking patients who present with nonspecific symptoms whether they may have had blood or blood products prior to 1991 and offering them a screen for blood-borne viruses.”

After the inquiry hears from victims in central London, there will be similar testimonies take place over the coming months in Belfast, Leeds, Edinburgh and Cardiff.