A common antidepressant does little to relieve symptoms of depression but is effective at cutting anxiety, researchers say. 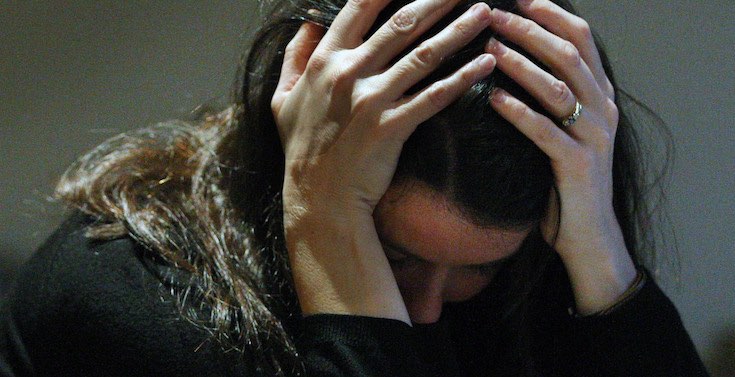 The biggest study of its kind found that most people taking sertraline saw little or no effect on depressive symptoms, such as low mood, lack of interest in things and poor sleep, in the first six to 12 weeks of taking the drug.

However, sertraline did cut symptoms of anxiety, such as worrying and feeling nervous or restless, and people were twice as likely to say their overall mental health had improved and they felt better.

Experts said they were “surprised” by the findings relating to depression but it was clear the drugs helped cut anxiety and should continue to be prescribed by GPs.

The study, published in the journal the Lancet Psychiatry and led by University College London (UCL) researchers, was conducted in GP surgeries across England. It included 653 people aged 18 to 74 experiencing depressive symptoms, who were split into two groups.

The results showed depressive symptoms were 5% lower after six weeks in the sertraline group, which was “no convincing evidence” of an effect.

After 12 weeks, there was a 13% reduction – a finding the experts described as “weak”.

But the drug did offer clear benefits on reducing anxiety, with a 21% reduction in symptoms at six weeks and 23% at 12 weeks.

People on sertraline were twice as likely to say they felt better and their overall mental health had improved.

Professor Glyn Lewis, head of division at UCL Psychiatry, who led the study, said: “Antidepressants work but perhaps in a different way to the way we had originally thought.

“They seem to be working on anxiety symptoms first before any smaller, and later, possible effects on depression.

“We definitely need better treatments for depression – we need more research in this area.

The researchers said people with depression most often have symptoms of anxiety – something the drug offered clear benefits for.

“It would be unusual for somebody with depression or depressive symptoms not to be experiencing several other symptoms of anxiety.

“It appears that people taking the drug are feeling less anxious, so they feel better overall, even if their depressive symptoms were less affected.

“We hope that we have cast new light on how antidepressants work, as they may be primarily affecting anxiety symptoms such as nervousness, worry and tension, and taking longer to affect depressive symptoms.”

The study, funded by the National Institute for Health Research (NIHR), is the largest placebo-controlled trial of an antidepressant which has not been funded by the pharmaceutical industry.

It included people with mild to moderate symptoms of depression for whom there was clinical uncertainty over whether they actually needed treatment.

Just over half (54%) met a commonly used criteria for depression, while 46% met the criteria for generalised anxiety.

There were 30% who met the criteria for both conditions, 15% who had mixed anxiety and depressive disorder, and 15% who did not meet the diagnostic criteria but still had symptoms.

The researchers said their findings suggest antidepressants may benefit a wider group of people than previously thought, including those who do not meet the criteria for depression or generalised anxiety disorder.

Sertraline is a selective serotonin reuptake inhibitor (SSRI), the most common class of antidepressant.

Professor Helen Stokes-Lampard, chairwoman of the Royal College of GPs, said: “It is well-established that it often takes a while for patients to feel the full benefits of modern antidepressants and that they work best when taken for significant periods of time, which is one reason why doctors will often review patients after several weeks of use and then prescribe a fairly long course of the drugs, if they appear to be beneficial.

“This study gives an interesting insight into how a medication primarily used to treat depression may be improving a patient’s health in other ways in the shorter term, by reducing symptoms of anxiety, which is often associated with depression.”

Dr Sameer Jauhar, a senior research fellow and consultant psychiatrist in the NHS, said: “The findings that anxiety symptoms, though not depressive symptoms, improved relatively quickly, and that people felt better taking these medicines, probably reflects why GP do prescribe them.

“It is not surprising that depressive symptoms did not improve to a great extent, given that only around half the people had a diagnosis of depression.”