Dr Wolverson said he was ‘rather fearful of the consequences’ after finding out about the inquiry. 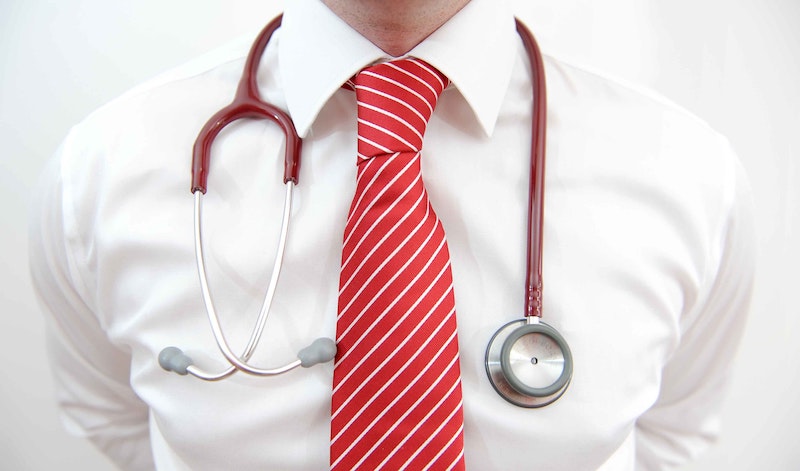 Dr Wolverson was reported to the General Medical Council.

A petition to prevent the sacking of a doctor who asked a Muslim patient to remove her veil in order to hear the details of her daughter’s medical condition has reached over 59,000 signatures.

Dr Keith Wolverson admitted he was “rather fearful of the consequences” after finding out he had been reported to the General Medical Council (GMC) and would be the subject of a racial discrimination inquiry.

But despite being upset at the inquiry, Mr Wolverson said he was “absolutely bowled over” by the petition.

He said there was no sign the patient was upset during the consultation at the Royal Stoke University Hospital last June.

The freelance GP, who has been practising for 23 years, told the Press Association that because of the support, he would continue to “fight to the bitter end” in order to carry on working in the profession.

Speaking about the incident, the 52-year-old, from Derby, said: “I asked a lady to remove her face veil for adequate communication, in the same way I’d ask a motorcyclist to remove a crash helmet.

“When the letter came through, I was rather fearful of the consequences.

“I’m a little bit sad the country has been committed to depths such as this.

“But it takes more than this to knock me off my perch.”

The online petition, which was set up for Mr Wolverson through change.org, has now reached over 59,700 signatures.

“I believe he acted in the best interest of the child involved and there was no racist or religious discrimination in his actions."

The creator of the petition, titled “Stop Dr Wolverson getting fired”, said they believed the doctor acted in “the best interest of the child”.

The description on change.org reads: “I would like to get as many people as possible to sign this petition and save this man’s reputation.

“I believe he acted in the best interest of the child involved and there was no racist or religious discrimination in his actions.

“We need to ensure the General Medical Council treat this man fairly and look at all the evidence."

"Our NHS is severely understaffed and we cannot afford to lose doctors due to fabricated accusations of discrimination.”

Addressing the number of signatures on the petition, Mr Wolverson said: “I have been absolutely bowled over by the support.

“It has reaffirmed to me how wonderful people really are.

“I am going to fight it until the bitter end.”

Mr Wolverson continued: “The trouble is, I’m a freelance doctor and if you get reported to the GMC you don’t get any offers of work.

“Yes I want to carry on, yes I will carry on, but it is academic until the inquiry is over.”

Mr Wolverson said he expected to face a hearing from the GMC which would decide on his future.

The Doctors Association said: “It is of utmost importance that the religious wishes of our patients are respected.

“However, evidently there are some circumstances where removal of a niqab or burka is necessary for medical assessment and treatment.

“Regardless of whether this complaint is upheld, the General Medical Council should consider issuing clear guidelines to protect both doctors, and our patients.”

“Our guidance makes clear that we expect doctors to treat patients’ beliefs and choice of religious dress with respect.

“If having exhausted all possible alternative communication approaches a doctor believes they cannot provide safe care without seeing a woman’s face, they can sensitively explore whether she would be willing to remove her face covering.

“Should this cause her distress the doctor will need to continue with other channels of communication.

“If a doctor follows this guidance and treats patients politely, honestly and with sensitivity, then they have nothing to fear from being referred to the GMC.

“The full facts of this case have not been aired, nor should they be until the issue has been examined fully and fairly.

“Doctors and patients have a right to expect that we carry out investigations in an even-handed way, so we will not be commenting on the specifics of the case referred to us by Dr Wolverson’s employer.

“Employers only refer cases to the GMC where the conduct or behaviour of a doctor raises a serious concern around future care of patients.”